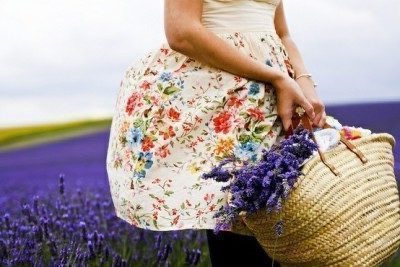 La blooming lavender it must be a show of scents and colors that should be seen at least once in a lifetime, if only because unlike the Flower Fields it is not that far away, but in Provence!

In this part of southern France lies the blooming lavender, which like all flowers does not stay forever, which is why you need to know the dates and times to seize the moment.

Here then is a calendar on flowering periods and related areas.

In the Baronnies au Buëch: from mid-July to the second fortnight of August.

Between Ventoux, Luberon and Lure: from 15 July to 15 August.

From Haute Provence to Verdon: from 15 July to mid-August.

Obviously the flowering periods vary a little according to the vintages, be careful and ready then and good flowering!

Audio Video Witness the blooming of lavender in Provence
Where to eat near Biella: the Taverna del Gufo ❯

The Eiffel Tower in Paris, prices, information and tours

Valentine's Day in Paris at One by Five, no low cost

3 proposals for a Valentine's Day in Paris

Thello, from northern Italy to France by train

add a comment of Witness the blooming of lavender in Provence