What to see in Uzbekistan: the magic of the Silk Road

All the main monuments of Khiva can be seen in one day, but I would have stayed one more day to enjoy the beautiful atmosphere of a thousand and one nights that this city offers.

To visit it start from the north gate of the walls because here you can buy the cumulative ticket (valid for 2 days) which will allow you to enter almost all the main monuments at a cost of 6100 Som (well 1,3 euros which also include the pass to be able to take pictures). Immediately ahead you will see the Kalta Minor minaret, a squat minaret covered with blue tiles, whose construction has been interrupted. In the plans it was supposed to be the largest minaret in the country but this rather unusual squat structure that cannot be climbed on remains. On the opposite side of the road is the Kuhna Ark, what was once the fortress and residence of the kings of Khiva; inside there are the harem, the Mint, the stables, the arsenal, the barracks, the mosque and the prison. Visit it during the day but come back at sunset to go up the watchtower, right next to the city walls, from which you can enjoy a magnificent view (to go up you pay a separate ticket). An alternative to see a beautiful sunset is the terrace of the namesake “Cafe Terrassa” which is located just outside the entrance to the Kuhna Ark (you can also eat well). Other things not to be missed are: the Bazaar (go there in the morning!) which is next to Khiva's south gate, la Islom-Hoja medressa with minaret highest in Uzbekistan (you can go up but watch out that the steps are high and you go up practically in the dark, but the view from the top deserves), the Palazzo Stone Yard (the most beautiful palace in the city with 150 rooms and very nice decorations), and the mausoleo di Pahlvon Mahmud (if you pay separately). 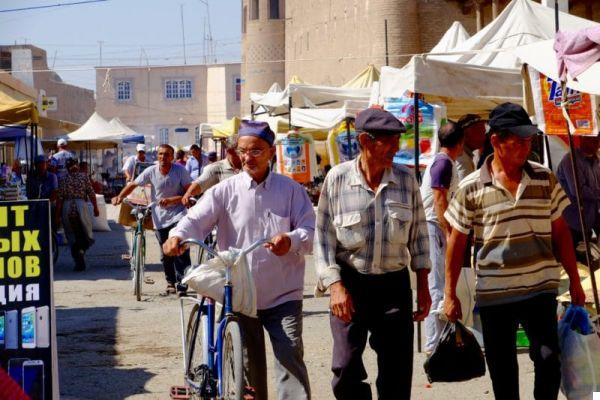 What to see around Bergamo ❯

Venice: 5 islands of the Venetian Lagoon to discover

Wi-fi in Seville: where to find it

add a comment from What to see in Uzbekistan: the magic of the Silk Road