An itinerary through the streets of Portugaro, to know the most important things to see so as not to miss anything in the beautiful Venetian city. 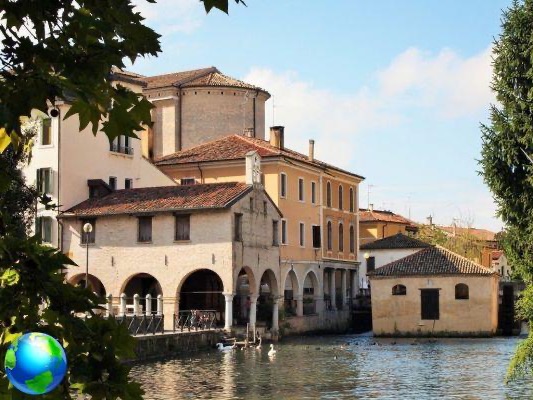 I had already been to Portogruaro, but passing through, this time instead I had the opportunity to dedicate more time to this small town, accompanied by people who live there every day to discover its beauties.

Many (and I was among them until recently) probably don't know that Portogruaro is located in Eastern Veneto, a few tens of km from Venice and close to the beaches of Bibione and Caorle and which is a town with a lot of history behind it, which amazes for the corners of tranquility it can offer. 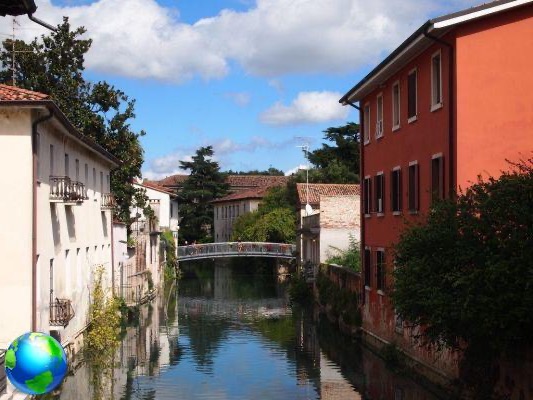 In the Middle Ages, to access the city you had to cross the walls that protected the town, now only three of the ancient gates remain, which you cross to go to the center: Porta S. Agnese, S. Gottardo and S. Giovanni with a very small part of the original walls.

Almost every street is lined with arcades, which especially in via Martyrs of Liberty they open glimpses on the walls of the nearby buildings, showing beautiful windows in Venetian and Gothic-Renaissance style, demonstrating how much Portogruaro has been influenced by the Serenissima in its history and architecture.

Once in Piazza della Repubblica, one cannot fail to notice the elegance and beauty of the building that houses the town hall: a fourteenth-century building in Gothic style with an exposed stone facade and the upper part decorated with battlements so beautiful that they look like embroidery; inside, some of the works of the artist Luigi Russolo, a native of Portogruaro and one of the fathers of the Futurist Manifesto, are also visible. 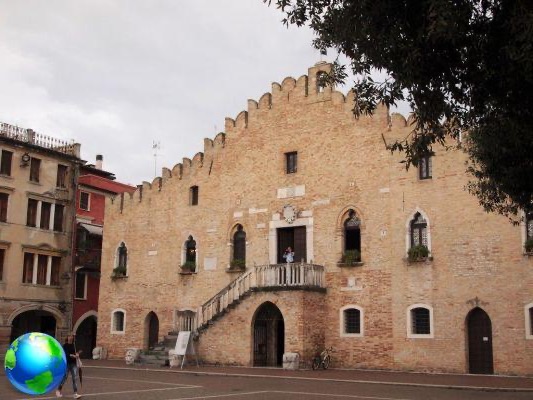 From the square in a few steps you can reach the bank of the Lemene, the river that crosses the town and offers some of the most evocative and romantic views, like the one that opens here, just behind the town hall: a body of water with ducks and swans that let themselves slide placidly in front of the fish market, next to the two beautiful mills of the thirteenth century, restored and equipped as places of contemporary art exhibition.

Crossing the Sant'Andrea Bridge, behind the mills, you reach the other bank of the Lemene, which you can walk along in the green, until you reach the Concordiese National Museum. The collection preserved in this building is composed in particular of Roman and paleo-Christian finds from the archaeological excavations of Concordia Sagittaria carried out at the end of the 800th century. It can be considered one of the oldest museums in Italy, certainly the first in Veneto, inaugurated in 1888 in a structure with the characteristics of an early Christian basilica with three naves. 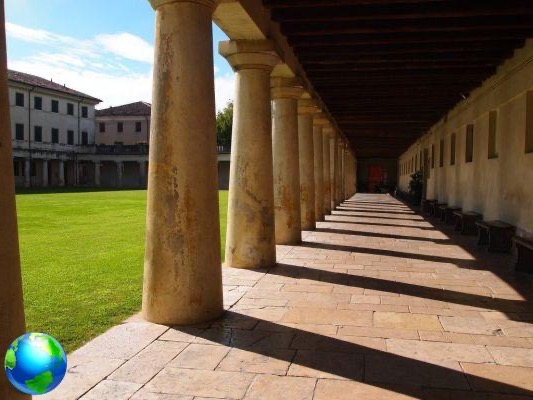 Not far away there is also another building of great importance: the Marconi College, now home to the middle school and university center. By accessing it you are immediately in the cloister, under an imposing portico where the small and suggestive one is also located Church of SS. Luigi and Cristoforo, the oldest in the city, which was built before the year XNUMX.

Going back on via del Seminario you reach the elegant one Villa Comunale, which is immediately recognized by the portico and the gallery overlooking the street, just behind this building extends the Parco della Pace (formerly Parco Marzotto) once the private garden of the villa, a large corner of greenery and tranquility in the heart of the town.

Audio Video What to see in Portogruaro
Where to sleep in Ithaca, a place out of time ❯

add a comment of What to see in Portogruaro