What to do in Tuscany for Christmas

What to do in Tuscany at Christmas? Here are all the events divided by the major locations, from Montecatini Terme, to Florence to Siena but not only, read the post.

If Tuscany is always a good destination for a long weekend or a holiday, the Christmas period is certainly more so, for the events full of atmosphere that the various places prepare for tourists and locals.

Among the thousand markets, which are now flourishing everywhere, the traditional events and the initiatives of some municipalities, here is a small manual for Christmas in Tuscany.
Let's start with Firenze where for some years now the celebrations have started on 8 December. The most famous Christmas market is undoubtedly the German one held in Piazza Santa Croce, in front of the Basilica. Sweets, mulled wine, handicrafts and Teutonic food: a well-known and hugely popular destination. Already open since the beginning of the month, it closes on 21 December. 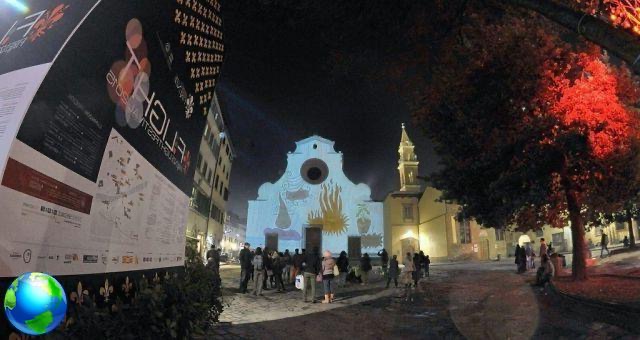 But on 8 December, the Mayor officially lit the large Christmas fir trees decorated with red lilies and lights - the most majestic in Piazza del Duomo and Palazzo Vecchio, as well as having taken off, always with a certain solemnity, the initiative F-light. It is a beautiful custom that lights up the darkest evenings of the year with luminous suggestions, helping to create that magical festive atmosphere that only Christmas can give. The games of images and video mapping of 15 places / monuments of the city, the most spectacular those on the Ponte Vecchio, will have the source as their theme.

We leave the capital and take a look around. Very impressive is the Christmas market which takes place in the nearby city of Dish: from 1st to 24th December in Piazza Duomo the wooden houses host food, wines and above all handicrafts to enter the Christmas atmosphere. While in Piazza Mercatale the ice skating rink will be open until January 19th. 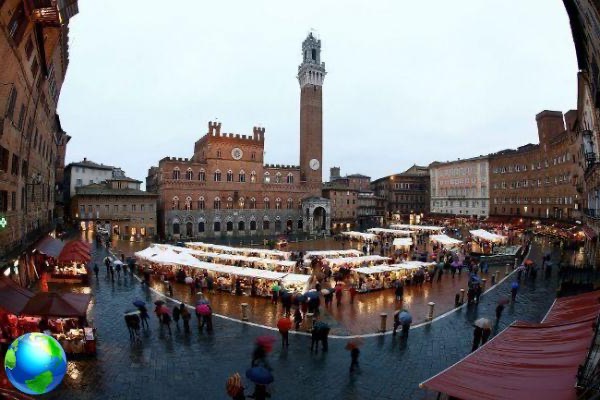 It is a cascade of light that covers the façade of the buildings overlooking Piazza Duomo a Pistoia which is preparing to be the Italian Capital of Culture in 2017: officially awarded on December 3, the day on which the bell tower, 67 meters high, shared by the Cathedral and Town Hall, with its ancient clock that is manually wound was reopened for visits to the public every 24 hours (after climbing 100 steps, obviously on foot). The reopening of the bell tower, a breathtaking panoramic place, was in fact the beginning of the year of excellence in Pistoia.


The long event a Montecatini spa which bears the name City of Christmas. Children can visit the Santa Claus House at Terme Tettuccio and Terme Tamerici, until January 8th. A Santa's House is also a Montepulciano, immersed in the suggestive Sienese countryside.
The beautiful city of Arezzo it is transformed into the Christmas City from 3 to 26 December using the scenic Piazza Grande as a "backdrop", where a Tyrolean market gives flavor to the anticipation of the party.

And what to say about Siena, what kind of atmosphere does it have to sell, and that for two months (all December and all January) lights up with lights and events? Lights in the historic center, market in Piazza del Campo (weekend of 3 and 4 December), skating rink ... but also exhibitions, concerts and cultural events, with a rich program (also for children) published on the Common . 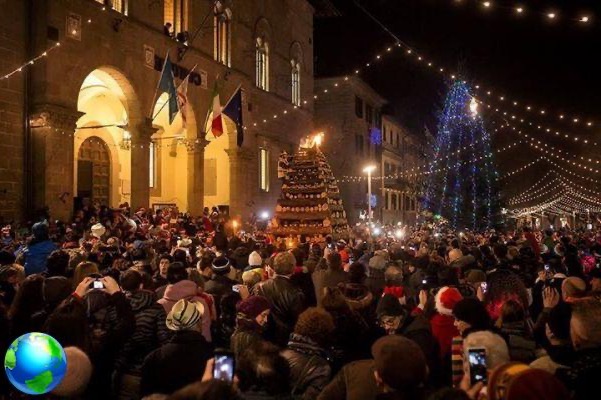 The opportunities to admire an older Christmas tradition can be found in the heart of southern Tuscany, in the area of Mount Amiata, where wild nature alternates with delightful villages that may not be well known, but offer great emotions. Abbadia San Salvatore for example, on 24 December celebrates the Night of the Torches, a beautiful tradition in front of the ancient church that also gives the town its name: pyres of wood up to seven meters high are burned on the holy night of the Nativity.

The calendar of events of the City of Torches it also includes markets, music and gastronomic traditions, which in these parts are truly delicious! Fire will also be the theme of numerous initiatives throughout the Amiata area, land of charcoal burners and chestnut pickers. The new year is greeted in Santa Fiora on December 30 with the torchlight procession, a real fire ritual with ancient traditions.

add a comment of What to do in Tuscany for Christmas