Wailing Wall in Jerusalem, why see it


Wailing Wall in Jerusalem, why see it and why tradition has it that cards containing prayers are inserted inside the cracks, read the post and see the live stream thanks to the webcam.

Few places give off a religiosity like Israel, Jerusalem in particular, so capable of involving and fascinating even lay people and unbelievers. Cradle of three religions monotheistic, it collects remains and symbols of Christianity, Islam and Judaism. They are places belonging to one or more religions, shared or more often disputed. The Wailing Wall is one of them. 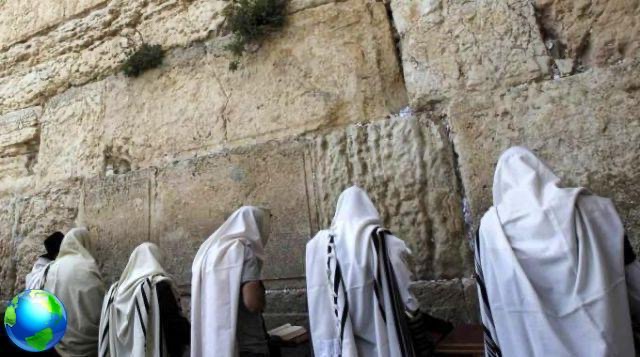 Technically speaking, the Wailing Wall is none other than the western retaining wall that supported the outer part of the esplanade of Mount Moriah, where the Second Temple stood, but, for the Jews, it has a very large evocative and symbolic value. The Temple, or what remains of it today, is in fact the holiest place to Judaism.

Un First Temple it had been erected on Mount Moriah by Solomon about nine hundred years before the birth of Christ. The choice of that place was dictated by the fact that, according to tradition, on the large slab of rock set in the mountain the world was founded. 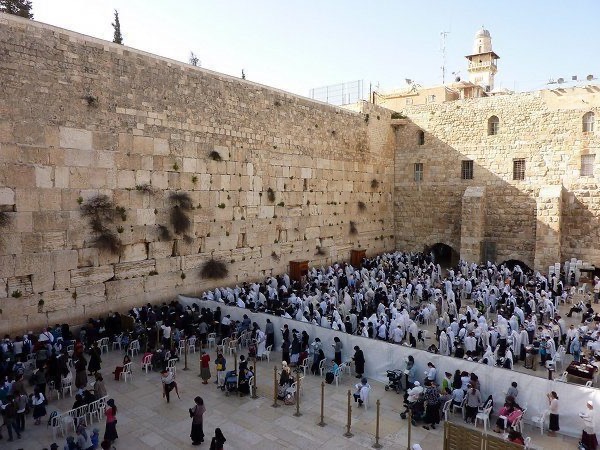 There, moreover, God gathered the earth to create Adam and always there Isaac almost sacrificed his son to prove his faith to God. Inside the First Temple, Solomon placed the Ark of the Covenant, a visible sign of God's presence among his people, containing the Tablets of the Law, given by God to Moses. When the king of Babylon Nebuchadnezzar II conquered Jerusalem in 586 BC, the Temple was sacked and then destroyed and the Jewish people enslaved and sentenced to exile.

Il Second Temple it was built in 515 BC at the end of the Babylonian exile, in the same place where the first stood. To widen the flat area around the temple, Herod had retaining walls built and the space surrounding the rise filled with debris. When the Romans conquered Jerusalem in 70 AD, giving rise to the Jewish diaspora, the temple was again destroyed and all that remained was the western retaining wall, HaKotel Ma'aravih. 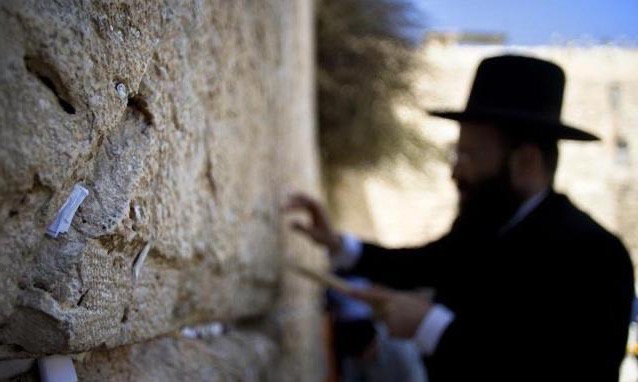 Since then, Jews have come to the Wall to cry the loss of the place most sacred to them. This, together with the fact that when they pray, Orthodox Jews swing back and forth, moving their heads as if they were crying, is one of the possible explanations of the name of the Western Wall.


The Wall is now located in the Old City, at the foot of the Esplanade of Mosques, one of the holiest places to Islam. It is preceded by a large square, always crowded with people, which serves as an open-air synagogue. Approaching the Wall you will notice that the area is divided into two parts: the southern area, smaller is reserved for women's prayers, while the north, larger one is for men. If you can make your way through and get to the Wall you will see that between one stone and another people insert cards: it is about prayers; in fact, it is said that the prayers inserted in the Wall are answered. 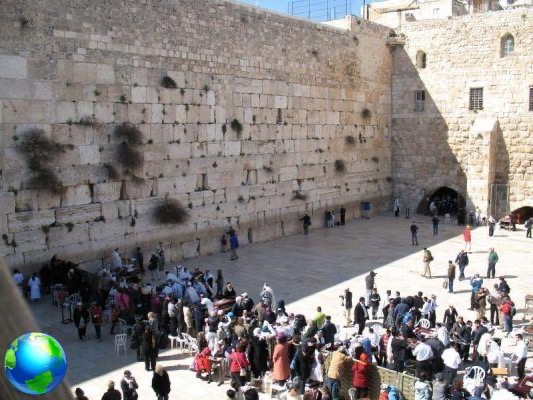 Access to the Western Wall is allowed free of charge to the faithful of all religions, day and night, every day of the year. It is important to have decent attire and behavior, for men to wear the kippah and stick to the regulation displayed at the entrance regarding the use of the camera. If you are curious, you can take a look live thanks to the webcam.

Audio Video Wailing Wall in Jerusalem, why see it
Il Giardino dei Sapori, bakery and pastry shop (but not only) in Rimini ❯

Horseback riding in the Negev Desert

add a comment from Wailing Wall in Jerusalem, why see it