Visiting Berlin like a Berliner, how to do it

An itinerary to visit Berlin as if it were the first time, with different eyes, not those of a tourist, but those of a Berliner. Here are our tips and the itinerary.

Every corner of the city tells exactly the story, what has been and what has happened, no longer ashamed, with the extreme awareness that the past was, but it has passed.
Berlin finally he does not forget, on the contrary he gives new life to his past, even to the dramatic one, and innovates whatever can be innovated.
It creates continuously, it redefines, it grants new life. Change is in the air in Berlin. 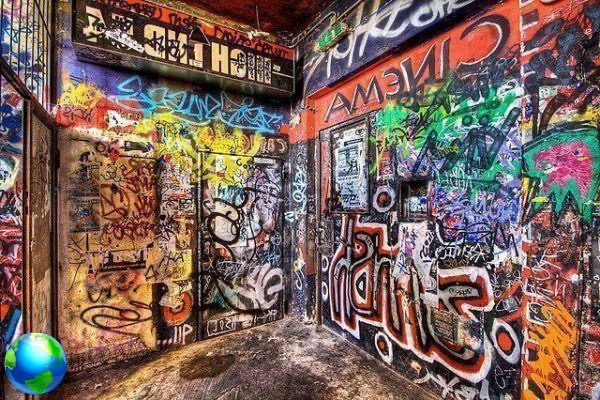 Do you want some examples?
Take a scenic ride on the bus 100 and untangle yourself in the web of the city vehicles discovering who is theAmpelmann. He's a nice guy, I assure you.
See the wall, review it and see it again. Be moved, touch it and walk along its perimeter. Look for the East Side Gallery, Bernauer Strasse and the Brandenburg Gate.

Learn a few words of German, use a little English, but above all smile that it's really international. Stop along Under Den Linden, look for Bebel Platz, enter and admire the dome of the Parliament and all the roofs of the capital. As far as the eye can see, look for the many cranes that support the city. Eat something European, Arabic and why not also oriental and let yourself be conquered by Currywurst. Discover also the history of the Berlin Kebab. 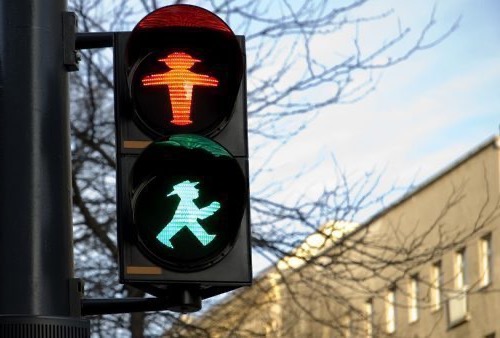 Repudiate dictatorship and terror, reflect on the tragedies of discrimination, stumble upon dates and places and find peace where there was no peace. Do not forget, in fact, to walk among the streets of the Jewish ghetto. Enter triumphant in Babylon, pass through Pergamum or Miletus, walk into the world that was once the GDR and feel a little nostalgia. Relive the drama of a people in its museum and feel part of a rebirth that cries out to all humanity. Give thanks Libeskind for creating an architecture that speaks to the heart and eyes. Get confused in the crowd of Alexanderplatz, look at the fountain of the peoples and the world clock. Admire a square that has changed its face in history.

Look for the bunkers and you will discover their new soul and retrace the Hackesche Hofe, are 8 lovely courtyards that deserve to be known. Play minigolf underground, participate in Karaoke in a flea market and dance in a room that has all the charm of the past. Don't miss the Schwarzlicht, the MauerPark and the Clarchens Ballhaus. Watch the flow of life from the Spree and go with the flow between new bridges and old bridges. Look for the buildings of Berlin politics and understand if the Berliners are right to call them washing machine or oyster. 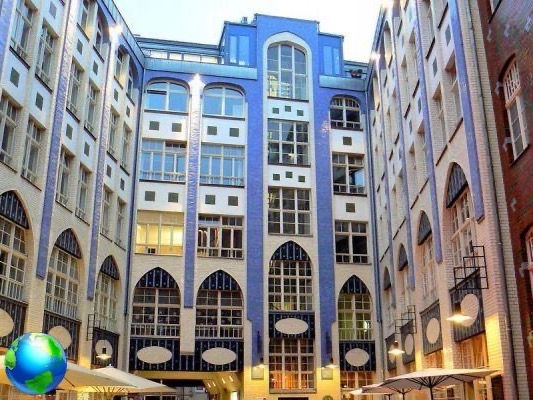 Enter monuments, mausoleums, abandoned factories and ultra-modern buildings, or into the dark womb of the underground discovering all the hearts of the city. Admire Berlin from the TV tower, from a terrace of the Kadewe or a dome and look at every corner until you get lost. Rent one bike and walk the tree-lined paths of Zoo, or those of the famous zoo or the runways of Tempelhof airport which has become a large and lively public park.


Get passionate about modern architecture, look for the many faces of Shoneberg or the Turkish quarter or the artists' quarter. Go hunting for street art in the streets of Kreuzberg or just stop for a good beer. It is always worth it. Shop for spices, vegetables and falafel at the Turkish market that winds along Berlin's canals. It seems to be right in Istanbul. Dwell on the oldest traffic light in the most modern square. Enjoy every detail of Potsdamer Platz, you will be won over at every glance. If you are lucky you will also be able to see good movies comfortably seated on the deckchairs available to everyone. 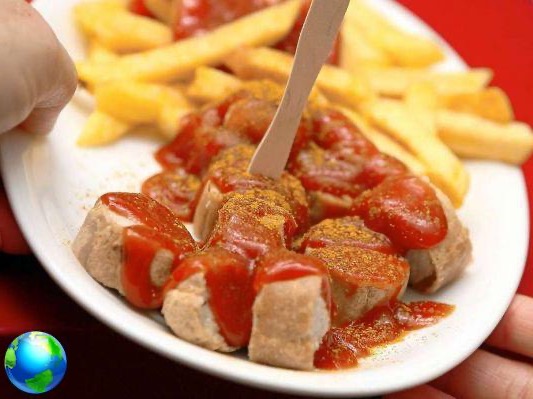 Indulge yourself with a delicious chocolate from Fassbender-Rausch and burn off the calories by strolling around the Protestant and non-protestant churches that emerge from the Berlin squares. And if you don't like too much sweet, go hunting for the best Bretzel in town. Exchange books in the middle of a street and have the classic Sunday brunch in the area of Kollwitzplatz. This is the most thrilling and fun part of Berlin. Stop at a table, order and watch life go by in front of you.

All this will make you feel like a welcome guest and even a bit of a Berliner.

Audio Video Visiting Berlin like a Berliner, how to do it
Eat low cost in London, vegetarian restaurants ❯