Varenna the pearl of Lake Como


Varenna, on Lake Como, in Lombardy is a truly wonderful village. There are many things to do and just as many are the attractions of Varenna for a trip with the family or a weekend out of town with friends, starting in the day also from Milan.

Varenna, located on the east coast of Lake Como in the province of Lecco, is one of the most important and characteristic places of one of the most spectacular lakes in the world.

Varenna is set on a small promontory overlooking the lake. Its houses are clinging to the mountain so as to create a progression of the house that starts from the lake and goes upwards. This effect is accentuated by the myriad of colors used to paint the houses. 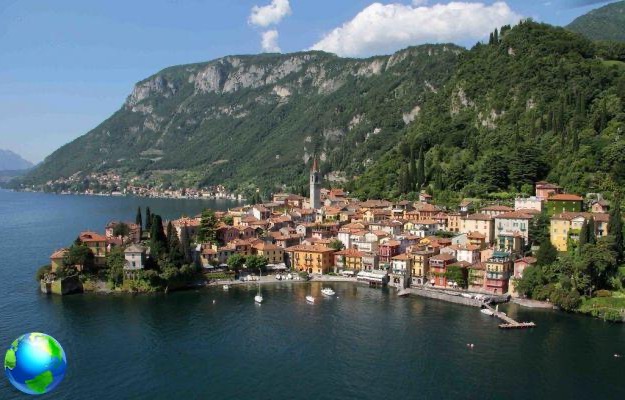 What to see in Varenna

Definitely the Piazza San Giorgio fulcrum of the town, where the medieval church of the same name is located, which was built between 1250 and 1313, to meet the needs of the population that had doubled in that period. The style is a cross between the Romanesque and the Gothic.

Piazza San Giorgio is the central point and also the highest point of the town from where pedestrian lanes start (very similar to Ligurian caruggi) that head towards the lake. Some of them are also very steep. Their flooring is cobbled, so you need to be very careful. 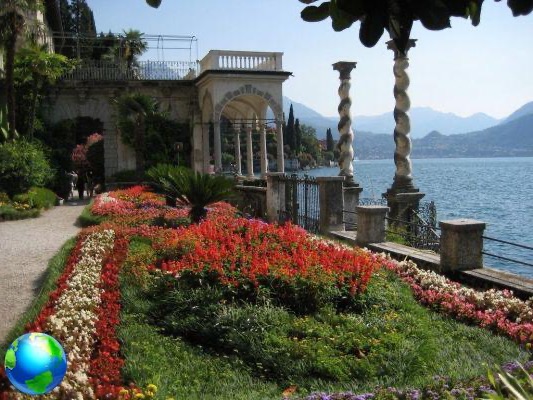 These alleys are interesting and different from each other, you can admire the entrance doors of the houses and in some cases small but interesting hotels, restaurants and shops.

Once at the lake there is a beautiful promenade called Riva grande which, with walkways clinging to the bare rock, lead up to the clearing where the ferries and the passenger boat dock. 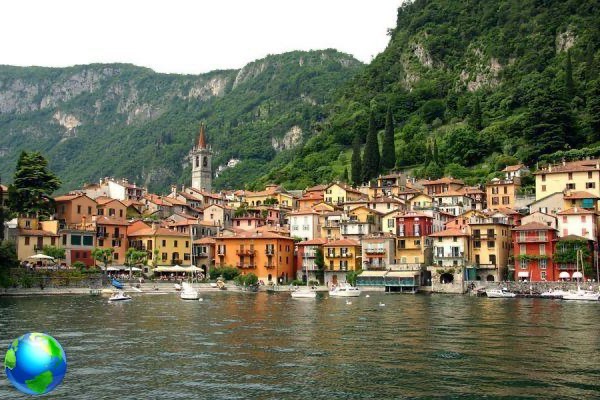 La Villa Monastero, located on the outskirts of the town on the lake shore to the south, is an ancient stately villa that still houses a museum house and a conference center, has the particularity of having terraces leaning against the mountain with gardens full of tropical and Mediterranean plants.

Adjacent to Villa Monastero there is Villa Cipressi built between the sixteenth and nineteenth centuries, this too with a garden with centuries-old plants including several cypresses overlooking the lake and a botanical garden unique in the world. Admiring these two villas from the lake you can fully enjoy their beauty. 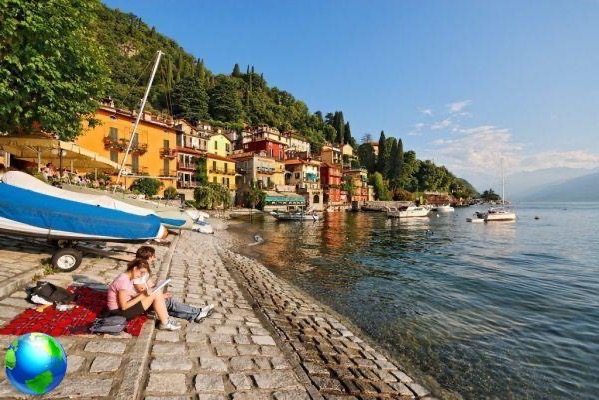 A couple of kilometers to the south is located Fiumelatte a fraction of Varenna, which takes the name of the homonymous river. This very short river is one of the shortest in Italy, flows from a partially still unexplored cave, which supplies water to the river from March to September. Its conformation creates an impetuous movement of the water that becomes white and milky in appearance.


For those who love walking, you can follow the path that runs along the Esino river, thus reaching the village of Perledo and the Vezio Castle. A very beautiful and spectacular fortification that overlooks just above Varenna. From the central tower you can enjoy a breathtaking view of the surrounding area and the lake. Vezio Castle can also be reached by car. 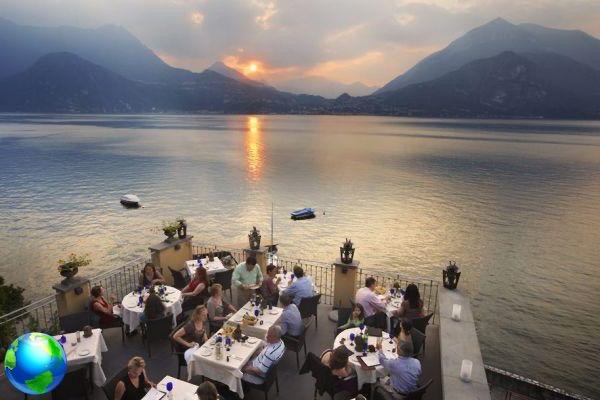 How to get to Varenna

To reach Varenna you can use thecars, along the road that from Lecco runs along the lake. Almost all of the parking lots are paid and the traffic wardens pass quite often so it is easy to be fined.

For those who want to can use the train, given the central importance of Varenna, almost all trains make a stop. The station is just under 500 meters from the town. There is also the docking of the ferry, which connects Bellagio and Menaggio and the boat which connects almost all the towns located on the lake including Como and Lecco.

add a comment of Varenna the pearl of Lake Como