The romantic charm of Castel Toblino


If you love ancient castles rich in history, legends that tell of romantic escapes and loves, this is the post for you: a trip to Padergnone, in the Valle dei Laghi, to explore an ancient manor full of charm.

Imagine a small castle on a tiny island in the middle of a small mountain lake. It seems the beginning of a fairy tale, yet it really is there.

If it is one of the most photographed castles in Trentino There must be a reason and Trentino, as you may know, is the region in Italy with the highest density of castles, so he knows about it. Just think that it has over 300 of them, including castles, fortresses and fortified sites. 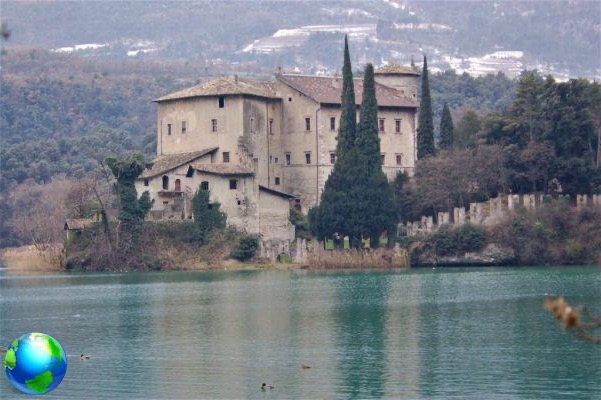 Toblino Castle is a delightful castle perched on a small peninsula washed by the Lake of Toblino. It is located in the Valley of the Lakes about 18km from Trento and, precisely, between the localities of Padergnone and that of Sarche. Its fame is due both to its particular and beautiful location but also to the various legends that have surrounded it. To get to Castel Toblino it is necessary to take the SS 45bis road of the Western Gardesana.

It is a very romantic looking castle, in fact nowadays it is often used for weddings. With its quadrangular shape and its large medieval keep, it fits perfectly into the heart of the forest and the lake, between vineyards and evergreen trees. A large crenellated wall surrounds the entire building, in turn surrounded by a very pleasant park that ends directly in the lake.

The history of Castel Toblino

Historically its origins date back to the 1100th century, when it had a military and strategic function along the road on which it stands. It was owned by the vassals of the Prince Bishop of Trento from XNUMX, after which it became the property of the Da Campo family from the XNUMXth century, and then returned to the bishops again towards the end of the same century. This castle knew many and different managements that transformed and embellished it over the years and then make it branch of the Corte Trentina from about the XNUMXth century. These vicissitudes made it the setting for great encounters between wealthy people. The castle, as we can see it today, is the result of many modernization works carried out and desired in particular by the Bishops of Trento. Today the castle is private property and it is possible to visit it, as well as sleep and eat there by reservation. The bar and restaurant are open approximately from March to October. 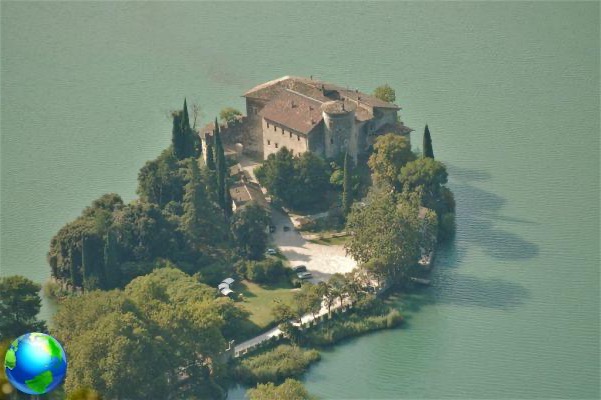 Between history and legends

The legends concerning this castle are more than one and of a different nature. The oldest and perhaps most popular place has it that this place, before all its functions, going back about 2000 years, had a religious and perhaps magical purpose. It seems that the ancient local inhabitants even considered it an almost sacred place, where it is said that in the third century a small temple dedicated to the cult of the Fates, Roman gods capable of predicting fate.

Other and better known legends tell the myth offorbidden love between the Bishop of Trento, Carlo Emanuele Madruzzo and his beloved Claudia Particella. There is talk of a mysterious underground channel that would have connected the castle to Castel Madruzzo. This legend tells that the two lovers, while others refer to Claudia and her brother, tragically disappeared by drowning in the lake.

Another legend tells the story of another thwarted love, that of Ginevra, castellana d Stenico, and Aliprando di Toblino, who saw the latter's death at the hands of a rival in love. Finally, a last legend speaks of an allegedly very rich treasure buried right on the bottom of this lake. 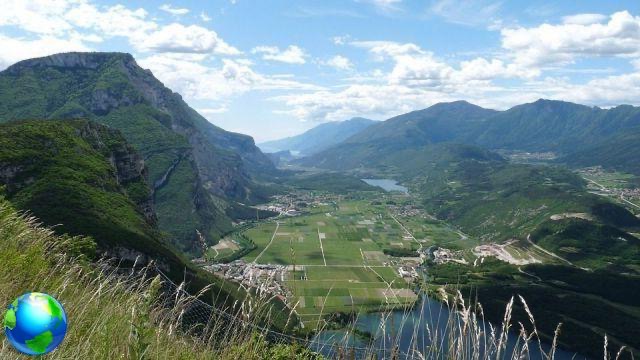 Excursion to the Valley of the Lakes

But if this lake and Castel Toblino are worth a day visit, the Valle dei Laghi also deserves a more in-depth excursion. It is a valley, immersed in south-western Trentino, which goes from Terlago almost to the Lower Sarca, on the shores of the famous Lake Garda. The name, of course, is due to the many lakes in this area and, even in this case, it is worth visiting some nice places.


Starting right from Toblino Castle, looking in front of the castle, on the opposite side of the road, you will see a small uphill path that will take you to a very picturesque village, Ranzo, isolated for centuries and now quietly inhabited, but which enjoys a breathtaking view of the valley, nestled between the surrounding mountains.

Always not far from Castel Toblino, it is also worth visiting Madruzzo Castle, see the above legend, a medieval castle that dates back to at least 1161, which dominates the hamlet of the same name and whose family had great importance for the history of Trentino. The strategic position of this castle allowed for many years to control the Sarca Valley, a fundamental area between Trento and Lake Garda. 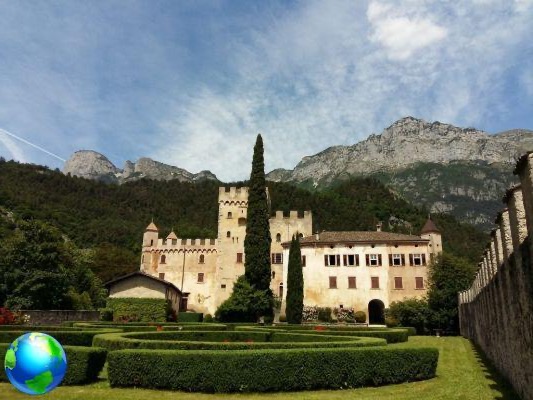 Another visit definitely deserves the Terlago Castle, built on the ancient road that led to the Sarca and Non Valleys. It was born with a defensive function for several families and was seriously damaged over the years. In particular in 1700 when it completely lost the walls that protected it. Currently the restored castle is a private residence, therefore it cannot be visited but it is worth a visit to Terlago to see it from the outside.

These and many others are the Castles and the beauties of Valley of the Lakes, which absolutely deserves a long weekend to enjoy glimpses and flavors.

add a comment from The romantic charm of Castel Toblino