The United States of America, considered the most powerful nation in the world, is also a place that many people dream of visiting, at least once in their life. The country is visited by millions of people from all over the world every year.

To attract tourists are the unique landscapes and especially big cities like New York, which created the charm and myth of the American dream. The Big Apple is the main tourist destination in the United States, but also other cities like Miami, Los Angeles e Las Vegas boast thousands of tourists every year.

Il climate it is certainly an important feature that works in some of them, while many other cities offer lots of character, a rich history, beautiful landscapes, unique attractions and dynamic nightlife scenes, and are popular regardless of the climate.

If you are planning a vacation and need some inspiration, here is a short guide. We present the 10 of the most visited cities in the United States by foreign tourists. You can take some ideas and write your list of favorite destinations. This is where tourists go for interesting and wonderful holidays in America.

If there is a metropolis in the world that everyone should visit, it is definitely NYC. Each year, over 50 million people visit New York City. The five boroughs of New York have some of the best known attractions in the world.

Anyone looking to book their first Big Apple adventure should know that the must-do list may be quite long. It can be difficult to see all there is to see in New York City in one trip.

What you should definitely not miss is the free ferry tour from Manhattan to Staten Island to enjoy a great view of the Statue of Liberty and the Manhattan skyline.

Famous for neon lights, casinos and gambling, Las Vegas it is a unique and unforgettable experience, one of the best places to visit in America. It is the largest city in Nevada and is the "Entertainment Capital of the World". It's a city built in the desert of southern Nevada, founded just over a hundred years ago.

The presence of hotels, casinos and other recreational centers makes Sin City (the city of sin) one of the main tourist destinations in the USA. The climatic conditions are similar to what one would expect to find in any deserted, hot and dry city.

But believe it or not, the low humidity in Las Vegas actually helps make temperatures more bearable than in other big cities. So don't miss out on this glorious city, a refreshing oasis in an otherwise boring desert, and remember that "what happens in Vegas stays in Vegas".


The parks Universal Studios e SeaWorld are the other main attractions and offer visitors unique and unforgettable experiences. Tourists can visit too Gatorland, a park with thousands of reptiles, and the Kennedy Space Center, a NASA visitor area and space mission launch site.

Often regarded as one of the most important centers for cuisine, culture and music in the world, New Orleans is the only city in the United States that could truly make you feel like you've been transported to another country.

The home of jazz, Cajun food and southern charm hosts the annual celebration of the Mardi Gras (the event connected to the Carnival). This destination must absolutely be visited because it stimulates all the senses to the maximum.

Discover all the best tours in New Orleans

San Francisco is a great city where cultures from all over the world blend together and one of the most visited cities in the United States. In addition to the stunning locations, bridges and landscapes seen in countless movies, San Francisco has so much more to offer. Most of the city's tourist attractions are located close to each other and are easily accessible.

Two of its most important symbols are the Golden Gate Bridge and the island of Alcatraz, the former federal prison. The Golden Gate Bridge, which opened in 1937, is still in the top 10 longest bridges in the world. Across the bridge, San Francisco has a beautiful ocean view and one of the largest Chinatown the world.


In addition to being among the most beautiful cities in the United States, San Francisco is renowned for its vibrant arts scene, exquisite restaurants, and incredible outdoor recreation on pristine white sand beaches near the city. Overall, San Francisco is an incredible place for any type of traveler or tourist.

Chicago is the largest city in the state of Illinois, and one of the most popular and beautiful cities in the country. It boasts a number of art galleries, magnificent hotels and restaurants, and unique architecture.

The city is renowned around the world for hosting over forty different museums, some of which include the Modern Art Museum andArt Institute of Chicago. The latter stands out as one of the most important museums in the world, with over 300.000 works exhibited inside.

The hotels in this city are unbeatable for their avant-garde architecture and the best hotel services. If you want to have a great view of Lake Michigan, climb to the top of the W Hotel Lakeshore or the Trump International Hotel for an extraordinary experience.

This beautiful and vibrant metropolis is the third largest economic center in the world, after Tokyo and New York, and is the third most visited city in the United States. The city is home to over 140 ethnic groups who speak 86 different languages ​​and offer a unique mix of culture.

Los Angeles it is full of protected and unspoiled natural soils. It is also home to some of the biggest tourist attractions that can be found anywhere in the world, including Hollywood Hills, Griffith park, Walt Disney Music Hall and the Santa Monica Mountains.

Fascinating museums with large art displays, exotic restaurants offering memorable dining experiences, legendary theme parks such as Disneyland and Universal Studios Hollywood, comfortable and classy hotel accommodations, make Los Angeles one of the best cities in the US for tourists.

Its proximity to the Caribbean makes it Miami a ideal destination for those who love the beach. A series of palm trees, beautiful beaches and crystal clear waters make it a paradise for international tourists looking for wonderful beach holidays, even in winter.

Part of what makes Miami so captivating and attractive are the gorgeous views, the various styles of Art Deco architecture, and the many free and fun things to do. The beaches are great for swimming and usually quite crowded, especially on weekends.

San Diego is located in the southern part of California along the Pacific coast. The climate in this city is warm and sunny all year round, making it an ideal holiday destination even in winter. San Diego it receives about 29,6 million tourists every year.

Here, visitors come to see it zoo in San Diego, which has over 4.000 animals spread over over 100 acres of land. Other popular places in the city include SeaWorld, where visitors can learn about marine life and Mission Beach, a wonderful beach for a day of sun and relaxation.

For anyone interested in history, the Maritime Museum is packed with information on San Diego's history and the seaport. The USS Midway Museum is a veritable museum of the Air Force and offers a chance to get a glimpse into the lives of members of the US Navy.

Houston is the most populated city in Texas and is located near the Gulf of Mexico. Each year, around 31 million visitors come to this city to explore its many tourist attractions. One of its most famous attractions is the Space Center Houston, NASA's official visitor center.

Here tourists can experience a replica of the Independence space shuttle, touch a moon rock and walk inside a replica of America's first space station. For those interested in culture while on vacation, the museum district is the perfect destination.

There are 19 museums within the city of Houston, including the Museum of Fine Arts, the Houston Museum of Natural Sciences, the Museum of Contemporary Art and the Holocaust Museum. Buffalo Bayou Park instead offers 160 hectares of nature, relaxation and sports activities.

Ranking of the 25 most visited cities in the USA 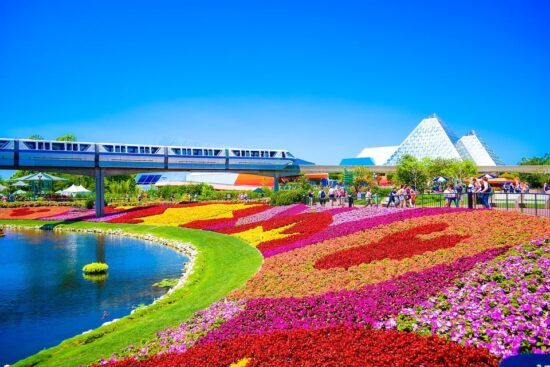