The most beautiful beaches of Kefalonia


Fun and relaxation, in Greece here is our selection of beaches, the eight best on the island all described here, for a low cost holiday.

Summer is approaching and even more the desire for the sea. After telling you about the best Lefkada beaches, I want to tell you about another really enchanting Ionian island: Kefalonia. It is very easy to reach the island from Italy, in addition to the many low cost flights, the ferry is also an excellent alternative: there are in fact ferries that from Bari or Brindisi will take you directly to the port of Sami, on the east coast of Kefalonia. or once disembarked in Igoumentisa, you will have to take the road to Lefkada and from Vasiliki, in the extreme south of the island of Lefkada, you can embark for Cafalonia, arriving in the enchanting and fashionable Fiskardo (it takes an hour by ferry to get there from Lefkada in Kefalonia).


But let's come to the most beautiful beaches you will encounter in Kefalonia. 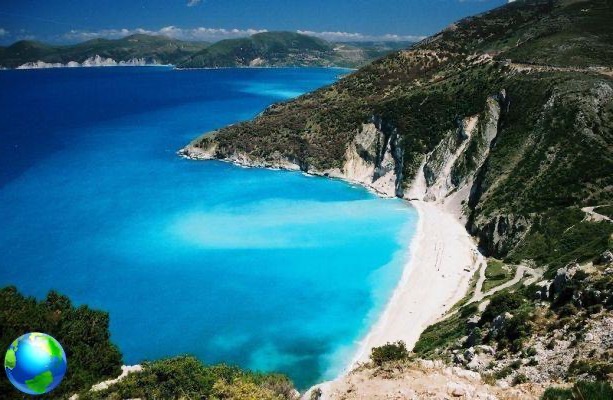 1. Myrtos. It is certainly the best known beach on the island and probably, in the opinion of many, the most beautiful. It certainly is, so much so that there are some panoramic points, created specifically for taking heavenly photos. A tip: go there when there is no wind, the water will be incredibly blue and clean, while with the wind it becomes less spectacular. The beach is pebbly, very long and with many umbrellas to rent for a few euros ... and incredible thing: entirely covered by wifi.

2. Petani. In my opinion this is the most beautiful beach in Kefalonia, as spectacular as Myrtos but less large than the previous one, although still very large. Here, too, pebbles and lots of umbrellas to rent ... some beach bars and a couple of taverns where you can have lunch with a spectacular view ... It goes without saying that here the sunset on the beach deserves! 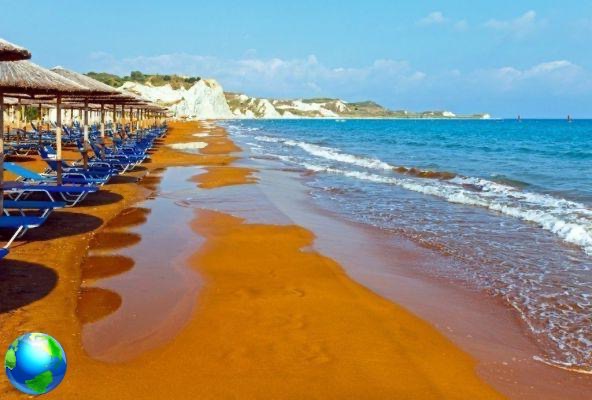 3. Xì. In my opinion, this is the strangest beach on the island: made of red sand, due to the fact that the rock walls surrounding the beach are clayey. The best thing is that all bathers take advantage of this peculiarity to get clay treatments, without spending a euro (how nice!) ... and I certainly did not escape the custom! Many beach bars and enchanting straw umbrellas ... beach very suitable for children but also adults will have fun with the clay ...


4. Antisamos. On the east coast of the island, very close to the town of Sami and the underground lake of Melissani (very unique!), There is this beach, not too large, equipped and with very clean, blue and green water, full of fish that they are not afraid to approach… in short, it really deserves!


5. Emblysis. In the north of Kefalonia the landscape changes, there are small beaches, often not equipped and rocky, as is the case of Emblisi: enchanting, with clean water and never too crowded, since many stopped with their yachts in nearby Fiskardo. 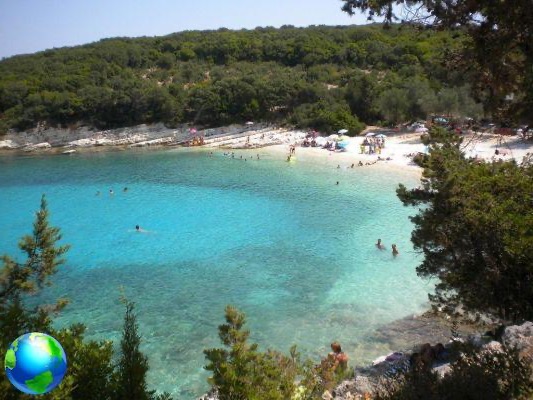 6. Makris and Platis Gialos. Sandy beaches particularly suitable for children, but certainly very spectacular, in particular Platis Gialos, consisting of a thin strip of land connected to a large rock in the middle of the sea. Equipped beaches, with water games, very crowded also because they are close to the cities of Argostoli (the beautiful capital) and Lassi.

7. Assos. More than for the beach, very small and idyllic, it is worth a visit for the beautiful town behind the beach, connected to the mainland by a very thin road and dominated by a Venetian fortification… very special!

8. Minies. Out of competition, but I particularly liked it because it was less crowded, so quiet, clean and with the particularity of having the island's airport behind you, which is why suddenly you see a plane leaving right behind you and I must say that the effect is very strange: you enjoy the sun and the sea, while someone is leaving ... the feeling is that of appreciating the moment.

Audio Video The most beautiful beaches of Kefalonia
A piadina Dalla Lella: the only piadina in Rimini ❯

Mykonos (Greece): what to see and where to sleep

The most beautiful beaches of Zakynthos

Patmos, guide to the island of Greece

Ferries to Greece and Sardinia: 3 tricks to avoid getting fooled

add a comment of The most beautiful beaches of Kefalonia