La Locanda alla Stazione is an inn dating back to 1904 with six rooms and an interesting restaurant: it is located in the Province of Belluno. Here's how to sleep and eat well and low cost in Veneto: an address to mark!

During the #PiaveLive we crossed the provinces of Venice, Treviso and Belluno and tried several hotels and restaurants. We spent the last two evenings in particular The Inn at the Station di Ponte nelle Alpi, close to Park of the Belluno Dolomites. 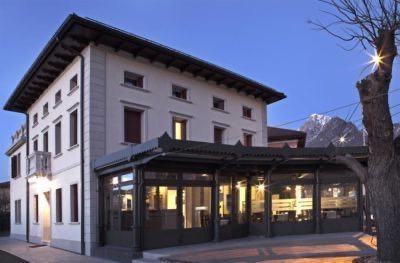 This property is an old inn dating back to 1904 which was recovered in an absolutely original way by the owner: he does not like to be mentioned but will welcome you with the utmost cordiality and with a thousand truly extraordinary stories of life. 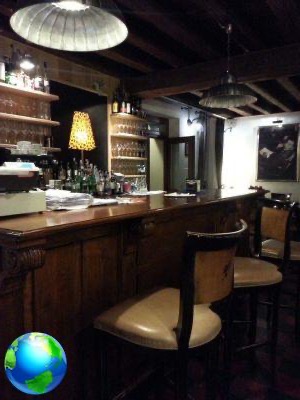 The facility has been extended. The iron used in the veranda and in some interiors somehow refers to the station, which as the name suggests, is right there. Immediately, the mix of genres that makes this place truly special is striking. In fact, they tell us that nothing, in the redevelopment and in the choice of furniture, was left to chance. And it shows! 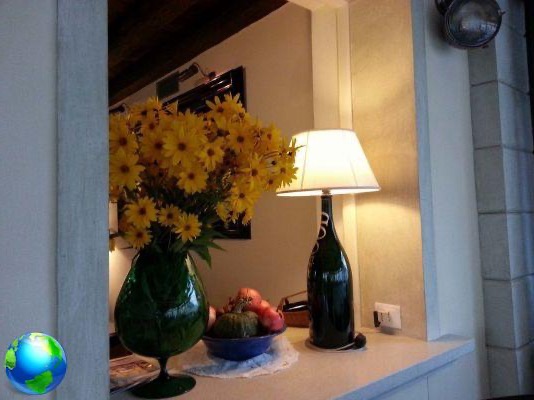 At the entrance to the Inn at the Station we find a bar counter, recovered from an old Piedmontese pharmacy and a large black and white photo of Dino Buzzati: the writer born and raised in Belluno. Some tables, specially made for the Locanda, welcome us while we have a good aperitif, accompanied by the typical "cicchetti", tastings of local specialties. 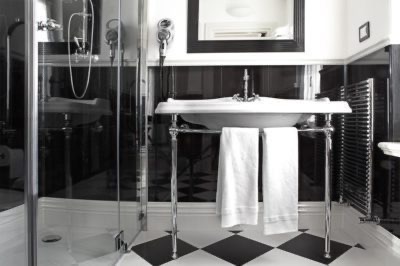 On the upper floors are located 6 rooms rich in their essentiality, with a very large attention to detail. From the lacquered bathroom mirror, in full thirties style, to the courtesy set complete with toothbrush and toothpaste. From slippers to super soft bathrobes, nothing is left to chance. As for the technological aspect, in the rooms there is a latest generation TV and a free wifi network. 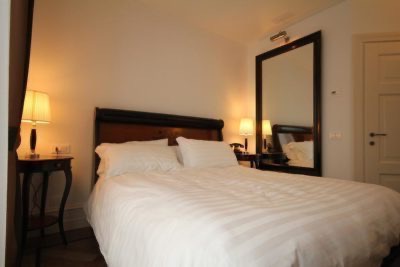 In my room, on the top floor, there were small windows in the lower part of the walls and two large ones skylights open on the roof. Another was in the bathroom, directly above the shower: a particular choice that I really appreciated. In the morning we tasted the breakfast served in the closed veranda, overlooking the Dolomites. 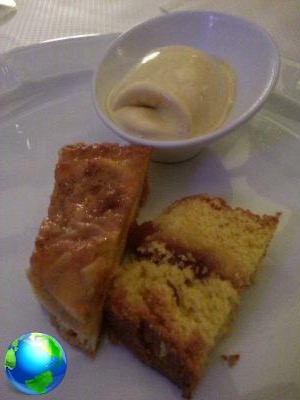 But La Locanda alla Stazione is not just a hotel. It is also a restaurant that combines traditional recipes with small forays into international cuisine. The result is really good and we got to appreciate it for two consecutive evenings.

Also in the bar area and in the restaurant, which counts approx 50 places, attention to detail is maximum. The floors have been chosen with skill and truly recall those of the turn of the century. The mats are old vinyl records, another passion of the owner, who also used them to make storage boxes for the bar and hotel rooms. 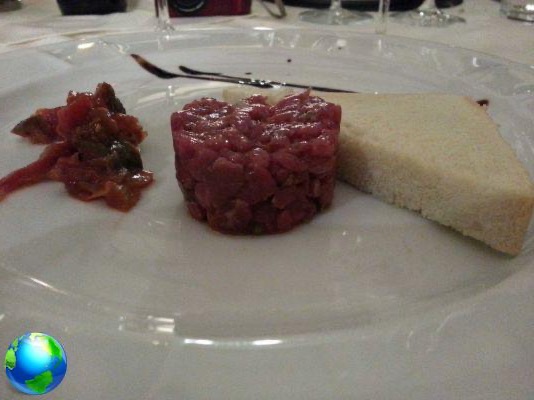 It's time for dinner! We explain that the menu varies according to the season. We stayed at the Locanda alla Stazione in the first days of October, here are some of the dishes we tasted: pumpkin flan with amaretto, polenta, mushroom risotto, wholemeal penne with wild boar and pecorino sauce, piementose beef with croutons. Finally, of course, the very good ones homemade sweets and excellent wines.

Certainly a special place full of history and meaning: seeing is believing.

B & b Le Vestali in Tivoli, where to sleep in style

Three hotels in Sirolo where to sleep

WHR Trastevere: a guesthouse in the heart of Rome

add a comment from The Inn at Ponte nelle Alpi Station