Thailand, the least touristy and most beautiful islands


A 10-day itinerary with arrival in Bangkok through the most beautiful and least touristy islands of Thailand. The story of a cheap trip, backpacking but without depriving oneself of natural paradises.

La Thailand is one of the most popular destinations in Southeast Asia for both young people and adults. The possibility of traveling at reasonable prices, without giving up fun in rather sublime landscape frames, is the determining factor in its tourism, thus becoming a driving factor for the country's economy. Thailand is also considered to be the easiest country to travel to on an adventure, with no plans, so it is often the beginning for many backpackers.

However, the main reason for arriving in Bangkok is above all the connection of the airport with multiple international destinations. 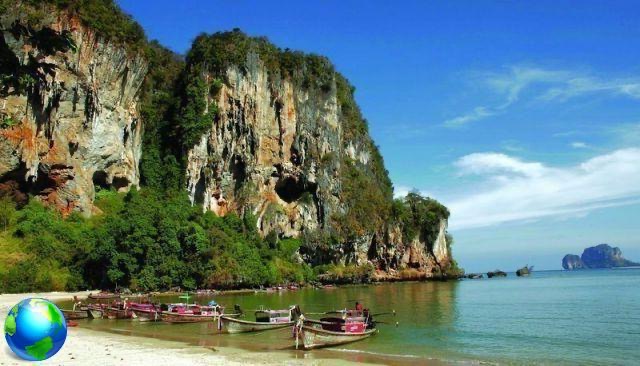 La Southern Thailand, bordering the peninsula of Malaysia, is well known for its islands, some of which have largely contributed to Thailand's export to the world. Koh Phangan with its full moon party, now celebrated everywhere, and the bay of Maya, the film set of The Beach with Leonardo Di Caprio.

The popularity of the islands however has made them highly tourist and commercial: those who they seek the authenticity of places, will perhaps feel a note of disappointment, even in the face of rather high prices, a symptom of commercial tourism.

in 10 days available, we touched three islands, each different from the other for its atmosphere, thus discovering three different perceptions and ways of experiencing an island. 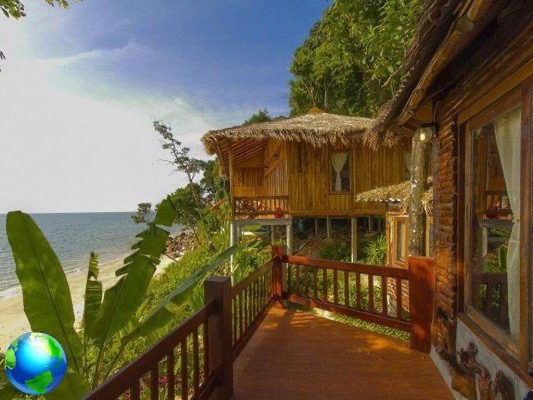 The first stop was on the small and little known Koh Jum, which was proposed to us precisely to avoid the tourist hordes and appreciate the authenticity of the places. The accommodations are very limited: one of the places still available offered the option of sleep in a tent and so we slept for just under one euro a night. The typical phrase "I drop everything and go live on an island" is perfectly suited to Koh Jum: a pearl in the Andaman Sea, with a crystalline green sea, wild beaches embroidered with coconut palms, and its village, unchanged in time. 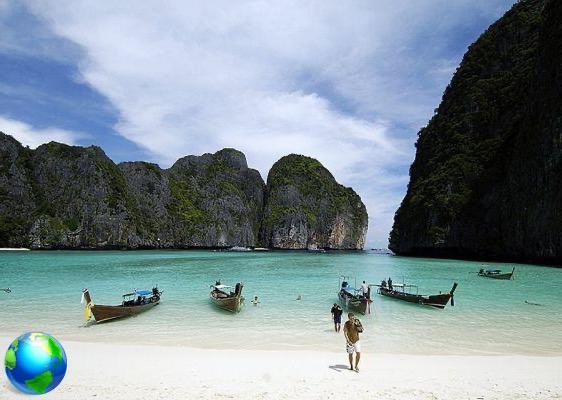 From Koh Jum, we moved to Koh Phi Phi, one of the most famous islands, both for its beaches and for the tourist attractions and the guaranteed fun. In addition to beach parties, diving courses are very popular, as are the famous massage centers. A unsustainable tourism however, he deprived the island of its essence, thus making it a showcase at the tourist's mercy. However, the beauty of its beaches, especially the less crowded ones, is indisputable: Long Beach, in the southwest of the island, is a rare gem on the island of Ko Phi Phi. Prices and types of accommodation vary, accommodating all financial resources.
Long Beach

For those looking for a real one oasis of tranquility, Long Beach is for you: a long stretch of white sand and crystal clear sea, just a small bar that sells drinks and a few casual tourists.
Ko Phi Phi is the starting point for several day trips to the nearby islets, the most famous of these Maya, whose bay became famous for the Di Caprio landing in the film The Beach.

We opted for the full day excursion, with several stops in the sea for snorkeling and a visit to three islands: Bamboo island, north of Phi Phi, accessible only by boat, whose white sand shines even a few miles from the coast. After visiting Maya Bay, the last stop is at Monkey bay in Ko Phi Phi, so named for the large population of monkeys, and from the sand similar to talc. 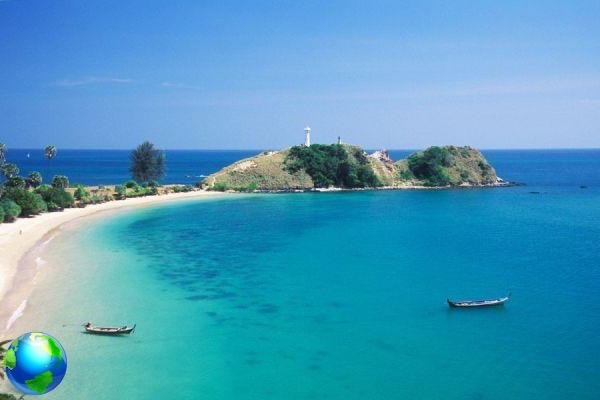 We then move to Koh Lanta, on the west coast, an island with its own character, open to tourism but not commercial, and with a luxuriant nature. Koh Lanta is one of those places where you can indulge yourself and live spontaneously. The island offers attractions that cater to various interests - it's ideal rent a scooter and turn the island in search of the beach that most attracts you, or enter the foresta of mangroves or visit the national park in the southern part. It's a paradise for backpackers, who will find alternative hostels to stay at at very affordable prices or in exchange for a few hours of work a day. As a result, Koh Lanta turns out to be friendly towards the responsible tourist, with a price range in line with the Thai lifestyle.

The night scene is equally diverse: from beach parties to parties in secret locations as well as a simple drink at sunset accompanied by musical improvisations and jugglers, often Thai, those who work in the guest houses, who try their hand at fire shows or with rings and tapes, in total harmony with the tourists.

From Bangkok you can reach the islands by plane (the main ones are served by airports), or with the formula bus and ferry. The night bus takes you to Surat Thani, the bus hub and main port of departure for the islands.

Koh Kood (Thailand): what to see

Bangkok: where to sleep, where to eat and how to get around

What to see in Chiang Mai (Thailand)

What to see in Phi Phi Island: the beaches and the activities not to be missed

What to see in Chang Rai (Thailand)

add a comment of Thailand, the least touristy and most beautiful islands