One of the poorest countries in the world, where the inhabitants live on less than a dollar a day. The territory of Chad is vast and very diverse: here are some tips of various kinds to sleep in the capital N'Djamena and thus discover the center of Africa.

A year ago I was in Chad. Probably none of you will ever go there on vacation. Chad, located in the center of Africa, is one of the poorest countries in the world, where the inhabitants live on less than a dollar a day. The territory is vast and very diverse, from the desert of the northern regions bordering Libya to the verdant south, land of farmers. I went to Chad for an 'volunteering experience, even if only for two weeks in particular in Doba, a medium-sized city in the south. Here, in the post, some tips for sleeping in N'Djamena: recommended accommodations of various kinds. 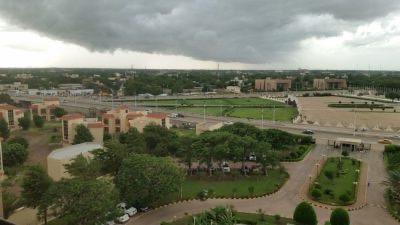 Whatever your destination, in Chad you will have to pass through the capital, N'Djamena: which is also the most populated city. The airport is located here, i connections airplanes are guaranteed by Air France, on Paris, or by Ethiopian Airlines on Rome. Chad is a former French colony and this country still influences, albeit indirectly, political and economic life. French is there official language, which not everyone speaks, and there are many local languages.

N'Djamena is located in the southwest of Chad. From an administrative point of view, it is a region with a special status. Geographically, it is touched by the Chari River and is very close to Lake Chad. It is connected via a point to the city of Kousséri, in Cameroon.

Lake Chad is shallow and devoid of emissaries. It is a very interesting lake because, depending on the rainfall, its size varies a lot: it is a very precious resource for the country and unfortunately, in recent years, it has suffered a great decrease due to drought.

In short, if you go to N'Djamena you can sleep at Kempinski Hotel, Novotel or Le Meridien Chari.

The Kempinski Hotel is located right in the center of N'Djamena, in the Diguel East district, here you will find comfort and standards similar to those we are used to. 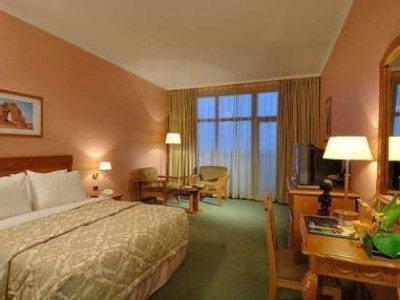 Sleeping in N'Djamena in a guesthouse

Otherwise I can recommend a decent and not expensive place, which is used by many religious and volunteers as a base before moving elsewhere.
It is the Mission Catholique du Quartier Kabalaye. It is a guesthouse run by Catholic nuns, clean, comfortable and with standards quite similar to those we are used to.

Some rooms in the main building, others in small annexes overlooking the courtyard. In each room there is electric light and running water, anti-heat blade fans. All beds are protected by mosquito nets.
At the Mission they will also serve you an African-continental breakfast, with powdered milk, coffee, baguette and jam. Dinner is also served upon reservation. 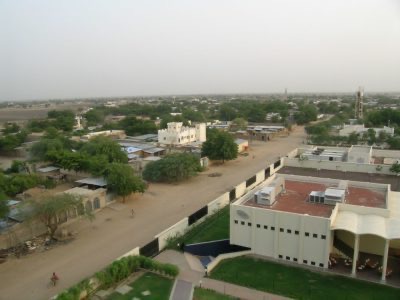 When to go to Chad

Incidentally, the best season is the one that follows the rains, from November to January / February, consider that in the following months the temperatures begin to rise significantly. So it could be really difficult for you to bear the fatigue of the days.
The good news is that, aside from the hottest months of the year, nights are tolerable in N'Djamena.

add a comment of Sleeping in N'Djamena, Chad: center of Africa