Sigismondo Malatesta and his castles over the 600 years


The castles of Sigismondo Pandolfo Malatesta, Lord of Rimini in the 600 years of its history. The post says that in 2017 the 600 years of the history of the family and possessions are celebrated.

At just 51 years of age Rimini must already do without one of the most important lords of the Italian fifteenth century: Sigismondo Pandolfo Malatesta. Who was? Lord of Rimini, great captain of 'fortune', a man of arms from an early age and who had already received his first baptism on the war field at the age of 13, winning.

In 2017 they are celebrated in Rimini 600 years old of the most famous and illustrious character of the Malatesta family who draws its origins from the Rimini hinterland, from Valmarecchia. But how extensive was the Malatesta's dominion, how far did his influence reach? From nearby Cesena with its hinterland to Fano and Fossombrone in the Marche. A territory so large that Sigismondo brought many dislikes from his antagonists, first of all Pope Pius II and immediately after Federico da Montefeltro, Duke of Urbino. 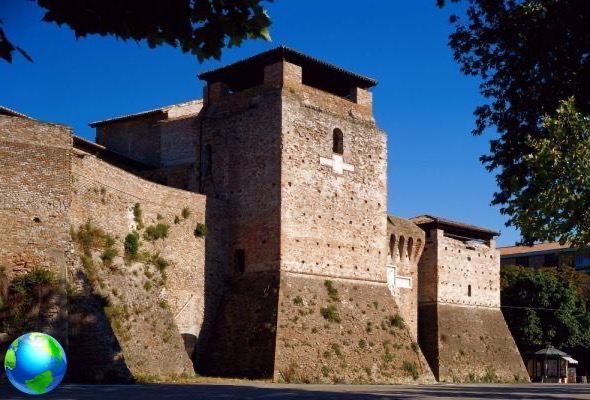 Although born in Brescia, from his father Pandolfo from Rimini, the young Sigismondo links his life and history to Romagna and in Rimini. Here is his castle, here in this land of Romagna are the valley villages where the Malatesta family ruled for centuries. Rather than celebrating it in words, the best thing is to celebrate it in the field, visiting the most important castles in the hinterland of Rimini, Cesena and the Marche region, which saw the work of the talented military architects who, in the pay of Sigismondo, made improvements and made these structures among the most beautiful in Emilia Romagna and Marche.

The castle of Rimini, or Castel Sismondo, today is only a pale photocopy of that of the past. Where can you see how it was originally? Take a leap inside the Malatesta Temple and observe the fresco by the Tuscan artist Piero della Francesca. On the right of the scene you will see a tondo with the representation of Sigismund's castle inside. Moats and many towers. Where am I today? Did you know that it was the city's prison until after World War II? 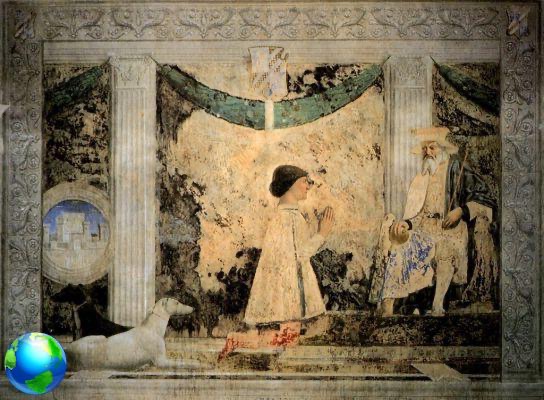 In the hinterland of Rimini, the castle of verucchio, one of the cradles of the Malatesta family, famous for the mythical figure of the Old Mastin or the Centenary. Considered the progenitor of the Malatesta (or Malatesti) family, he created the castle in Verucchio (high) but it was Sigismondo who enlarged and fortified it. The view that can be enjoyed from its terraces is phenomenal, in front of you you will have the whole Adriatic coast. Personal suggestion is to visit it in the afternoon, while the sun is setting.


San Leo with its famous fortress resting on a rock spur it is the best known. Here too the military architects of Sigismondo worked on it but today it is better known with the architectural adaptation made by Francesco di Giorgio Martini, a military architect in the pay of the historical enemy Federico da Montefeltro, Duke of Urbino. Immense, impregnable fortress, from which you can enjoy an incredible view and which every summer relives the siege of the castle in period costumes. 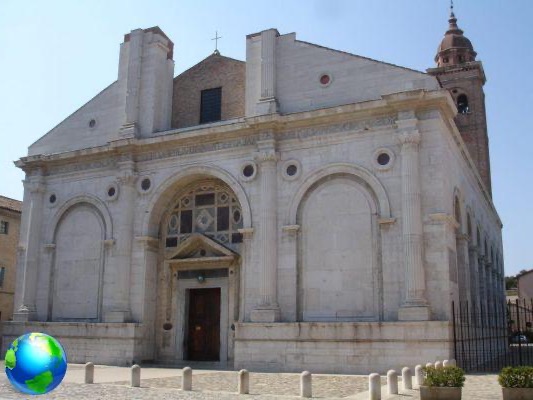 Going up the river course of the Marecchia you will find other medieval villages such as pennabilli. This medieval nucleus, which contends with Verucchio for the palm of the true birthplace of the Malatesta, no longer has its fortress. Yet the old charm has kept it and today it is famous for the Buskers festival in the summer and for the long stay had by the poet Tonino War among the alleys of this village. Screenwriter of some films by the famous Federico Fellini, he has always considered Valmarecchia and Pennabilli his home, even though he was from Santarcangelo di Romagna.

On the other side of the valley there are other castles or small forts, in the hands of other noble families of the time they are however an interesting destination: Sant'Agata Feltria with Rocca Fregoso, the small village of Petrella Guidi, the castle of Montebello with the myth or legend of Azzurrina. We would then have to consider the fortress of Castelvecchio, on a cliff in that piece of Tuscany that fits into the Rimini Valmarecchia. Don't forget the castle of Santarcangelo di Romagna, now owned by a noble Roman family, it was actually enlarged by Sigismondo Malatesta. Its large keep, one with the tower, was lowered by the Malatesta family to have the building material for the Cervese gate. A gateway to the fortified village that looks right towards Cervia and its salt pans.


Passing through Valconca (also in the Rimini area) and the nearby Marche, don't forget to take a trip to Montefiore where its quadrangular fortress (too much remodeled after the war) is still an exceptional point of view at dusk to look at the coast and the nearby Marche and Tuscan hinterland. 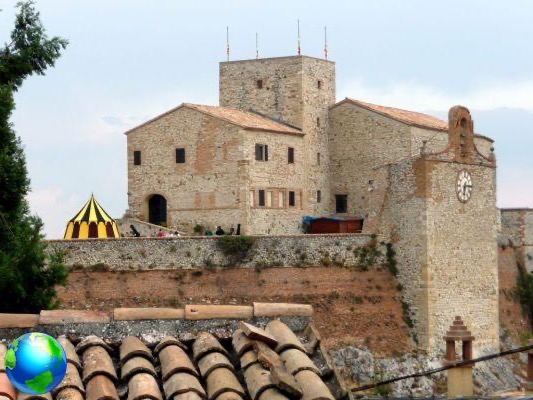 Famous in the Marche is the castle of gradara, where the myth of the most famous love story in Italy (like Romeo and Juliet) by Paolo Malatesta and Francesca da Polenta, sung by Dante and celebrated by famous operas, finds a home. This beautiful castle was also modernized by Sigismondo, whose current appearance is due to the restoration of the last owner: Umberto Zanvettore.

Being still in the Marche, take a trip to the fortress of Monte Cerignone or to the village of Macerata Feltria, one of the few Malatesta castles loyal to Sigismondo in an attempt to resist Federico da Montefeltro. Medieval fortresses with undisputed charm both in winter and in summer.

There is no shortage of villages set in the Cesena area such as Saint John in Galilee where the legend of Leonida Malatesta the madman, one of the many branches of the family descended from Sigismondo. Its history will not fail to entertain even children in the visit to the village, especially if done at night. Or Sogliano the Rubicon famous today also for the fossa cheese or Monteleone with its Malatesta palace celebrated by the English poet George Byron now owned by the counts Volpe. Do not forget the castle of Longiano or that of Sorrivoli, places that still emanate the incredible charm of an Italian Middle Ages and then Malatesta to tell.

Audio Video Sigismondo Malatesta and his castles over the 600 years
Trattoria Gattara in the Rimini Valmarecchia, menu at € 19 ❯