Sicily, all the Christmas traditions: from dishes to cribs

Il Christmas, as we know, is the most awaited holiday of the year, a celebration of importance and proportions that are nothing short of pharaonic, which in recent years has been increasingly enriched with values ​​that at times have drawn a little too much from the world of consumerism and well-being.

In fact, we often forget that in reality it is a festival whose origins are firmly rooted in ancient religious and pagan traditions, and that sometimes it would be right to take a step back so as not to forget where we come from.

In Sicily the Christmas atmosphere begins to be experienced starting from 8 December, feast of the Immaculate Conception, when in all the houses the typical decorations of this festival are mounted and we begin to gather around a table to eat our fill with friends and relatives. Although the Christmas tree complete with sparkling lights and attached gifts has now taken over in all homes, many remain faithful to the crib, which recalls the nativity theme, the real star of this party. That of the crib is a tradition so loved and felt that there are different versions of living cribs in many countries, which every year welcome real crowds.

In most cases they are representations of ancient Sicilian crafts of the late nineteenth and early twentieth centuries, many of which seem to be lost. 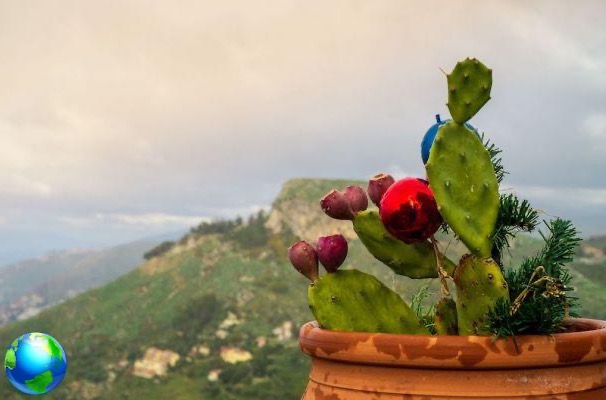 
For those wishing to indulge in the purchase of particular objects, there is certainly no shortage of Christmas markets, which offer everything and more: from typically vintage objects to antiques; from household utensils to all sorts of technological and non-technological gadgets; and of course the funfair with lots of games suitable for adults and children. 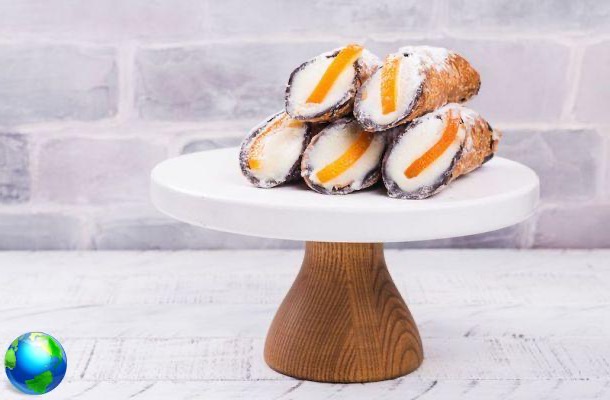 Someone is asking: but will there be typical products to eat for Christmas? We are in Sicily, the homeland of good food: can there be a lack of things to eat? Of course not! Indeed, the list would be long and one that makes your mouth water, also because each area has its own typical dishes.

Lo sfincione, today one of the protagonists of Palermo street food, is considered the bread of the holidays. It is a dough similar to pizza but much more double and spongy, covered with tomato, horse cheese, onion, anchovies and breadcrumbs. Especially typical of the eve, recommended only for strong stomachs.

Among the first we remember lasagne, cannelloni and of course the very famous Anelletti Al Forno, even these rather rich, seasoned with a robust sauce, bechamel, hard-boiled eggs and fried aubergines.

You want to know all the dishes of the Christmas holidays in Sicily? We have collected a special article. 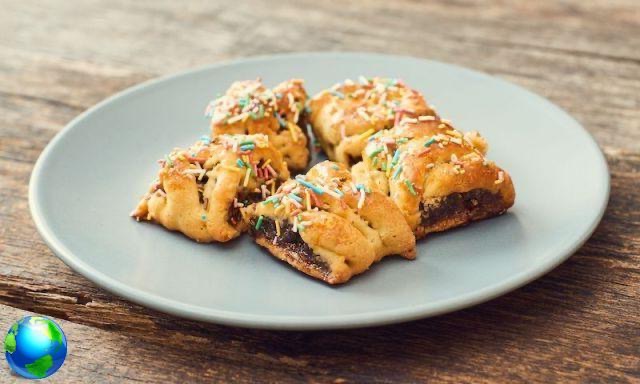 Among the latter the protagonists are the fish, such as the cod, to be fried or stewed, and the capone, better known in the rest of Italy as dolphin fish, also to be done stewed.

And finally the desserts. Now everything is fine, panettone is fine and pandoro is fine too, but here in Sicily we have our desserts, which, excuse the parochialism, are the best in the world! The dessert par excellence is obviously the cassata, perhaps more typical at Easter, but every occasion is good to eat a slice of the queen of cakes.

The typical dessert par excellence of Christmas is however the buccellato, that is filled shortcrust pastry of dried figs, raisins, hazelnuts, almonds, chocolate, honey, walnuts and candied fruit. And then there are the sfinci (round pancakes) to sprinkle with sugar and cinnamon; cobaita, or Modica nougat, a crunchy caramelized honey with sesame seeds and almonds.

Audio Video Sicily, all the Christmas traditions: from dishes to cribs
What to see in Chandigarh: 5 unmissable places ❯

add a comment of Sicily, all the Christmas traditions: from dishes to cribs