What to see in Rio de Janeiro, Brazil, the city famous for its beaches and fun, carnival and people. Read in the post the five things you can't miss, but Brazil is also much, much more.

Famous for its beaches, carnival and l 'cheerfulness of its inhabitants, the cariocas, Rio de Janeiro it is considered one of the most beautiful cities in the world. Nestled in the Guanabara Bay, it stands out between the sea and the mountains and is surrounded by a luxuriant and unexpected nature. One of the largest metropolises in the world sees tropical forests and soaring skyscrapers coexist in its urban fabric; two usually irreconcilable realities blend in harmony to create a surprising and unique landscape in the world. 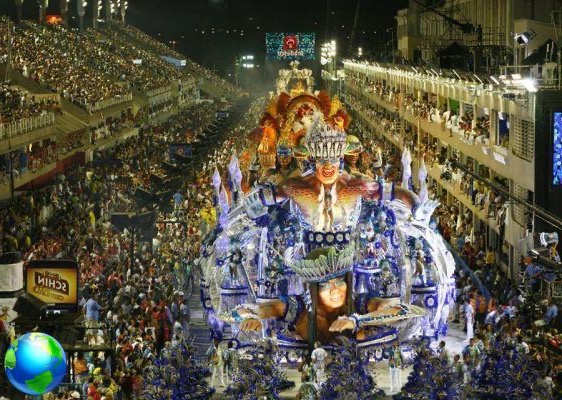 Rio de Janeiro is destination of dreams of many travelers and the only love of the cariocas; many Brazilians leave in search of new experiences but always return abandoned to the strong saudade that this city is able to arouse. A city that leaves its mark and offers many attractions, here are 5 absolutely not to be missed. 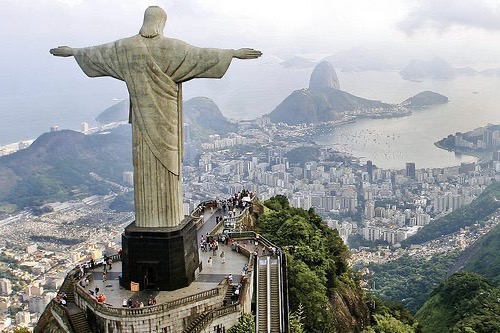 Considered the symbol of the city and more generally in all of Brazil, the Cristo Redentor is the statue in Art Deco style that since 1931 dominates the whole city from Corcovado, a mountain of about 700 mlsm. The statue, 38 meters high, can be reached via the centenary Corcovado railway, the first electric railway in the country, or along the trekking paths that cross the beautiful Tijuca forest, which is part of the national park of the same name. Once you reach the top of Corcovado, the show is guaranteed. 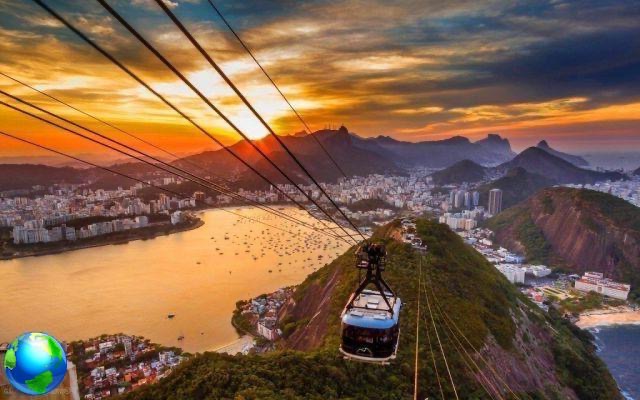 The shape of this mount just under 400 meters high, it recalls that of a traditional local dessert, from which the name derives. The monolith of granite origin, stands out in the bay rising directly from the Atlantic Ocean for more than 600 million years and is surrounded by a typically tropical vegetation hosting relict species of the Atlantic forest, extinct in the rest of the Brazilian coast. Reached the top of the Sugar Loaf thanks to cableway, bondinho, the view over the city of Rio is exceptional. 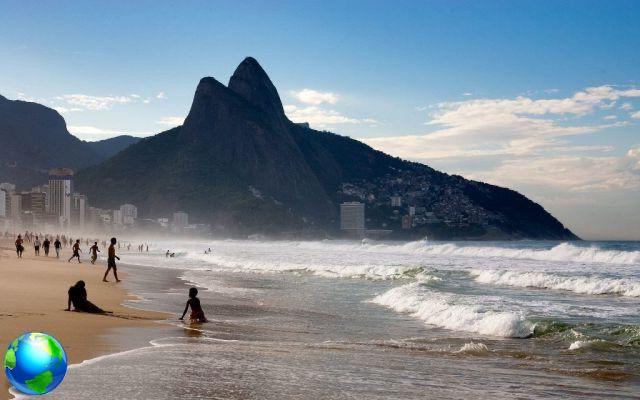 "A moça dourada, mixed de flor and sereia, cheia de luz and de graça ..."
"A girl with a golden tan, a mixture of a flower and a mermaid, full of splendor and grace ..."
Thus Vinicius de Moraes and Tom Jobim celebrated the beauty and charm of Carioca in the best known bossa nova song in the world, Garota de Ipanema. It is in this neighborhood that it is easy to grasp the nice Brazilian living, art galleries, trendy shops, fine restaurants and traditional bars dot and enliven its streets. But the beach is the real hub of city life: more than two and a half kilometers of white sand frequented by artists, surfers, university students and the most beautiful “bodies” of Rio; many cariocas meet here to play sports, rest after work, admire the wonderful sunset. 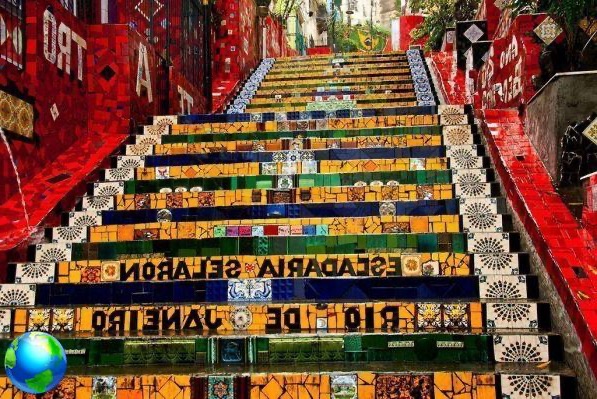 Straddling the neighborhood of Lapa and Santa Teresa lies the eclectic Escadaria Selaron, steps of a thousand colors that reflect the liveliness and brightness of the people of Rio. 215 steps adorned with mosaics and multicolored tiles from all over the world, is the artistic work of the Chilean Jorge Selaron who in 1990 started his project and wanted to thank the Brazilian people who had welcomed him so generously. The colorful tribute is also an opportunity to visit Lapa and Santa Teresa, two neighborhoods with an exquisite bohemian atmosphere. 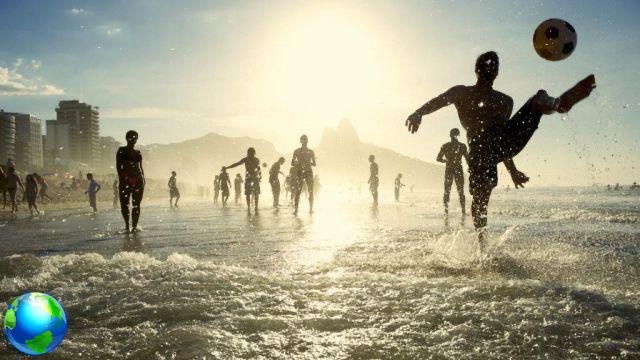 As is well known, the football in Brazil it is an integral part of culture and it would be a mistake to downgrade it to mere sport. It is a philosophy of life, a moment of national unity, an opportunity for revenge and hope for a better life; this sport pervades many aspects of the life of a Brazilian and the Maracana stadium is therefore not only an arena where sports matches are held. Even if football is not your favorite sport, this real sports temple opened in 1950, worth a visit.

Audio Video See Rio de Janeiro: 5 places not to be missed
Atmospheres of Africa in Tanzania, in tented camps for the New Year ❯

add a comment of See Rio de Janeiro: 5 places not to be missed