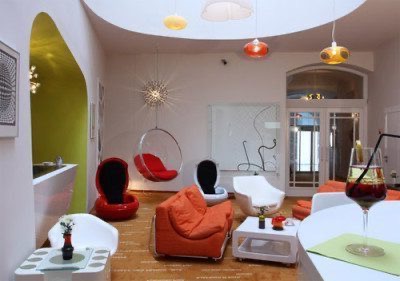 Sleeping in Prague in a budget design hotel, it's not an everyday thing. The Sax Hotel is a fairly regal building from the 300th century on the outside that offers all its elegance and design inside with really affordable prices.

THESax Hotel regardless of its beauty it also has one history very interesting. The building originally belonged to a blacksmith named Sax and over time it became first an orphanage then a hospital and before becoming a hotel it was also a condominium. A rich story that is also told by vintage interior 50s, 60s and 70s.

The wi-fi connection is available only in the common rooms and the rooms cost about per night 130€ if you can find good offers. A somewhat sustained low cost but acceptable if you think that breakfast is included and the hotel is a 4 stars in the center of Prague.

What to see in Prague in 3 days

24 hours in Prague with friends