San Diego, 4 places to visit if you have little time


What to visit in San Diego even if you have little time, 4 unmissable destinations to see in the United States even in a single day, all the tips for a low cost holiday in the post.

San Diego it was an obligatory stop on my trip to California on the road a few years ago. I still remember the beauty of the landscape as we reached the city; coming from Los Angeles, you could see all these skyscrapers overlooking the ocean. Wonderful! We haven't been there much, just a day and a half, but that was enough to be totally enthusiastic about this city. Let's see the main places not to be missed if you have little time to visit it. 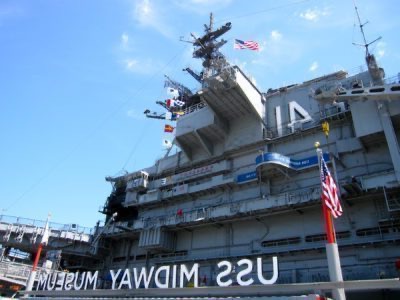 1. Gaslamp District, what to see

This is the most “lively” neighborhood in San Diego. Here you can indulge in shopping during the day and entertainment in the evening.
The main attraction of the neighborhood is definitely theUSS Midway Museum, or rather the museum of the aircraft door USS Midway of the United States Navy; if you are particularly interested I suggest you take a nice guided tour, where you can hear the whole history of this airline with more years of activity in the world.

Another famous attraction that you can find in this neighborhood is the Petco Park, which is the baseball stadium that hosts the San Diego Padres. 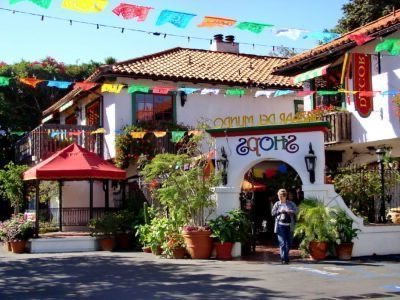 Old Town is obviously the beautiful old city, the historic district, which has now become a large park with the name of San Diego State Historic Park. I had read everywhere that here there was a Hispanic air and I assure you it is so; up Presidio Hill the Spaniards, in 1769, built the first of the missions of El Camino Reale.

I advise you not to get lost Casa de Estudillo, a thatched house, built in 1825 for Don Jose Antonio de Estudillo, a Spanish aristocrat; became a refuge for women and children during the American occupation.Heritage park, a small and particular neighborhood where you will find many Victorian style buildings. 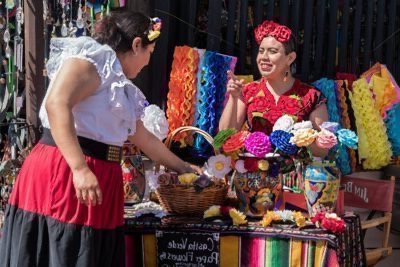 3. Presidio Park, a view of the city

Presidio Park offers truly beautiful views across the city of San Diego and remains one of the most beautiful places in my opinion. The park has a strong historical importance in California, because it was the site of the first European settlements; inside we can find the Presidio of San Diego, which was the basis of the Spanish colonization.

In addition to this, we can find the palm planted by Junipero Serra and a museum dedicated to him; Junipero was a Franciscan friar who founded the Native American conversion mission to Catholicism. There Basilica of San Diego de Alcalà, which is located near the park, was founded by him. 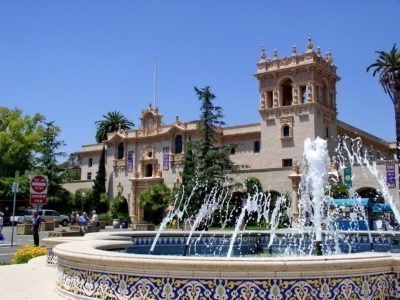 You can't come to San Diego without visiting it!
The park is divided into three sections and, in addition to the very famous San Diego Zoo, you can find many very famous museums; unmissable are the San Diego Museum of Art, with works by artists such as Giotto, Degas, Monet, Matisse, Diego Rivera and so on and The Air and Space Museum, or rather the aviation museum.

Al Balboa Park you can also do many beautiful excursions and admire historic buildings dating back to the Golden Age; the park is a beautiful oasis with flowers, gardens (to name a few, Cactus garden e Butterfly Garden), protected areas and pedestrian walkways. 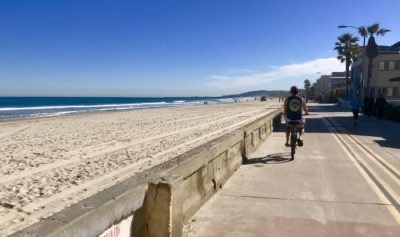 Obviously this is a quick little guide if, like me, you have little time to visit this city.

If, on the other hand, it was very hot and your desire to go around was not very much, do not miss the beautiful beaches that San Diego offers you. I could name a thousand places but if you go towards La Jolla, you can't go wrong! It is a very famous area for its beaches in the middle of canyons and hills. To name a few: Pacific Beach, Ocean Beach and Mission Beach they are certainly the most famous.

Visit Santa Monica: what to see, what to do and how to get there

What to see in Arizona: places not to be missed

Visit the American Museum of Natural History in New York: timetables, prices, what to see and how to get there

Work, live or stay in New York, all visas here

add a comment of San Diego, 4 places to visit if you have little time