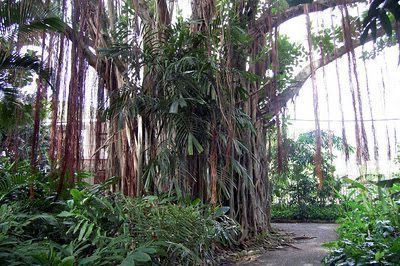 The Virgin Islands are more than thirty volcanic islands, rounded and very green in which there is also the Sage Mountain National Park, created in 1964 to safeguard the rainforest on the slopes of Mount Sage.

Sage Mountain National Park is located at Sage Mountain Ridge, the highest point of the islands which is located in 1716 mt. Here among the plants he trees you will be spoiled for choice to see: elephant ear, mahogany, hanging vines, white cedar, fern and kapok.

How to get around the British Virgin Islands

An unusual restaurant in the Caribbean, the Willy Thorton