Relaxing holidays at the Terme di Bagni di Lucca: what to see and what to do in one of the summer capitals of Europe

What to see in Bagni di Lucca, a Tuscan town located in the heart of the Val di Lima. The tourist offer, naturalistic excursions and trips to do in the area. Information, history and curiosities about the thermal baths of Bagni di Lucca. 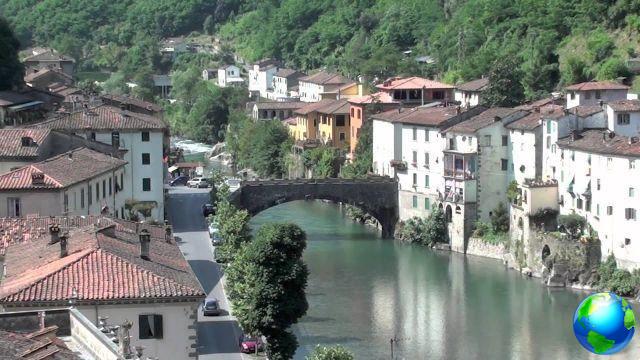 We are about thirty kilometers north of Lucca. This picturesque town was a "land of princes and poets": from the first half of the nineteenth century it attracted royals and nobles from all over Europe who came to Bagni di Lucca to experience the healing powers of its thermal waters.

in short Bagni di Lucca was one of the Europe's most important summer capitals.

It was 1837 and Bagni di Lucca it also became famous internationally for the opening of one of the first casinos in Europe. Did you know that the game of roulette was invented in this Tuscan town?

Bagni di Lucca has attracted numerous figures linked to art and literature such as Shelley, Byron, Browning, Carducci and Puccini. Its origins are actually even older, think that the first settlement dates back to the Romans and developed in the Corsena area around the Church of San Pietro Apostolo.

As far as the 'hotel offer in Bagni di Lucca, the choice is varied. We recommend renting an apartment or staying in a structure overlooking the Tuscan countryside.

What to do in Bagni di Lucca and surroundings

Bagni di Lucca is located along the bank of the Lima stream and consists of three different hamlets: Bathrooms at the Villa which is the central area, Ponte a Serraglio ie the Casino area e Hot Baths where the thermal baths are located.

The town in winter becomes a base for reaching the ski resorts of the area including that of Abetone. During the summer season as well as for its spas which are the main attraction, Bagni di Lucca is appreciated for the tranquility and peace that make it the ideal destination for a weekend of absolute relaxation.

Also around Bagni di Lucca you can practice trekking and naturalistic excursions in the Tuscan hinterland on foot, by bicycle and on horseback. We especially recommend an excursion inside the Orrido di Botri Nature Reserve, the largest canyon in the region.

Without forgetting that in a few kilometers from the center of Bagni di Lucca you can discover them picturesque villages including San Cassiano, Lucchio dominated by a ruined castle (the Rocca di Lucchio) e Montefegatesi, a village of medieval origin perched on top of a hill. 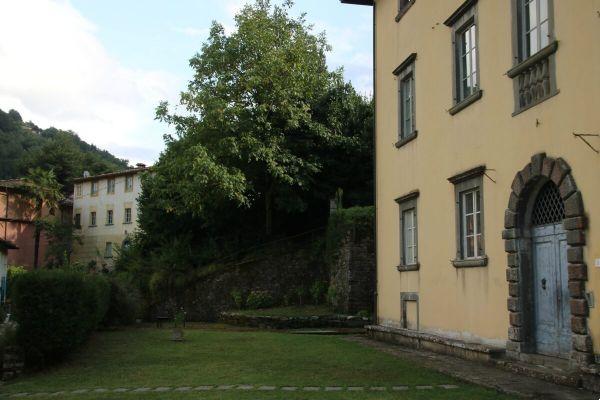 Bagni di Lucca is appreciated for her Old Town but also for the nature trails that wind along the river.


Le main attractions of Bagni di Lucca they can only be the spa which for centuries have represented one of the most renowned and well-known international reference points for spa treatments. 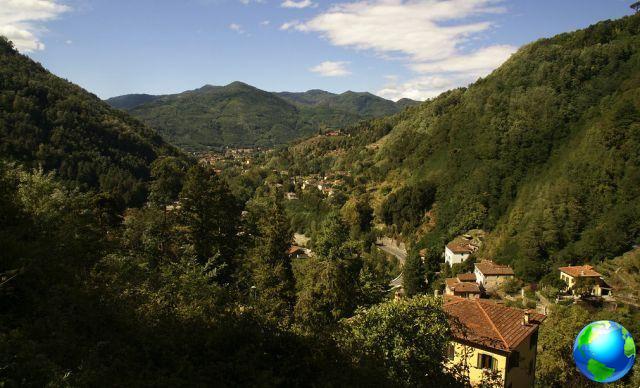 Lucca where to eat well and spend little

The nineteenth-century villas and the Demidoff Chapel

In the Bagni alla Villa area where the thermal baths are located, you can admire impressive ones nineteenth-century villas. Here we find the precious Cappella Demidoff adjacent to the villa of the same name, a work commissioned by the Russian prince Niccolò Demidoff.

The building dates back to 1825 and was built with a style that deliberately evokes the Pantheon From Rome. The chapel and the villa with the famous statue of Giambologna in the gardens are closed to the public and are open especially in the summer months for special events. 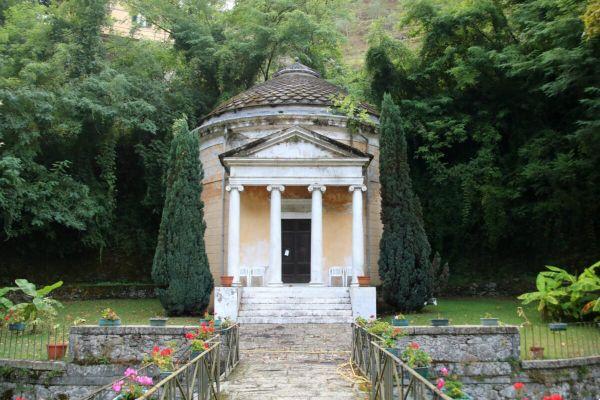 The Anglican Church and the English Cemetery

Among the places of interest in Bagni di Lucca we point out the Anglican church, built in neo-Gothic style in 1839 and linked to the Protestant community that inhabited the area during the XNUMXth century.

At about 300 meters, there is also the English cemetery. Today the Anglican Church has been used as a municipal library and houses a precious literary heritage, the result of a donation by an English historian. 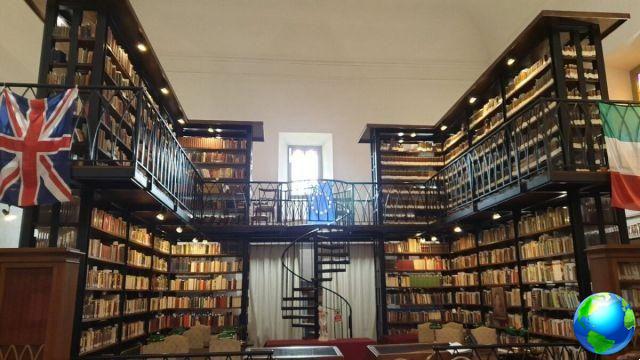 The architecture of the Chain Bridge, engineering work dating back to 1800. It was commissioned by the Duke of Lucca Carlo Ludovico di Borbone by the architect Lorenzo Nottolini.

Due to its surprising design at that time it was considered an almost futuristic work. In fact, innovative industrial techniques were used, including the use of suspended iron chains and complex mechanisms to keep them in tension.

It is a pedestrian bridge, towering imposingly on the Lima river precisely in Fornoli, a small fraction of the municipality of Bagni di Lucca. 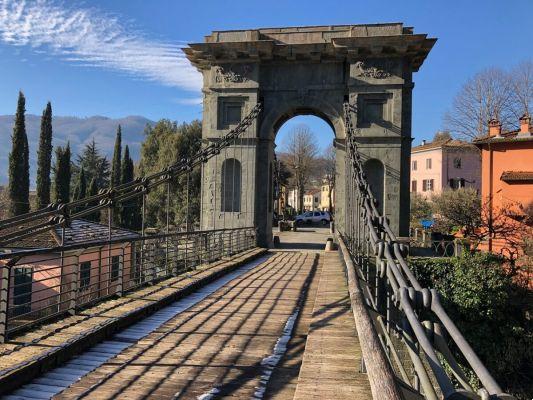 The Baths of Bagni di Lucca

Tuscany is famous for its volcanic sulfur springs and among these Bagni di Lucca it is one of the most renowned centers in the world.

It was the Romans to discover its existence and to use it to exploit the healing powers of the underground waters. In the Middle Ages and later in the Renaissance, new ones were born.

But the thermal baths of Bagni di Lucca they reached their maximum splendor at the beginning of the eighteenth century, when they were visited by important personalities from all over Europe.

It is believed that the calcium, bicarbonate and sulfate present in the thermal waters have beneficial and healing properties useful to combat rheumatic disorders, arthrosis and other pathologies. 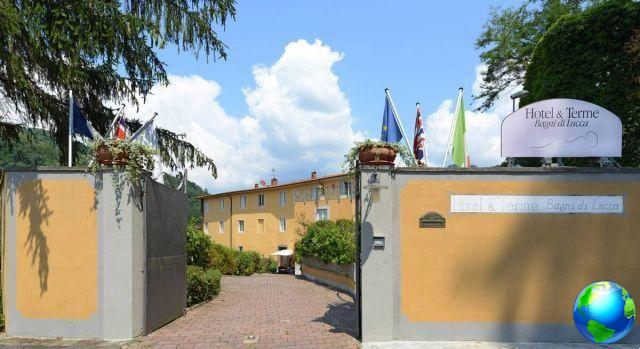 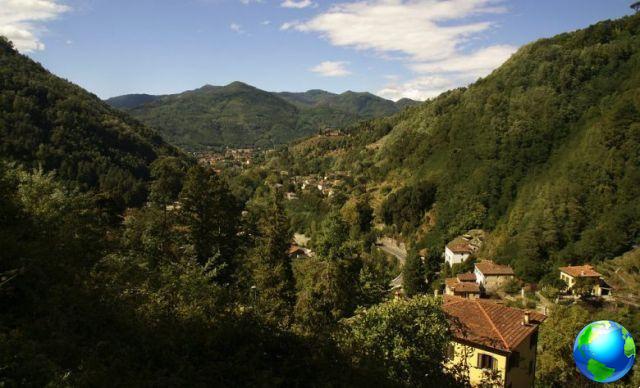 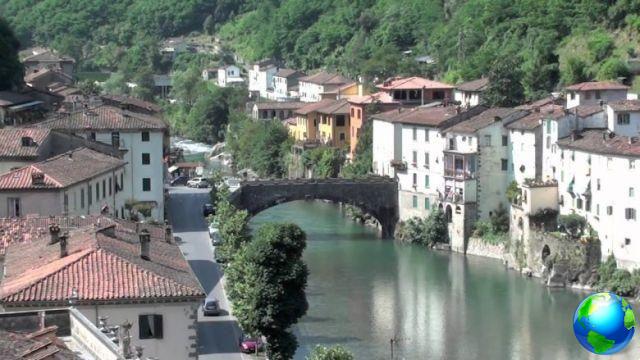 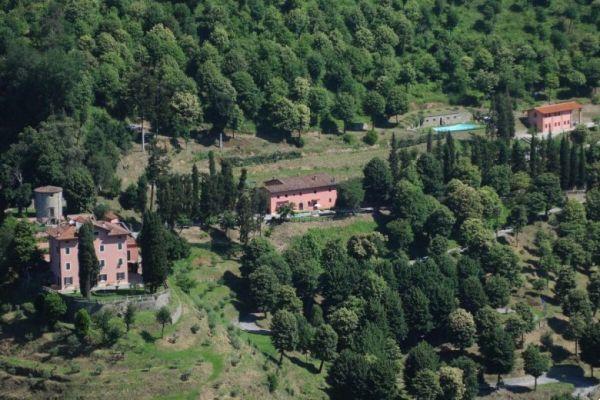 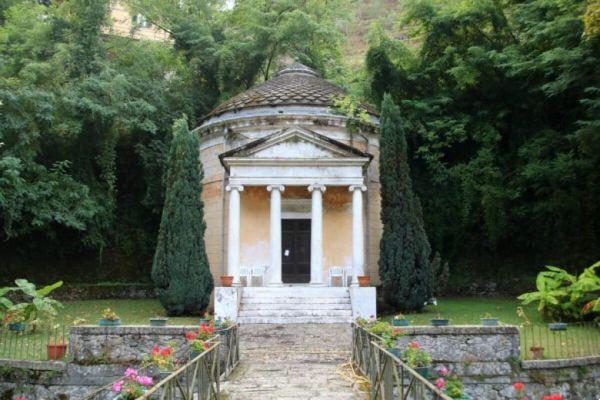 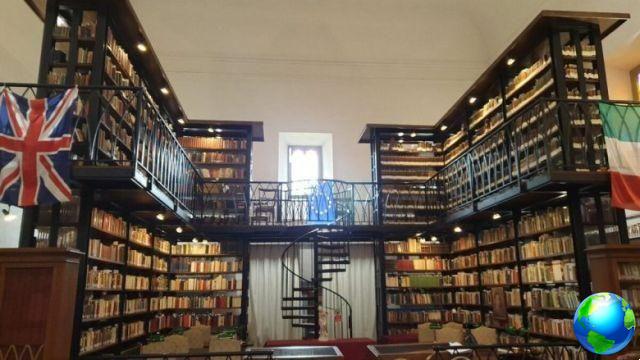 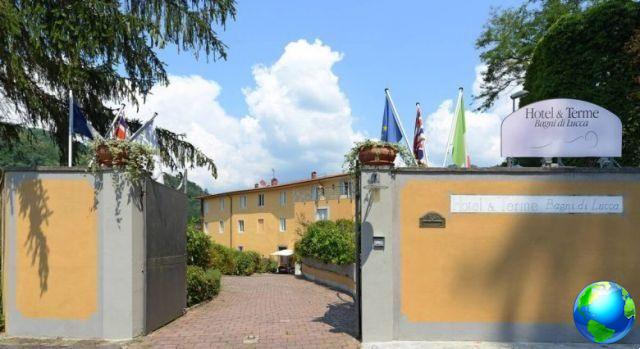 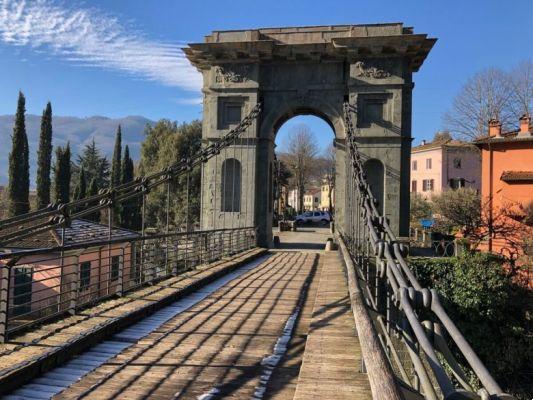 Relaxation and wellness holidays in Sorano: what to see in the spa village known as "The Matera of Tuscany" ❯

add a comment of Relaxing holidays at the Terme di Bagni di Lucca: what to see and what to do in one of the summer capitals of Europe