Reichstag in Berlin, why visit it 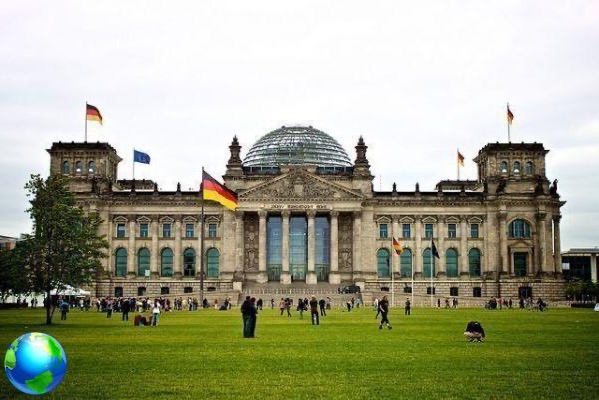 Reichstag as we know it today is a work of N who completely restored it in 1992. The restoration was so successful that Reichstag became a huge attraction for residents and tourists, especially for its beautiful and fascinating glass dome.

I who was there a few years ago can tell you that worth the queue, even if in some periods of mild climate the line is very long. From up there, however, you can see one of the most beautiful views of Berlin, and it's free. If you prefer not to queue, you should at least reserve your seat 5 days before, if you like to take risks instead… go and try. I had very little queue also because it was January and it was really so cold. But I repeat, it's really worth it. Getting lost in this masterpiece, perhaps on a cold winter day, while it's snowing and windy outside is beautiful. The Reichstag is also very clean and once you get to the top you can't help but admire the beauty of the architecture and the beauty of the city.

On hot summer days, on the other hand, lying in front of the Reichstag park is postcard. Go through here, lie down and take a picture of yourself, you will remember it for a lifetime!

Audio Video Reichstag in Berlin, why visit it
New Year's trip to Paris, some tips ❯

Pfunds Molkeri, in Dresden the most beautiful dairy in the world

Mannheim: 10 things to discover in Germany

What to see in Nuremberg

add a comment from Reichstag in Berlin, why visit it