QR Code in Rio de Janeiro for tourists from Brazil 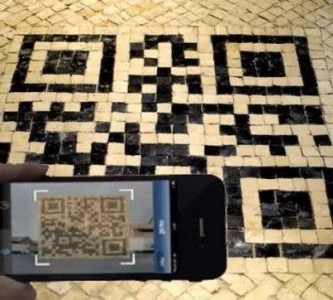 A Rio de Janeiro have decided to incorporate i QR Codes in the black and white mosaics of the symbolic sidewalks of the city. In fact, Rio de Janeiro is the first city in Brazil to adopt “bar codes” in view of the next soccer world cup and subsequent Olympics. At the end of the famous Ipanema beach, the first QR Codes were placed, two-dimensional barcodes that used with a smartphone can contain a lot of tourist information. And this is the main purpose for which they were put.

The most curious have already started downloading the necessary application on their smartphones and tablets. The program reads the code and takes you to a website that provides information in Portuguese, Spanish and English, as well as a map of the area. The administration plans to install one thirty codes in historical places or places of tourist interest. Tourism thus has a new face which is that of technology compared to direct contact with the territory, a sort of travel guide but on one's own tablets.

Rio De Janeiro, 10 stages not to be missed

Trekking to Lencois, in the heart of the Chapada Diamantina - Brazil