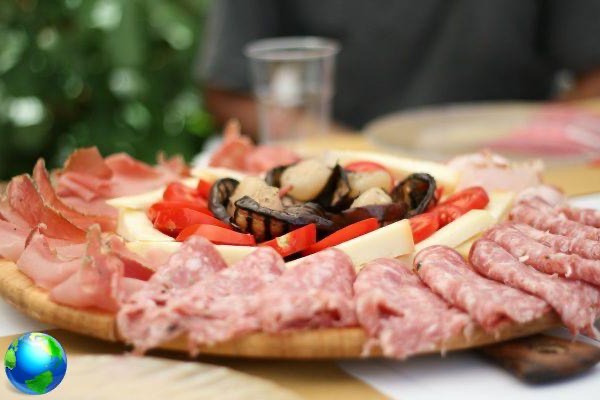 Anyone who knows the Toscan kitchen he knows that his goodness derives from the simplicity of the recipes: recycling leftovers and mixing cheap ingredients are the basis of poor cooking. There gastronomy of Prato it is in line with the regional one: the main rule is to avoid waste. The surroundings of the city offer many raw materials to make tasty and healthy dishes, first of all extra virgin olive oil from the hills of Carmignano.

The product is at least as valuable as the wines of the area: from Barco Reale to Carmignano DOCG, of which Villa Artimino and Tenuta Ambra are excellent producers. In the area around Poggio a Caiano, in fact, it is possible to visit wineries and oil mills, to understand how they are processed, to taste and buy the products of the Medici land. If you feel like reaching Artimino, you can in fact observe the Villa with the Hundred Chimneys, surrounded by olive groves and vineyards, an ancient country property of the noble Florentine family.

Returning to the table, the first really Prato dish is mortadella. No, it is not an ancient feud with the Emilians: the mortadella from Prato it has nothing to do with the national one. It is a particular and difficult to find salami, because only a few butchers sell the original one now Slow Food presidium. It is made with the discarded fennel meat and spiced with pepper and salt, cloves, cinnamon and coriander, garlic pulp and alchermes. An excellent appetizer, served with classic liver crostini and other cold cuts in the most homemade trattorias such as Old Kitchen of Soldano, or can be purchased at fair prices at the Conti or Mannori butcher's.


The most traditional recipe is that of celery "alla pratese", obtained from the reuse of the outer ribs of the vegetable. The celery is filled with a meatball, fried and then cooked with a not exactly low-calorie sauce. The preparation is very long and certainly cannot be considered a side dish: it becomes in effect an excellent second course or even a single dish. The best I ate were those ofOsteria del Cibbè in Piazza Mercatale, but in the taverns you can find them according to “grandmothers' recipes”: those who cook them in tomatoes and those in meat sauce, those who put mortadella on a meatball and those who make a light version.

even the bread it's all from Prato: the draft is the typical shape of the city. Of course, savory bread lovers won't like it, but it pairs well with the area's savory meals, and even this isn't thrown away! With i stale loaves you can cook excellent bread soups, panzanelle, baby food with tomato. It is therefore advisable to have it fresh every day: there is certainly no shortage of good bakers.

I will not stop talking about Cantucci or Bruttiboni, now well known, but of other desserts made in Prato and… the province. THE Sassi della Calvana in fact they are typical of the area of ​​Vaiano and Vernio and, unlike the name, which would indicate the karst origin of the mountain that rises above Prato, they are not hard at all. They are soft biscuits, with different flavors: oil and hazelnuts, chestnut and pine nut flour, raisins, vin santo and lemon. Their cost is not exactly cheap, but they are an originality of the area that you cannot fail to taste.


The final dessert is the historical one of Peaches from Prato. Legend has it that they were prepared by the Locanda Contrucci in Piazza Duomo to celebrate the unification of Italy and thus joined the gastronomic tradition of the city because they continued to be in great demand. Of the fruit they have only the shape and when it is in season, even a small decorative slice; but in reality they are sweet cakes, soaked in alchermes and sweetened and then dressed with a thick cream.

We could write a book with the methods of preparation of once of these ancient recipes revisited, handed down, but never forgotten by those who love good Tuscan cuisine.

add a comment of Prato, 5 typical foods of Tuscany