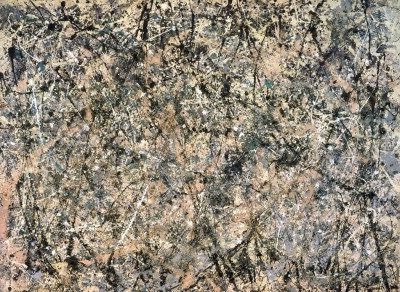 Il Palace of Expositions di Rome opens the exhibition “Il Guggenheim. The American avant-garde 1945-1980 "il 7 February to end on May 6th. The event coincides with the centenary of Jackson Pollock which in the exhibition is represented with six paintings, more than any other.

The meeting between Guggenheim and Pollock happened in 1943 and history has it that Guggenheim said of the artist “this man has serious problems and painting is one of them“. Then Guggenheim offered Pollock a contract for four personal, but not only that, he also lent him two thousand dollars to buy a house in Long Island and he commissioned the famous Mural, two and a half meters by six of art.

One hundred years ago exactly, the January 28 1912 (day plus day minus) Pollock was born in Wyoming and died in 1956 driving his car drunk as he crashed into a tree. The exhibition in Rome is an event for both the city, which has never seen six works by Pollock and because on the centenary of his birth it would be a real shame not to go and see him.

Il ticket price it ranges from € 18 (full ticket) to € 15 (reduced ticket). Every first Wednesday of the month admission is free for young people under 30 from 14pm to 19pm.

Audio Video Pollock in Rome from 7 February, the artist's centenary
In Seville at Anna's, a holiday with friends ❯

add a comment of Pollock in Rome from 7 February, the artist's centenary