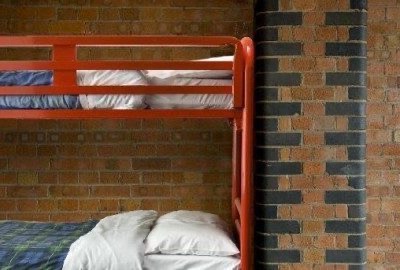 Yeah, because if everyone was waiting for the Olympics as we expect Christmas, waiting for flocks of well-fed tourists willing to spend staggering amounts, well .. it did not go exactly like this. Both on Guardian that on Times had written about this thorny problem, namely the fact that, despite the upcoming event, only the 70% of the hotel rooms had been booked.

To think that initially there were also those who had proposed to Londoners of rent your own garden to the more adventurous tourists, travelers with tents, sleeping bags and backpackers; there have even been landlords who kicked their tenants out of the house in the hope to be able to earn astronomical figures by renting their houses to tourists. But no!

- hostels with availability during the days of the Olympics are still several, and you can get a clear idea of ​​how many there are simply by doing a quick search on www.hostelworld.com. The hostel chains St. Christopher's e Astor, for example, they offer rates that hover around 15/30 pounds per night, in mixed dorms of four or more people. Sure, you have to have a little bit of adaptability but, hey, we're in the Olympics and you could find accommodation in the center of one of the cheapest cities in the world.

If, on the other hand, you want to indulge in a few extras, this might be the perfect time to check out five star hotel of the British capital, which are selling off a bargain prices their rooms, just to cope with this shortage of tourists

In the midst of all this remain the budget hotel such as Premier Inn e Travelodge, who have instead pumped up their rates (normally around 30 euros per night per person) reaching in some cases the prices of the aforementioned five-star hotels.


The ideal solution if you are traveling alone, you have a great adaptability and few requests remain in any case the couch surfing, which in a city like London can be a risky option if you are a clean freak, but certainly very, very cheap. If you feel like it scrounge a couple of nights on the sofa with a perfect stranger (to be on the safe side just choose the verified profiles) then do not hesitate: in addition to having a roof over your head, you will also have a real inhabitant of the metropolis who will provide you with valuable advice. Free.

Chatsworth House in the Peak District, an English day

Where to eat seafood in Oban

The best pubs in Edinburgh

London cheap between markets and free walks, here the tips