New York, trips out of town with low cost buses 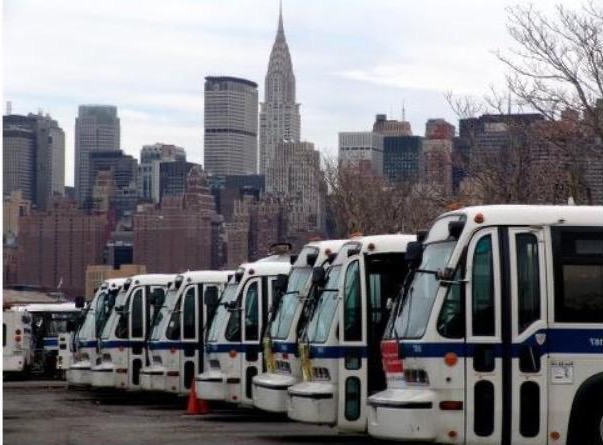 The dream of my life in short, one of the dreams was to travel and see the world, then one of the greatest dreams came true, that is to move and be able to work legally in New York so that the rest is a bit 'put aside. I told myself I've already seen all or most of Europe, America is so big that I will never be able to move from New York, also because it will cost me so much to go anywhere. Then the turning point.

I found some bus companies that with really low figures they go and return even on the same day for most of the American cities.
I said to myself let's try!

Positives: these bus companies they have a bathroom and are cheap and departures are often every hour or so. With rare exceptions the final stop is in the central part of the city so that you will not need additional taxi buses or means of transport.
Downsides: some are old that is, they work well but seeing them and traveling on them will give you the impression that you will not survive the journey. They move in American traffic and do not have a preferential lane so if the traffic is blocked you are too (maybe the weekend is more at risk of traffic).

There are also train journeys that I honestly have never tried. Because? Prices in my opinion unattainable, if for example by plane you go to a place with $ 200 with the train it takes you $ 350 so for now as far as I'm concerned half abolished.

In addition to these two options there is always the car rental. I tried it last summer and a few weeks ago and I can say the car is a wonderful experience. Regardless of the fact that I love to drive, I would spend hours in the car because it relaxes me I think that having the freedom to look around and be able to stop whenever I prefer, I think it's wonderful. The prices are halfway between the train and the bus they go per day and eye because if you take it at 5 pm you should return it at 5 pm the following day, if you only deliver it at 7 pm, only these two more hours will be there. charged as an extra day.

Le roads are almost all free or in any case the toll is very cheap compared to our highways. Gasoline really costs nothing. Watch out for speed, never exaggerate regardless for your safety but above all because the fines are steep. Ultimately on most out-of-town roads the top speed is 65 miles which is a little less than our 130km / h.


Documents: to rent you need a credit card and passport and obviously a driving license. Generally an international driving license is required: all motorizations do it and it is valid for one year but in reality it does not seem to be mandatory but at the discretion of the agent who can stop you and who can request it.

Audio Video New York, trips out of town with low cost buses
Washington, one day in the capital ❯

add a comment of New York, trips out of town with low cost buses