Mediterraneo, the best movie in Greece 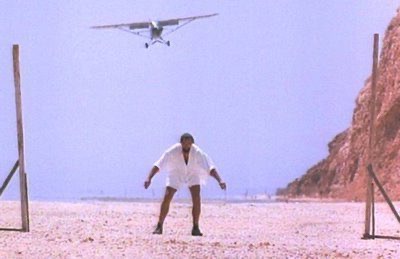 Il Mediterranean film by Salvatores came out in 1991 but is set in the 40s. Regardless of the story, what enchants us throughout the film is theCastelrosso island which in spite of its Italian name is found in Greece.

Call in Greek Kastellòrizo or Megisti, it matters little because the island is one and is located in the eastern Mediterranean, near the Turkish coast. A distant and remote island that has remained unchanged, peaceful and naturally beautiful even after the success of the Mediterranean film.

Getting to Megisti is possible in plane with daily flights from Athens and Rhodes, about forty minutes from Rhodes. The company is there Olympic and flights also depart from Barcelona with a stopover in Athens. In spite of what you might think, flights are quite low cost especially if you book in advance.

By ship we also leave from Rhodes, easily accessible by low cost flights such as Easyjet and which is just over 72 nautical miles from the island. for the trip by ship just over 5 hours.

Polynesia is near the house, a film by my cousin

Game of Thrones in Dubrovnik, Croatia

In Palermo with the Godfather, film settings

Alnwick Castle, here's how to get there

add a comment of Mediterraneo, the best movie in Greece