Mazzano Romano is a medieval village in Lazio where you can spend a day immersed in nature or a weekend. If you love nature, relaxation and maybe even small villages that are little known and rich in history, this is the post for you, just a few steps from Calcata.

If you want to do one walk near Rome and visit a little known but well preserved medieval village, if you are inspired by the idea of ​​a walk in the greenery of Suburban Park of the Treja Valley to relax at Monte Gelato waterfalls, this article is for you.

Where are the Monte Gelato waterfalls

About 45 kilometers from Rome there is a country still little exploited by tourism that keeps its retro charm intact. From here you can enjoy a breathtaking view of a glimpse of the Treja river and breathe the clean and relaxing air of the province. 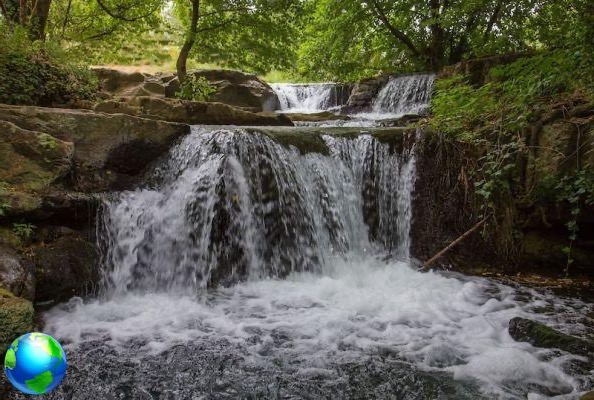 Very close to Mazzano Romano you can admire the famous Monte Gelato Waterfalls: film set of many western films of the past, but also of current commercials and fiction.

How to reach Mazzano Romano and the waterfalls

From Rome, take the cassia bis towards Viterbo, at about 40 km you will find the exit on the right for Mazzano Romano and the Monte Gelato waterfalls, from here it is about 2 km for the waterfalls and 4 for the town of Mazzano Romano.

Mazzano Romano is a small town in the province of Rome that hosts about 3.100 inhabitants. Its medieval village was built on a tuff spur, like many neighboring villages, to be more defensible. Inside the walls, which is accessed through a large arched door of the '600 with the coat of arms of the Biscia, two roads branch off that run along the entire perimeter of the castle until they rejoin. 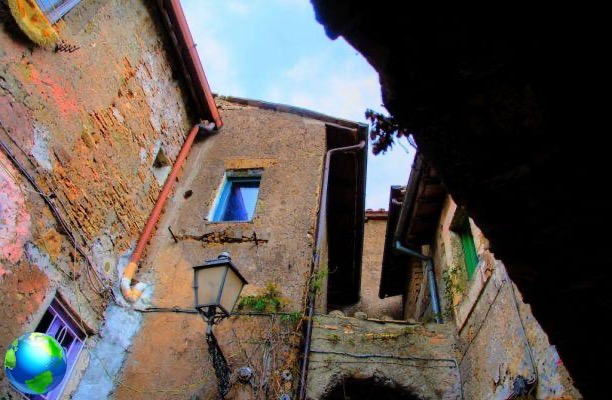 Many other narrower streets full of particular views between stairways, arches and alleys will make you admire this village in all its facets. We can find the ancient palace of the Anguillara looking towards the rest of the country as if it were there to watch over it.

Continuing on the small climb we find "L'Antisà", the largest square in the village, which once housed the Church of San Nicola. Now you can see some remains of the interior with paintings by Vignola. The landscape that can be admired from this square is unparalleled.


Below the ancient village of Mazzano Romano flows the Treja river and from this strategic point you can admire one of the most beautiful views of this river. The bridge that connects the two banks of the river and the falls. A wall of dense and luxuriant vegetation with various paths that will lead you to the plateau where you will find meadows and farmhouses, the archaeological site of Monte li Santi and - walking towards Calcata - the remains of the ancient city of Narce. Or you can follow the path to the right that runs along the river and will lead you to the Monte Gelato waterfalls. 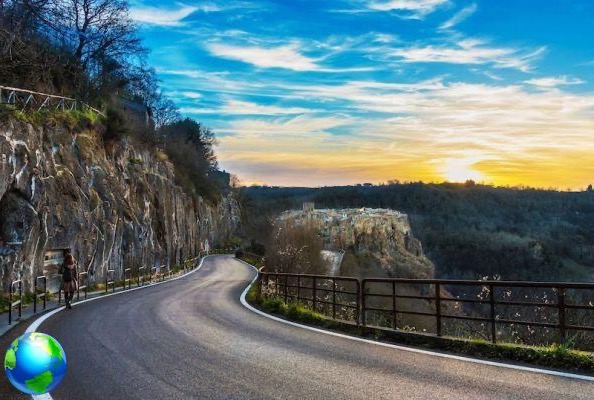 The Monte Gelato waterfalls and its river are part of the Treja Valley Suburban Park established in 1982. Once in the area you can park in the large adjacent parking lot, but if you decide to come and visit the park on a spring Sunday you will have to arrive in Mazzano to park. From there there will be a shuttle that will take you to the Monte Gelato waterfalls.

There are two paths that will lead you to the falls. You will find the first as soon as you arrive on the left. A downhill dirt road will take you into the middle of nature between small waterfalls and the sound of water, until you reach a higher waterfall and immediately below the large waterfall. You will find the second path after the bridge on the left. Flank the turret and go down towards the old mill. Between piers and small streams you will be able to admire the falls from another angle.

From the Monte Gelato waterfalls a path immersed in nature starts that reaches Mazzano Romano and continues up to Calcata. 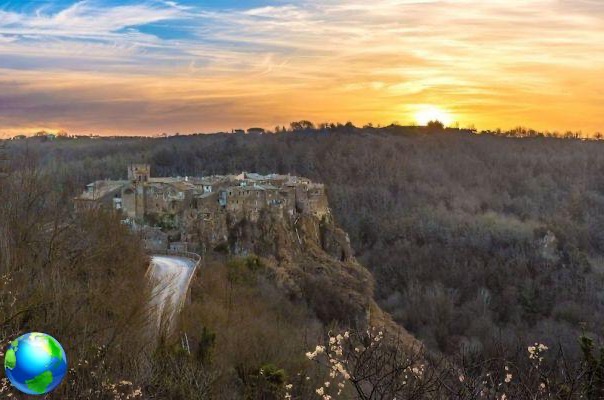 What to do in Monte Gelato

In this little corner of paradise you can relax pampered only by the sound of waterfalls and the chirping of birds.

You can do some nice rides at the Oasi di Monte Gelato riding school.
You can spend a few hours of adventure in the park with the Treja Adventure Tibetan bridges.

You can do trekking among the many paths in the park.

add a comment of Mazzano Romano and the Monte Gelato waterfalls