Madrid: museums and cultural offer of the Spanish capital


A city that you never stop exploring, full of life and culture, with its unmissable museums and original clubs to experience for the nightlife!

The beauty of Madrid it is his propensity for life, in every sense. To the cultural life of the country, to the social life, that which is shared on the streets or over a glass of beer, to the nightlife, that which is lived in the good nights of the Spanish capital. Madrid is a city that has a lot of Spain, but it is also very European. With his neighborhoods full of clubs and tapas to be enjoyed at all times and yours super cutting edge museums where to access, often for free, even on Sundays for the joy of all: inhabitants and tourists. 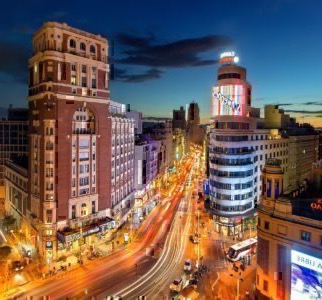 The Museums of Madrid

Speaking of museums, Madrid offers a huge choice. For those who dream of a weekend of culture, paintings and art, this city is definitely the right city. If you want to learn more about this particular aspect of Madrid, I refer you to this post written by the Explore editorial team of Expedia on the 7 museums not to be missed in the Spanish capital. THE three most famous museums in Madrid they are perhaps the Prado Museum, the Reina Sofia Museum and the Royal Palace. Once you have visited at least these three, you have a minimal idea of ​​the cultural offer that the Spanish city is able to offer. Let's go and see them specifically:

The Prado Museum is a must-see on a trip to Madrid. The museum in question is certainly the most important in Madrid, but also in all of Spain. Despite my several trips to Madrid, even today, when I happen to see it again, the Prado is one of my first stops. The Prado Museum houses more than 8000 works as a whole. As with the Louvre in Paris, it is therefore impossible to think of seeing it in a single visit or in a day. My advice is to devote yourself to a plan or follow a historical artistic trend to see it in installments during the next trips to Madrid. What to see at the Prado Museum for the first time? Undoubtedly the masterpieces of 1800s painting with Caravaggio, Goya, Raphael and Velasquez. 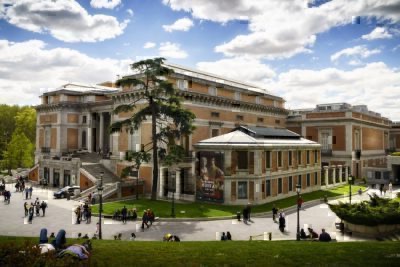 Another of my favorite museums in Madrid. Located in a modern and contemporary context with a transparent elevator that overlooks the Plaza de juan goytisolo and reaches the 4 floors of the Reina Sofia Museum, this building is worthy of its architecture alone. The building is in fact a former eighteenth-century neoclassical hospital. Today the Reina Sofia Museum includes many works by great Spanish artists of the twentieth century such as Picasso, Dalí and Miró, but obviously not only. At the Reina Sofia Museum there is also one of the most controversial and appreciated works of the entire 1900: Guernica by Pablo Picasso. The room in which this work is located is huge and the sensation it gives to the visitor is of being the only one in the world and so small in front of the power of the art of Pablo Picasso who with this work, Guernica, wanted to represent the civil war that Spain experiences in 1937 in particular with the bombing of the city of Guernica.

The Royal Palace of Madrid is the official residence of the Royals of Spain and is a gem to see at least once in a lifetime. It is generally not inhabited by royalty, but is used by royalty for official functions. About 135.000 square meters in size and with over 3.400 rooms, the Royal Palace of Madrid is the largest Royal Palace in all of Western Europe. Built by King Philip V on the lot where the Real Alcázar stood in the XNUMXth century, it is a perfect example of Baroque architecture. Among the most beautiful rooms, those that it is impossible to miss, there is certainly the Hall of the Halberdiers and that of the Columns, the Hall of Mirrors and the room of King Charles III. The Royal Palace overlooks a beautiful square, Plaza de Oriente with its equestrian monument to Philip IV in the center. 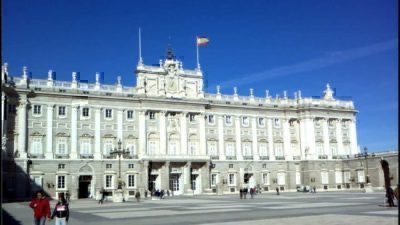 After a day or a weekend spent visiting museums and buying up culture, the best way to distract yourself is truly live the Madrid everyday life beyond the art is to visit some nightlife districts.
Among the most visited neighborhoods in the evening and where there are the most particular and crazy clubs, there are certainly neighborhoods Orchards, center of the Madrid party every night. To avoid mistakes, head towards Puerta del Sol. Another neighborhood is undoubtedly that of Chueca, also referred to as the Soho of Madrid and finally the beautiful Malasaña, where you live the night not only in the clubs but also in the streets. This is the right spirit to face a city as fun, eclectic and at the same time full of culture, like Madrid.

Audio Video Madrid: museums and cultural offer of the Spanish capital
Nara, what to see beyond the deer ❯

add a comment from Madrid: museums and cultural offer of the Spanish capital