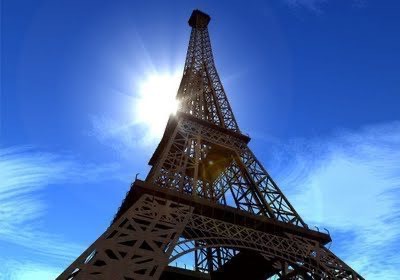 You know, in summer you want the sea but thanks to cheap price found online (56€ one way for 2 from Bologna a stone's throw from home) and the romantic fame hovering around the city, we finally opted for the French capital. Never a choice turned out to be more appropriate: with flight and booking in one of the Paris apartments of the Ville Lumière and much more, on 1 July we arrived in France.

At the airport we found ourselves a bit confused, in fact neither my girlfriend nor I speak French but then thanks to a cute boy English who explained a bit how it works we were able to find the shuttle bus to get to the center at an all in all economic price, return ticket € 30 per person.

Beauvais-Paris it's about an hour and a bit of travel but we took the opportunity to chat a bit more with the guy who helped us find the bus. Arrived at Port Maillot we decided to make a booklet from 10 tickets for € 9,60 each with which you can travel throughout the metropolitan area of Paris and then reach our apartment which was next to the Gare du Lyon. But thanks to the time we decide to go and eat a kebab in the area and to go to sleep to leave fresh the next day.

We wake up take the subway and go to Place de la Republique, where we see the gigantic statue of the Republique and in reality little else because my girlfriend, a huge fan of the Doors continues to insist on going to Pere lachaise (free entry), to visit the Jim Morrison's grave. Here to my great surprise I discover that it is a normal tomb without any particular decoration or distinctive sign, but literally covered with gifts from fans and surrounded by a lot of people. 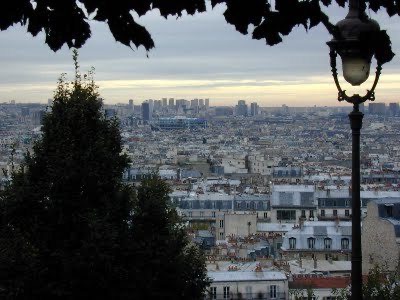 You will be easily recognizable for this. After eating something in a bistro next to it (fixed price menu at € 8,90 each) we continue our tour of the cemetery: Molière, Jean de La Fontaine, Vincenzo Bellini, Frederic Chopin, Honoré de Balzac, Auguste Comte, Eugène Delacroix, Gioachino Rossini, Giuseppe De Nittis, Baron Haussmann, Oscar Wilde, Camille Pissarro, Amedeo Modigliani, Marcel Proust, Richard Wright, Edith Piaf and Maria Callas are all buried here.

We lose the afternoon entirely to take a walk in the surrounding area. We spend the evening in the disco (not really cheap) Latin Quarter (not to be confused with the homonymous Barrio in Paris) in neighborhood of the Bastille where we find a large 5-storey venue with commercial or Latin music.

We spend on 20 euro each for dinner and what we didn't know is that if you arrive before 23pm you dine normally, while later it turns into a disco-club where people dance on the tables: great cocktails and nice atmosphere. We are really satisfied with the choice and at 4 a little dazed we decide to go back to the apartment to sleep.


On Sunday we go up to Montmartre, where we visit the splendid Sacred Heart Cathedral (free entrance to the Basilica and photos are forbidden inside), and after taking a tour in the alleys full of artists who exhibit their works in the afternoon we head towards the Louvre. It should be noted for those who do not know, that on the first Sunday of the monthadmission is free.

Unfortunately, the free entrance makes it almost more like a bar than a museum: crowds to see everything, screams, noises, queues at each work, partly ruining the spectacle of the exhibitions. Therefore like real Italians we decide to see the Mona Lisa (I won't tell you about the queue to get there) and we go out from there to have a drink in one of the cafes nearby. 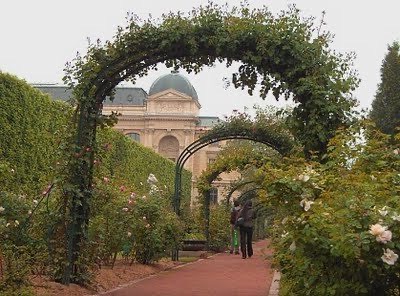 In the evening we go to see the Bercy Park, open until 9pm and totally freeIt is a bit late to take a walk but I trust that it is close to the apartment we have and because in the area there is a restaurant that I was aiming for for some time. Buffalo Grill in the 13 arrondisment, 40 € in 2 and a nice piece of grilled meat to eat seasoned with a quarter of red wine.

It is already Monday and in the morning we have the flight, this time from Charles de Gaulle for Milan (one way flight from 34 € to person), then with the metro we head to the airport, remembering that we have not seen the Torre EiffelNever mind, we'll buy a postcard at the airport and tell everyone we've been there.

Lovely city and people (at least those who have had anything to do with us) very helpful. I can only recommend a visit to the city, which is wonderful even in summer. And if you choose carefully where to sleep and where to eat, you will certainly not spend a fortune, with 300 € plus a few extras for three days I got away with it. So if you were thinking of giving yourself a romantic weekend French, the time has come.

Strolling through the Marais, Paris

10 things to do in Strasbourg