In Foligno preview of the Young Jazz Countdown 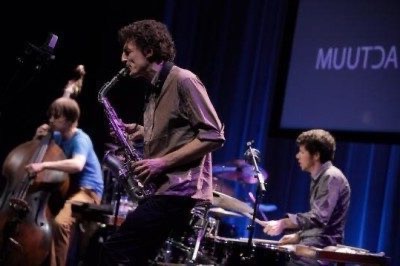 Umbria, more and more, confirms itself as a land of jazz! After the hugely popular Umbria Jazz (in Perugia in July) e Umbria Jazz Winter (in Orvieto), for some years the international review has also been imposed on the calendar of regional events Young Jazz Festival di Foligno which, for the fourth consecutive year, also offers a winter encore with the Young Jazz Countdown scheduled for 4 5 and January, to end the holiday season in a great way.

And to await the two days of January, the Young Jazz Festival, which has always been attentive to research and experimentation as well as the discovery of new talents, delights its supporters with two live previews absolutely not to be missed, always in the name of experimentation and involvement of the public which, moreover, are ad free admission!

The first date to mark on the diary is Friday 23 November. At El Barrio Social Club in Foligno (via Palestro, 21) the Actuum will perform, starting from 22.00. This sophisticated French band it is composed of four elements (saxophone, trumpet, double bass and drums) and offers listeners a "chaotic sound world in constant change". For sentimental and introspective souls.


The second appointment is instead for Friday December 7, also at El Barrio Social Club, where the Hobby Horse, a trio that crosses the border of jazz with contaminations of electronic, ambient and rock music.

I like to underline that the Young Jazz Countdown is a very particular and well-structured review that, to the new generation jazz music, combines the tasting of typical seasonal products. Moreover, during the Festival jam sessions are organized and improvised even in places unusual for music such as bookstores, clothing stores, oil mills, hotels, taverns ... but I will talk about this later, perhaps also reporting the detailed program and costs of the concerts.