How to get to Florence 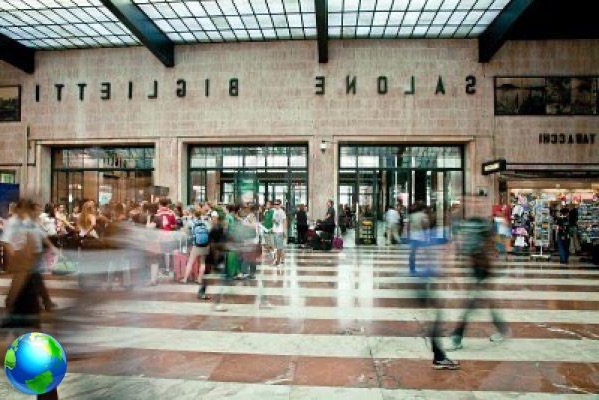 Firenze it is not a big metropolis and this has its pros and cons for anyone who wants to visit it. The first few times I had to reach it, as a commuter, it was not easy to juggle the Florentine traffic. I have tried the bus, the train and the car and my preferred choice remains a combination of means. Obviously, if you are very far away, the perfect solution is the plane: theAmerigo Vespucci airport it is located in Peretola, a neighborhood not too far from the historic center and well connected by urban and suburban buses.

The railway solution allows you to reach the hub of tourist Florence, if your stop is Santa Maria Novella, and at that point, you can move around on foot. If you plan to visit other Tuscan cities, the station is a good starting point for Prato, Pistoia, Lucca, Viareggio, Pisa (city and airport): you will find a connection every half hour, approximately. Nearby, then, there are agencies, such as Lazzi, Cap, Sita, which allow you to make tickets for extra-urban routes, and shuttle stops for the nearby airports of Pisa and Bologna. It is finally the terminus of almost all the routes of the urban bus network, Ataf.

With a ticket costing € 1.20, valid for 90 minutes, you can take buses, trams or shuttles that circulate only in the historic center. There are numerous resellers and you can also buy via SMS: by sending a text message with the word ATAF to 4880105. There are also reductions for families and the so-called Carta Agile, which provides a discount if you buy 10, 20 or 30 rides. The timetables are varied, but in principle, the tramway has a higher frequency than buses: one passes about every 5 minutes, while for buses the waiting times are extended to 20 minutes between one ride and another. If you can reach one of the car parks through which a public transport passes with your car, you will be able to save time and money.

Thinking of reaching the center of Florence by day by car is almost unthinkable: in addition to the traffic on the avenues, the extensive ZTL (watch out for the cameras!) And the difficulty of finding parking, there are also high parking rates, in all cases over 1 € per hour. In the evening the situation improves, as i public car parks they do not charge for parking and the ZTLs become more accessible, although not at all times of the year and not in all areas, but finding a free place becomes an operation of patience.

In my opinion, the solution that can save you time and money is, as I said at the beginning, the combination of means: if you can achieve a free parking with your car, not far from the tram or bus stop, you will arrive in Florence in peace. The route of bus 22, which goes from the Novoli area (in via di Novoli to Santa Maria Maggiore, just behind Piazza della Repubblica, is the one that is most suitable for those coming from outside by car, as the Florence motorway exit Nord is quite close to the district. It also has the great advantage of having a longer night time than the other lines, until about half past midnight. Finding parking is not easy on via di Novoli on weekdays, while on Saturdays and Sundays there are more places available.


I forgot the solution dedicated to the most sporty: the bike! There bicycle path connects the Cascine and Lungarni Park to the Renai di Signa Park. Of course, low cost is guaranteed, but in this case, train your legs and lungs

Audio Video How to get to Florence
Olympics: hard times for British hoteliers, long live the hostels ❯

Save € 50 with the train to Rimini

Ferry prices increase by 131% - when companies get it all wrong

Sardinia ferries, getting around low cost

VeniceBox the new city pass of Venice, pros and cons

add a comment from How to get to Florence