Euro Rail, how to travel in Europe by train 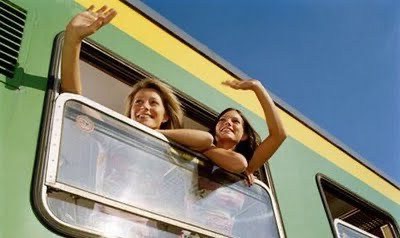 Explore theEurope by train is a celebrated tradition: every year, thousands of young people (and not) set out to discover the old continent through its own extensive railway network, admiring the landscapes from the window and preparing to get off at the stations of cities and villages located in the four corners of our continent.

If you think the train is a slow mode and antiquated to move, know that the new ones high-speed trains (set by the EU at 200 km / h for rail networks adapted for the purpose and 250 km / h for new networks built specifically for these trains) have long since invaded EuropeOne of the first examples is the TGV in France: since 1981, the South-East line connects Paris to Lyon in less than an hour and a half, making it even easier to travel by train from one part of Europe to another.

Today, they are enough 2 hours and minutes 15 to go by train from London to Paris and less than two hours from London to Brussels. In Italy, not to be outdone, the Freccia Rossa was introduced which, with 68 daily connections, connects Milan to Rome in three hours. Those who have no time limits and prefer train travel in complete tranquility can choose a Interrail ticket, a cumulative pass that allows the EU residents to travel on the national railway networks of the countries participating in the program in first or second class.

The possibilities for the InterRail Pass there are two:
Global, which allows you to move in all and 30 countries, traveling far and wide throughout Europe, from Portugal to Turkey, from Greece to Norway. Prices, for children under 26 in 2nd class, they start at € 169 (for 5 travel days out of 10 travel days), to a maximum of € 409 (ticket that allows you to move freely for a whole month). 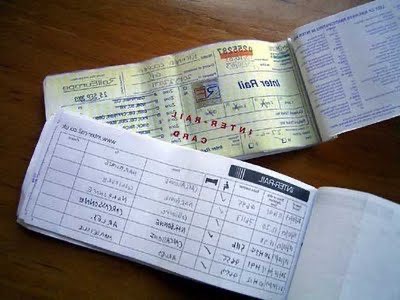 One Coutry Pass, gives the opportunity to travel to a country only between 30 with prices ranging from 34 € to 134 € and vary both for the chosen country (the cheapest are especially those of Eastern Europe, the most expensive of course France , Germany and UK), also in this case the rates are different depending on the days of travel available for a maximum of one month of travel. Unfortunately for citizens of a country there is no possibility to buy the One Country Pass ticket for their own country, so we Italians will not be able to do an interrail in Italy.

Unlike it was a few years ago, Zones no longer exist che includes multiple states in one ticket. It is also necessary to clarify the difference between InterRail and Eurail: the first is for European citizens, the second is for residents of non-European countries.

An alternative to Interrail is Eurail, which allows you to buy tickets of different duration and for different countries, to meet all the needs of the traveler: from Global pass (15 days to 3 months for 22 countries), al One Country Pass (3 to 10 days, one country). THE prices vary depending on the validity of the ticket and the age of the passenger. For example, for the Global Pass, Youth tickets are available, for travelers aged 12 to 25, Adult aged 26 and over and Family, an option that allows adults and children to purchase a cumulative ticket and to even travel first class.


If this year you plan to stay home for the holidays, it is worth taking a look at Eurail pass for Italy, available for traveling trips 3 10 from a days. Look at the offer: the prices purchased online are up to 20% cheaper compared to traditional tickets and children under 4 travel free.

Any advice for the routes? If you dream of a journey in search of the best Italian beaches but you don't want to limit yourself to just one region, why not visit the Adriatic coast from north to south (or vice versa)? From the shores of Venezia to the beaches and the Riccione hotel, passing through the quiet beaches ofAbruzzo then down to the coast of Puglia, admiring our beautiful country from the window and letting the dear old conductor take care of taking us on vacation.

Audio Video Euro Rail, how to travel in Europe by train
I capatosta: low cost pizzeria in Milan as in Naples ❯

Airport taxes: how much do they cost me?

Why the British drive on the left is explained

Travel insurance: which one to choose and how it works

add a comment of Euro Rail, how to travel in Europe by train