Easter in Madrid: traditions to live


A week to live in a splendid atmosphere in the Spanish capital: from religious to gastronomic traditions.

La Semana Santa it is that time of year when the Spanish capital is filled with tourists. If you have decided to spend the Easter in Madrid here are some ideas on what to do during your stay in the city. 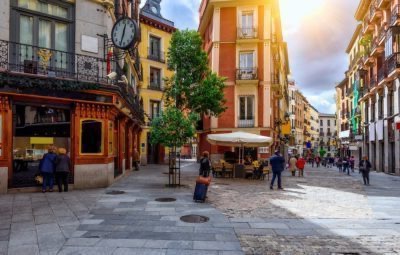 La Semana Santa: what to expect

In Spain the celebration of the resurrection of Christ begins Palm Sunday and lasts until Easter Sunday, hence the name "Semana Santa" because it is celebrated all week. So forget Easter Monday, which is a working day here.

In Madrid, as in many Spanish cities, the processions are the great protagonists. Tradition has it that the faithful visit the various churches of the city, festively decorated for the occasion.
Then there is a real one clothing protocol to choose: men will be dressed in a dark suit and tie while women will wear mantilla and “peineta”, a dark suit that goes beyond the knee and comfortable shoes. The rosary cannot be missing. Glitz and extravagance leave room for simplicity and an understated look is the best choice if you decide to visit churches.

Il Holy Wednesday it is the turn of the procession of Nuestro Padre Jesús de la Salud, of the brotherhood of the gypsies, who travels the streets of the center from Sol to Plaza Mayor.

However, it is the processions of the Easter Triduum that attract more faithful and that fill the streets of the city.
I recommend that you consult the official website of the Municipality of Madrid or the tourism website - the latter available - for the timetables and routes of the processions, since these could also affect the route of city buses and tourist buses.

Particularly important is the procession of the Hermandad del Silencio, on Good Friday, which runs through the streets of the Barrio de las Letras, a famous neighborhood in Madrid, so called because many writers and artists lived. 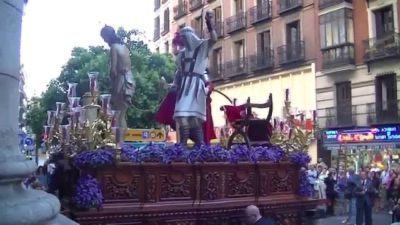 To conclude the Semana Santa, the Plaza Mayor comes alive to the sound of the “tamborada” drums. The "Tamboradas" were declared an Intangible Cultural Heritage of Humanity by Unesco in 2018. 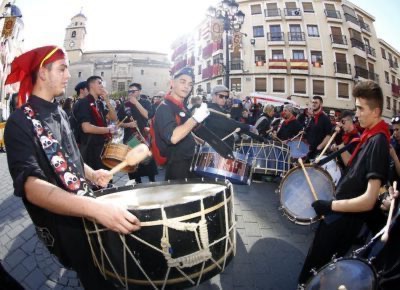 There are numerous, then, the concerts of sacred music in churches. Admission is usually free while seats last.

As for gastronomy, there is no real Easter menu even if it is a must to eat the "French toast". It is a very humble Spanish dessert, made with slices of bread soaked in milk and then passed in the egg and then fried and covered with sugar and cinnamon. There are many versions: we can find it baked or grilled, for those who want to keep themselves light, soaked in wine, covered with chocolate, in the savory and vegan versions.

Then there are the "fritters", I"bartolillos"And the"fried milk”Which are other typical sweets of this period. And where to try all these goodness? There are numerous pastry shops that prepare them exclusively during this week and equally numerous are the restaurants that include them in their menus.

Among the best pastry shops there is the Riojano, in Calle Mayor 10, Moulin Chocolate, in Calle Alcalá 77, which also won the award for the best Roscón de Reyes 2019, and the Pastelería Mallorca, in C / Velázquez, 59.

Canary Islands: which to choose?

Or porvenir, eat Galician in Barcelona for € 25

The other Seville: a walk in the Barrio de la Macarena

La Lola: where to eat in Valencia

Getting closer to Christmas: the Shopping Night Barcelona

add a comment of Easter in Madrid: traditions to live