Easter in Campania between traditions and folklore

Throughout the Campania the celebrations for the Easter are traditionally associated with the arrival of spring: religion and folklore come together giving life to what is an authentic feast for the "resurrection" also understood as rebirth of nature.

If on the one hand the purely religious aspect is realized in a series of processions, vigils, Via Crucis and Sepulchres, the more pagan folklore instead is expressed with a long list of uses and beliefs handed down for generations but with purely Nordic matrices. For example, the exchange of eggs, bonfires with the famous fire festivals and rituals that refer directly to the dark ages of the Middle Ages. In short, an intertwining of sacredness and lively popular traditions that for centuries have marked the symbolic dualism of Easter which is death-rebirth. 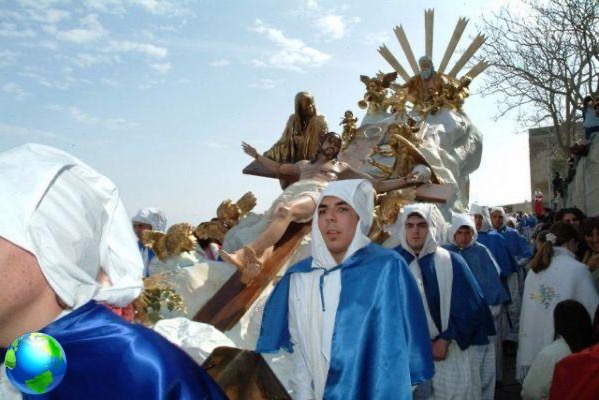 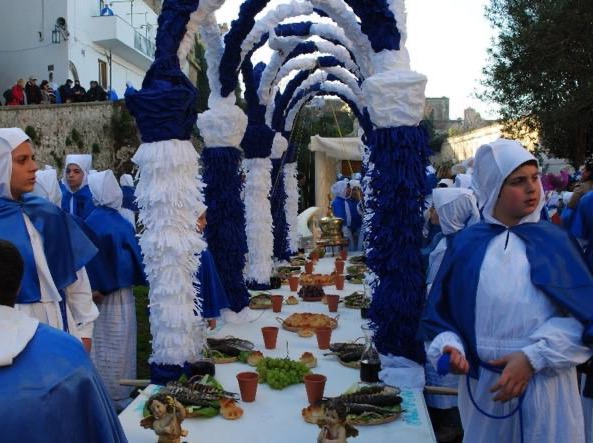 Starting from the first Palm Sunday and, for the whole Holy Week, Campania explodes in a series of rites and traditions in some cases really suggestive such as the procession of "flying”Or the hooded ones held in various areas of the region. Another very ancient and very singular procession is the Procession of the Mysteries of Procida of Good Friday, organized by the so-called Confraternita dei Turchini. The "Mysteries" are none other than the Old Testament and the Gospel made with wood, papier mache and other poor raw materials. But it is the procession of the doors that arouses curiosity, drama and impression.

The flying or flagellants they parade hooded but bare-backed hitting their breasts with a sponge soaked in nails and glass fragments, recalling the ancient penitential customs of the Christian tradition of the Middle Ages. The impression is accentuated by scenes of collective hysteria in which screams and tears are heard accompanied by the obsessive rhythms of drums and songs. Throughout the Sorrento Peninsula, on the Amalfi Coast and in many villages of Irpinia and Cilento, hundreds of people will parade through the streets with bleeding chests. 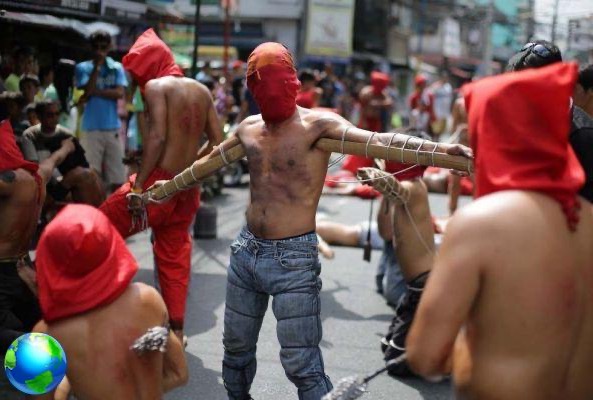 Less bloody but no less spectacular is the Acerra procession, illuminated by something like three thousand lighted torches by the women of the city dressed in black as a sign of mourning for the Madonna. But even before the Good Friday processions, Campania already comes alive on Palm Sunday, in which tradition has it that we exchange a auspicious frond of blessed olive tree. While the following Holy Thursday is characterized by the tradition of the Sepulchres. Folklore has it that you enter an odd number of churches (preferably seven) where the Sepulchres are set up, made in ancient times with lentil sprouts. In some Campania villages, customs such as the blessing of water and fire on Holy Saturday still persist today: after mass, each believer receives a little blessed water and a handful of ash directly from the priest's hands. 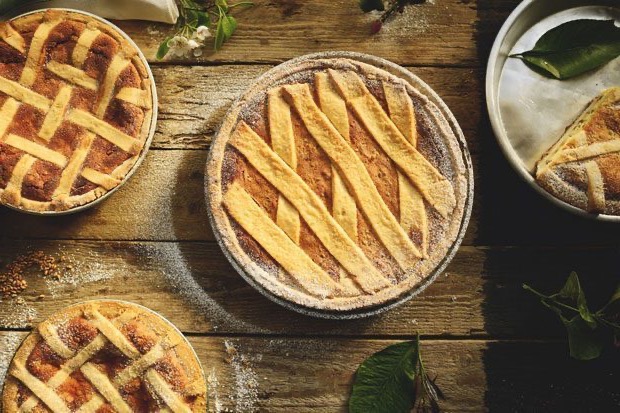 Easter Sunday, on the other hand, is officially all over Campania dedicated to conviviality and to the table with the dishes of its rich gastronomic tradition. From lasagna to kid in the oven, from the savory rustic casatiello to the sweet version, to finish with a flourish pastiera of wheat and the exchange of chocolate eggs. We continue with the traditional grilled meat the following day, Easter Monday, when Easter Monday is usually spent outdoors in areas equipped for picnics and barbecues, a custom common to most Italians. In short, a rebirth also for the stomach!

add a comment from Easter in Campania between traditions and folklore