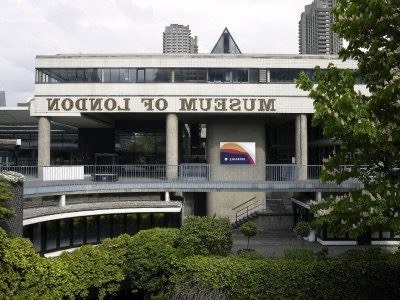 London hides a lot of secrets, and those who live there know it well.

Sometimes, however, these secrets are revealed or discovered, as happened to these magnificent jewelry, remained hidden for years in a cellar of Cheapside, a street in London that has always been famous for being the center of finance.
Il Museum of London, located in Barbican, hosts from 11 October 2013 to 27 April 2014 an exhibition entirely dedicated to this treasure, in which it will be possible to admire this "nest egg", as it is also defined by the British themselves (hoard).

The treasure dates back to the end of the sixteenth to the beginning of the seventeenth century, and carries with it many mysteries that have not yet been answered, such as ... who did it belong to? Why did no one come to claim it? When was he buried and above all why? This exhibition tries to give an answer to all these questions that surround the 400 pieces of fine Elizabethan and Jacobin jewelry that make up the treasure.

Emeralds, topazes, turquoises, amethysts, pearls and turquoises are just a small taste of what will be possible to see at this exhibition which for the first time in 100 years brings together all the pieces of the treasure in the halls of the Museum of London at the same time.

For more information and to book tickets, take a look at the website of the Museum of London.

Where to find a chocolate shop in London at Christmas

In London with Katia: first in Erasmus now for work

A stroll through London's skyscrapers