Tour of the castles in Scotland, the ones you've dreamed of seeing, the ones most haunted by ghosts and the ones with the most history. A list of castles not to be missed on a trip to Scotland.

One of the reasons why you decide to visit the Scotland, is undoubtedly to visit its magnificent castles. In my 10 day drive around Scotland, I saw quite a few. Some of these I had planned, searched and circled on the map, others instead I came across and how could I not want to visit them? But what are the must-see castles in Scotland? 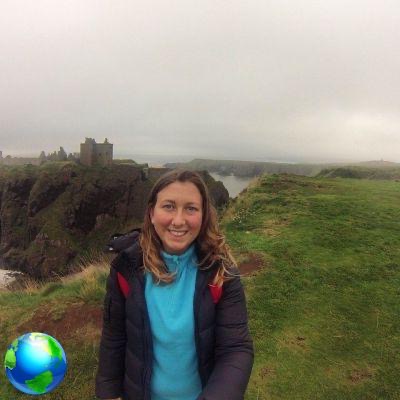 There are some that are worth seeing because they are present in every postcard or image that recalls this land, others because they have been the background to films and historical events of considerable importance, still others because they recall myths and legends, because they are haunted by ghosts and because their stories must be known and heard. Here are the ones I visited, the ones that made me fall in love and those that, due to lack of time, I unfortunately had to miss, but which I recommend. 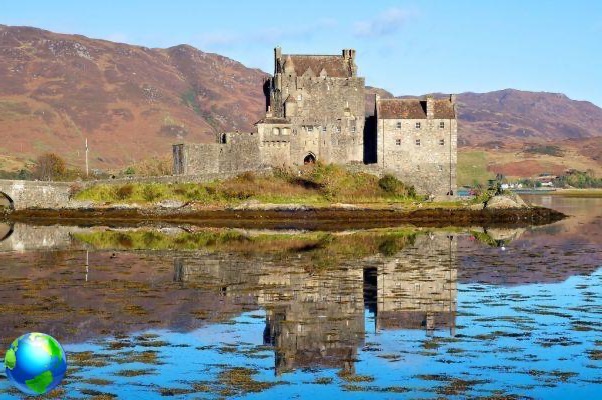 The castle that I liked the most is this. You will not have difficulty finding it because it is located a few kilometers before accessing the Isle of Skye through it Skye Bridge, therefore from the upper part of the island, not taking the ferry from the lower part. The castle is not hidden at all, just set the destination of with the navigator Dornie and you will find it practically on the street. In order not to be mistaken, look where all the tourist buses are stationed and where the cars stop and you will find the castle. Eilean Donan is a mainly rebuilt castle, it has very little original, but in my opinion it deserves the photo! 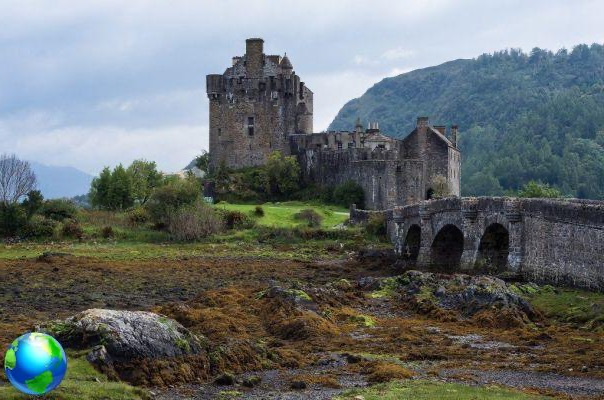 The castle is incredibly photogenic from anywhere you look at it. Its bridge, the structure, the water that surrounds it, everything makes this castle magical, and it is not only as seen in the photos, even live you will see that it is gorgeous. Eilean Donan Castle has been rebuilt for a good portion of its structure, but ignore it and admire its beauty! I was lucky enough to spend the night in the nearby town, thus also seeing it illuminated in the evening. A show that if you have a little time I highly recommend you do. In nearby Dornie I stayed at the B&B The Old Police House at the price of £ 30 per night per person including breakfast. The village is very small and there is only one hotel and a few b & bs. 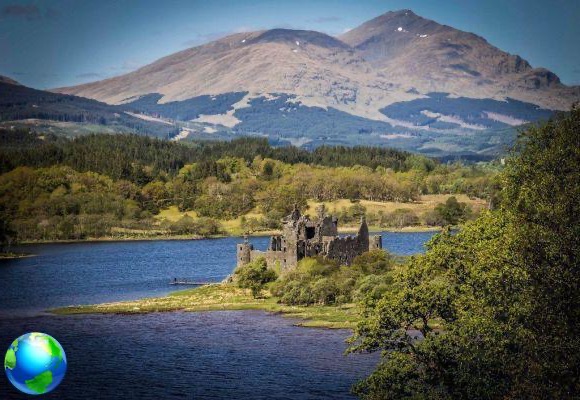 Another castle that I had the pleasure of seeing is the Kilchurn Castle even if a little from a distance. I found it in the stretch of road that goes from Oban to Stirling. You have to be very careful because you don't notice how hidden it is behind trees and houses at all. The castle is located in the middle of Loch Awe and it is not possible to visit it independently. Being in the middle of the lake, in fact, you can reach the castle only by private boats, otherwise do as I did to admire it, especially if you have little time or are passing through, look out at theLoch Awe hotel which is right on the street. Entrance by car to the hotel is allowed and even if you will not be able to take great photos due to the distance, you will undoubtedly admire a masterpiece, a castle built in 1400 about. 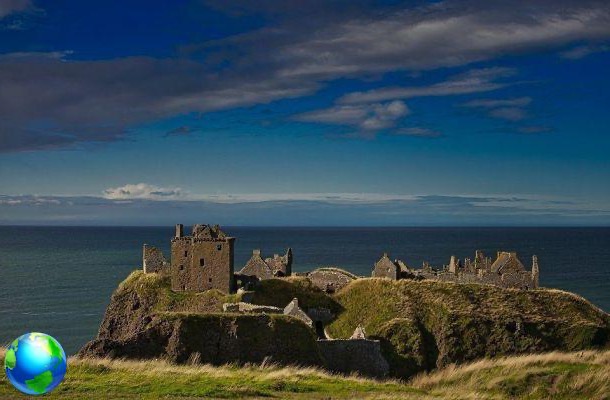 Dunnotar Castle sits next door to the place I loved most in Scotland, I'm talking about Stonehaven, a small fishing village on the east coast, just above St. Andrew. The Castle is located some ten kilometers south of Aberdeen and I recommend that you spend the night here, as I did, compared to the night in the city of Aberdeen, much more quaint and even romantic if you are a couple. 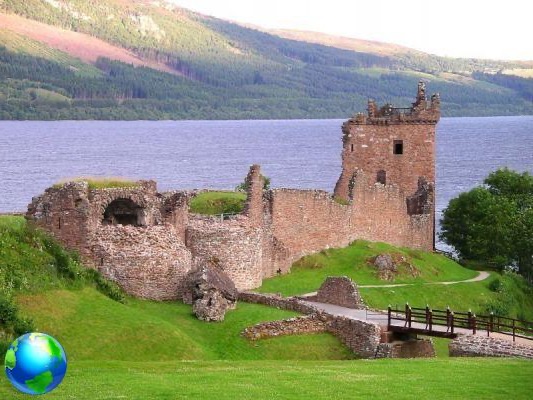 One of Scotland's most famous mysteries is undoubtedly the Urquhart Castle and stands on Loch Ness. You can see it by taking one of the classic boat trips to the lake, or by driving from Inverness to Eilean Donan Castle, the Isle of Skye or Fort William. Passing by car you will notice the signs inviting you to stop me, but also from the roadside you can photograph the castle from above and the lake of Ness. The complicated name of the castle is actually, like so many things in Scotland, the Gaelic name of the place, which in this case means At the forest. 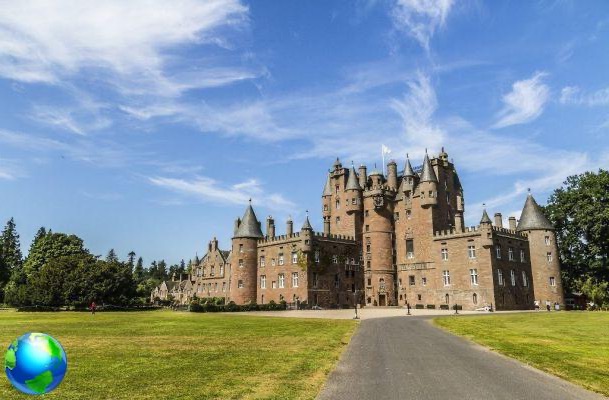 The castle par excellence haunted by ghosts in Scotland is this, we are talking about the Glamis Castle. I was lucky enough to visit it in the first few days in Scotland and I must say it pleasantly impressed me. The guided tour lasts about an hour and the rooms that are visited are about ten since it is still the official residence of the Strathmore and Kinghorne counts. The rooms are all furnished, so here you can see a full-fledged castle, not a fortress nor a reconstruction of a castle. What interests most people who visit this mansion, which is located in the village of Glamis, are ghost stories that would be found in this castle. 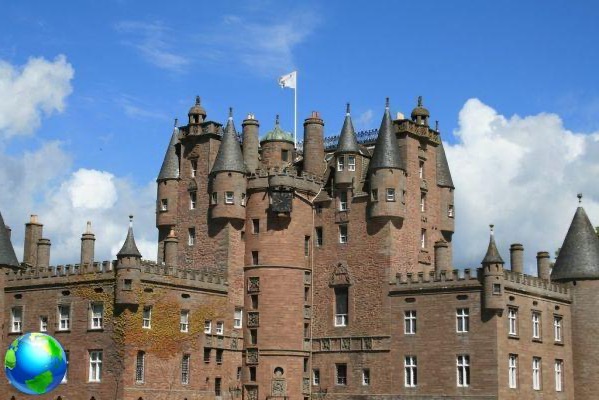 I have not seen or heard of them during my visit! We hear and read galore about ghost stories about this castle, but I must say that only three were mentioned during the official visit, so I will bring you only these. The construction of the castle dates back to the year one thousand and at that time Sunday was sacred, so much so that no one was allowed to engage in immoral activities such as playing cards.

Legend has it that after midnight on Saturday cards were still played in the crypt. One of these was precisely the fourth Duke of Crawford that came walled up alive in a secret room and then forced to play with the devil for eternity. Of the evidence of this secret room there is a window that from the outside is clearly visible and aligned with the others, while inside it is not present - this thing I have seen and I can testify too. 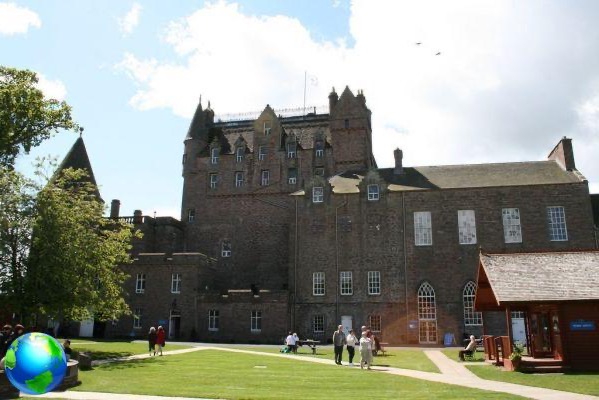 The other two ghosts of the castle are that of Gray Lady of Glamis, the spirit of Lady Janet Douglas burnt alive at the stake, who roams the chapel and has been seen several times sitting in the left corner of the room. Finally the ghost of a child he wanders around the castle and trips unwanted guests. This last story almost makes you laugh rather than impress, but that's how they told me. For history buffs, and film buffs, this is where Queen Elizabeth lived her childhood, and it is here that in the film The king's speech feasts were held for Albert's brother, Duke of York, the first heir to the throne. A dip in modern history and modern day cinema. 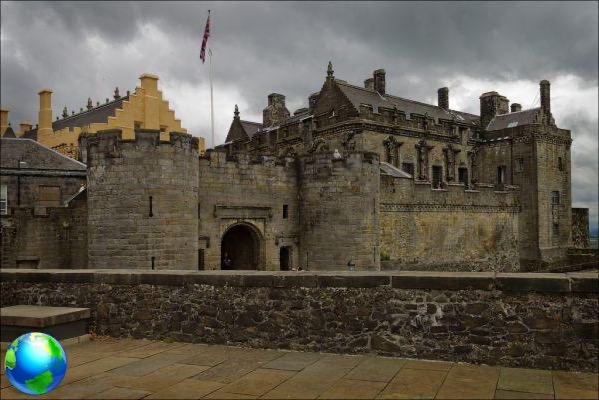 A gorgeous castle that is worth all the ticket price. If you have a few hours to dedicate to this castle, take the audio guide which is only £ 3 and start discovering it by following the stories that will be told to you. The great thing about Stirling Castle is that it is very suitable for children with lots of paths dedicated only to them, interactive games and the possibility to entertain themselves feeling like real kings and princesses - I did too! The castle has been at the center of the historical events of Scotland for some time and on more than one occasion and in the audio guide there are many testimonies that offer the visitor a closer point of view of the history, not too recent, of Scotland. 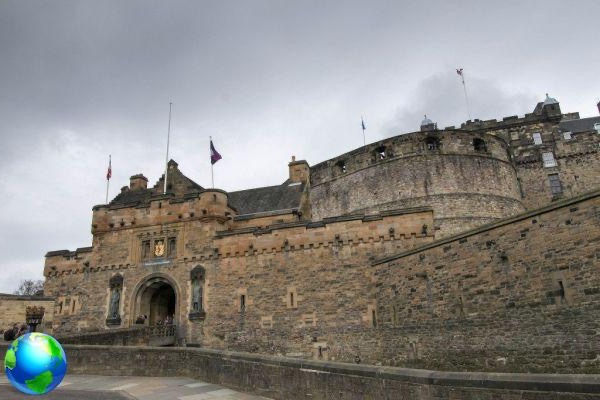 Edinburgh Castle is perhaps the most famous Scottish castle in the world that is worth seeing. Very similar to that of Stirling, but smaller and with a less impressive panorama perhaps, Edinburgh Castle has, however, the fact that it has rooms with crown jewels of scotland and Stone of Destiny . The latter is the stone on which several kings of Scotland were crowned and after having been in London, at Westminster Abbey for several years, since 1200, in 1996 returned to Scotland and is now kept in this castle. 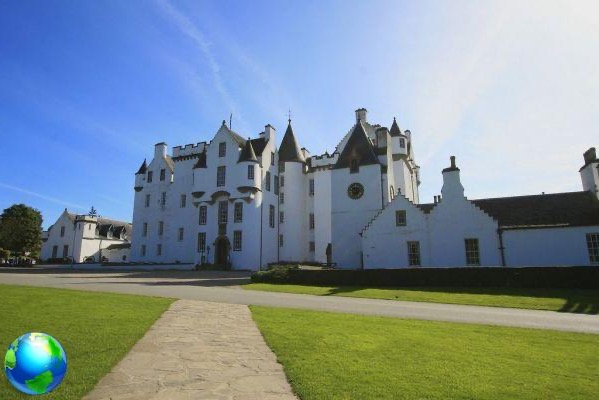 The only one on this long list that I haven't seen, but that I wanted so much to see. So I can't tell you if it's worth it, even if I think so, or any features other than those I already know from the guide. The Castle is located near Blair Atholl and is famous for its white facades. On the latter you will have to give me some advice, is it worth it next time to go and see it?

The photo on the cover is that of Stalker Castle, impossible to reach but that we found in the stretch that goes from Fort William to Oban. You have to be very careful to see it and to take a good photo you need to take a road to the lake on the right, but it's not easy!