The traditions of Christmas in Campania also, but not only, pass through the table. From the reinforcement salad to the married soup, to the struffoli and its legends.

"In Paris you swallow but in Naples you eat" Stendhal said, underlining in this joke all the cultural charge that resides in the gastronomic traditions of the Neapolitan city, as in all of Campania. And what's more indissoluble than the bond food-Christmas traditions in a region like Campania? In a land like this it is not difficult to disregard the food from the customs brought to the table, especially during the Christmas holidays. 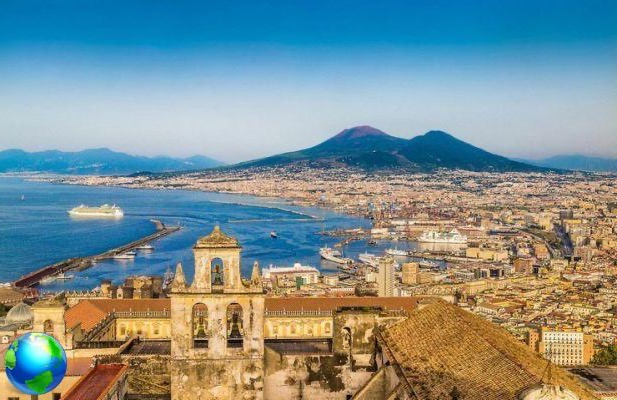 However, despite the reputation, the traditions of Campania Felix are not only linked to gastronomy and despite the spread of Nordic rites and folklore (which we have now made our own throughout the boot), in Campania traditions related to the Christmas holidays persist, rooted in years and years of popular history. Rituals that will be perpetrated and repeated at least as long as our grandmothers remain alive, the only true "priestesses of Christmas"!

For example, on Christmas Eve always theirs, the "healing grandmothers" handed down to their daughters the ancient and mysterious art of curing headaches. 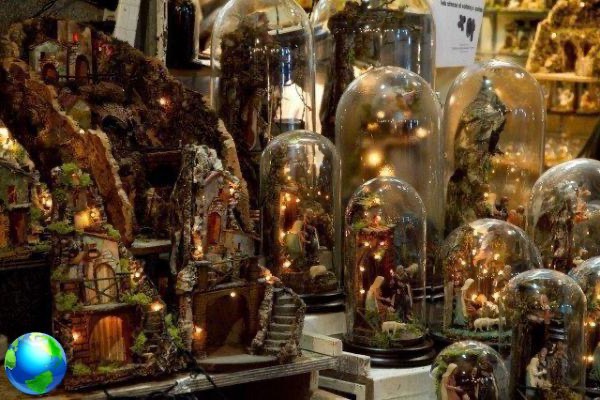 And so among bagpipers, markets now more and more similar to the Tyrolean type and very pagan Christmas trees, local traditions still survive, still very much felt but insexorably and unfortunately in danger of extinction.

Only the Neapolitan nativity scene it seems to know no crisis, in some cases even during the rest of the year! In Naples, in fact, the historic and very central street San Gregorio Armeno, exhibits the most classic Neapolitan crib art every day and all year round. 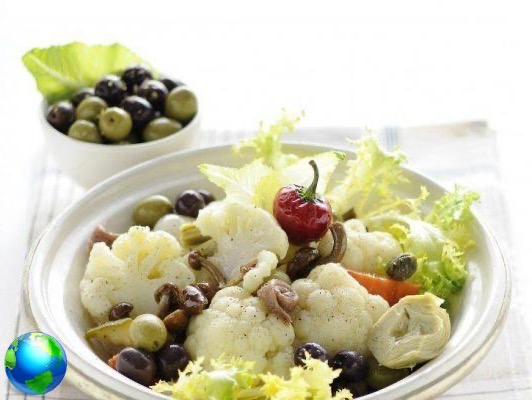 Although updated with the faces of well-known personalities from culture, politics and entertainment, the handcrafted statuettes and the characters of the crib of San Gregorio Armeno refer to the classic shepherds of the 700th century: they are very recognizable and are the healthy bearers of that "Neapolitan gens" so much characterized in theatrical comedies or in neorealistic films.
Another very deep-rooted habit is that on Christmas morning we dress very (too) elegant and, strictly after mass, we go to the house of close relatives to exchange greetings and gifts.

And at the table? In general, the way of celebrating Christmas does not differ much from province to province: from Naples to Benevento, from Salerno to Avellino passing through Caserta, the Christmas Eve dinner is strictly based on fish even in the hilly and mountainous areas of the hinterland, while the Christmas lunch is prepared with meat and vegetables. The scene is roughly replicated for New Year's Eve and lunch. 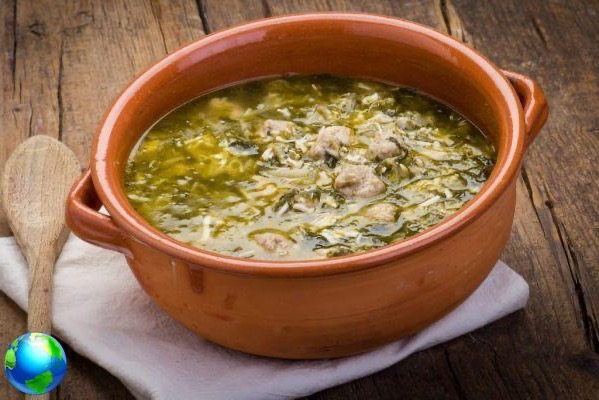 Appetizers range from the celebrated reinforcement salad with pickles, with Christmas broccoli (a black variety with a peculiar flavor), passing through the marinated anchovies. The dinner continues with a delicious succession of spaghetti with clams, fried capitone and cod, dried fruit and sweets typical of the best Campania tradition: mustaccioli, susamielli, roccocò, "heated" zeppole (but actually fried too) and struffoli.

A curiosity linked to the popular pietas of Campania has it that during the preparation of struffoli you absolutely must not be seen by envious eyes, otherwise they could even burst! The Christmas lunch instead is consumed with the famous "Maritata soup”Or with baked pasta followed by meat-based main courses.

However, the prince of the Campanian Christmas table always remains him: the ragout, the "Sunday sauce" with meat prepared by grandmothers from the first light of dawn!