Bangkok in 2 days, what to see


Bangkok in 2 days: the main attractions to see in the colorful and chaotic capital of Thailand, read the post and book for your next low cost trip to Bangkok.

Bangkok very often it is visited in a few days, as a stopover before reaching other parts of the East. As far as I'm concerned it's one unique city in the world, with a personality that I have seen in few other metropolises. If your time to visit is short, then here's what I recommend to see in a few days. 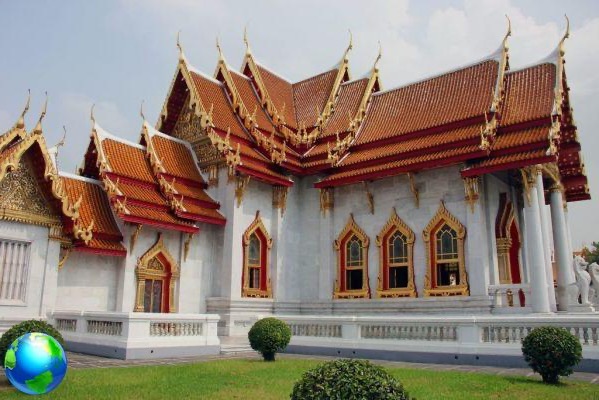 One of the most famous and visited attractions in the city is its Royal Palace. A visit to this monumental place cannot be missed during your 2-day discovery of Bangkok.

Il Royal Palace and the neighbor Wat phra kaew (the temple of the Emerald Buddha) were erected in 1782 to celebrate the new capital and became its symbol. Palace and temple are located in the same huge area, characterized by gardens, domes, statues and golden pagodas. To enter the complex you must wear long trousers, otherwise they will not let you in. 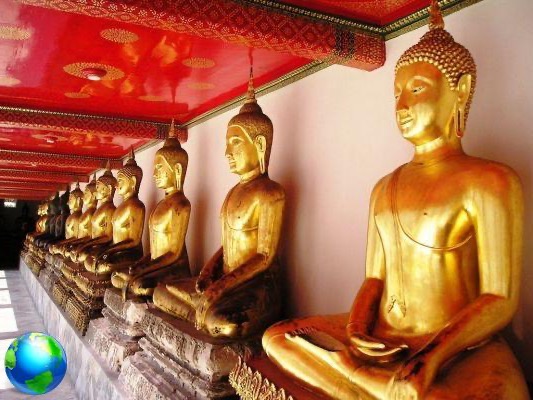 Also near the Royal Palace is one of the most famous temples in Bangkok: Wat Pho. It is also known as twicked Buddha reclining thanks to the giant statue of the divinity 46 meters long and 15 meters high.

Just outside the temple let yourself be carried away by the noisy Bangkok life: vendors, stalls, freshly prepared food, will immerse you in the true soul of the city. 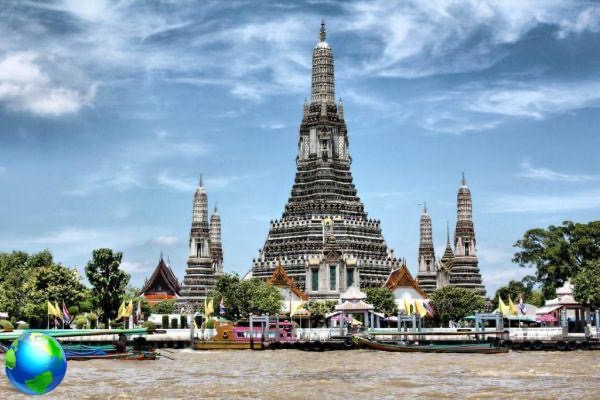 Wat Arun is also called the temple of dawn and the reason will be clear to you if you are lucky enough to observe the beautiful chromatic effects that the sunrise gives it.

Its dome with mosaics is visible from afar, as is its tower, about 82 meters high. If you feel like it, you can climb almost to the top and from there you will have a special view of the Chao Praya River. 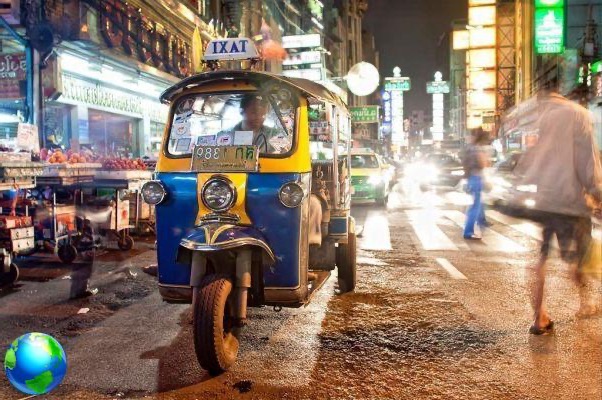 What struck me most about Bangkok's Chinatown is that it feels like a city within a city. Defining it chaotic would be an understatement. It is a tangle of streets, shops, stalls, people coming and going in all directions. Here you really can expect to buy everything. 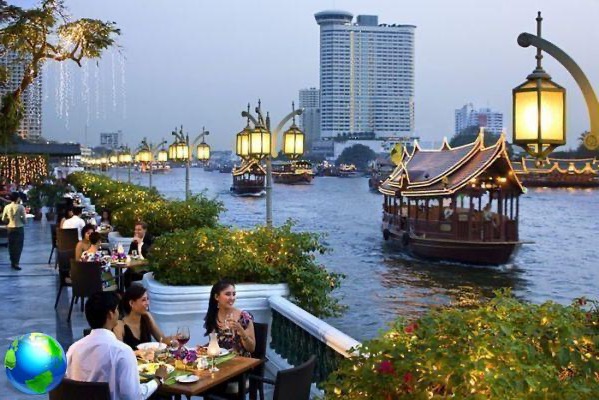 Sailing on the Chao Phraya

The Chao Praya is a living river, just as much as Bangkok is. I live in the sense that it is fundamental for the life of its inhabitants. I have seen people fishing, washing clothes, sailing boats of all kinds. It is still now one of the main communication routes of the city.

What catches the eye, even in a slightly disturbing way, is its color. Brown-green, mud color. To move around Bangkok in 2 days you can take the Chao Praya River Express and use the boats to reach the main attractions of the city. 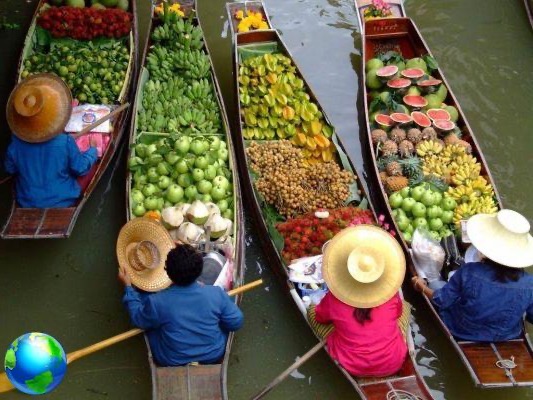 To best visit this market it is advisable to get there early in the morning, between 7 and 10. Also keep in mind that the Damnoen Saduak floating market about 100 km from the city, so plan ahead.

At the market you can try the typical cuisine, buying street food from vendors who cook it directly on the boats. Here too, in addition to food, you can buy a little of everything at affordable prices.

Audio Video Bangkok in 2 days, what to see
Marseille, French Riviera and Paris by train ❯

Koh Kood (Thailand): what to see

Bangkok: where to sleep, where to eat and how to get around

What to see in Chiang Mai (Thailand)

What to see in Phi Phi Island: the beaches and the activities not to be missed

What to see in Chang Rai (Thailand)

add a comment of Bangkok in 2 days, what to see