August in Milan: what to do and where to go 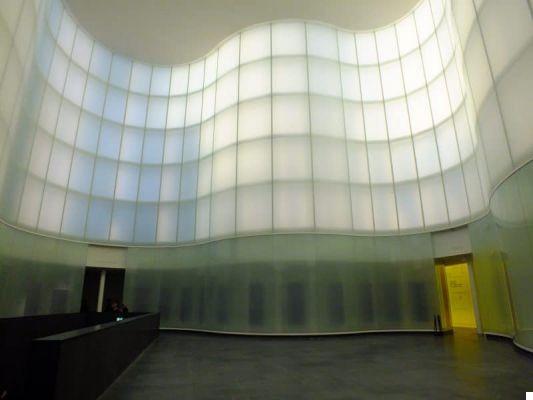 If you love cinema, on the other hand, you can go to one of the open-air cinemas that 'remain open' in August in Milan (but don't forget to bring the Autan!). There is the classic Antaeus, which this year has chosen as its location the cloister of the Incoronata in Garibaldi, that of the Umanitaria near Porta Romana, the courtyard of Palazzo Reale and the Three-year.

In the eastern area (Rubattino) there is theArena Milano Est, where outdoor cinema and cabaret shows alternate. Super nice review Mid-August Classic Week  from the 10 to the 16 August 2020 which summarizes 70 years of history in 6 timeless films including Battleship Potemkin, Titanic, the Goonies and Pretty Woman.

If instead of sitting on a chair you prefer to relax watching a movie staying in your car or riding your bike or moped, I have the place for you! It opens in fact from 24 June to 16 August Drive-In Milan, in via Senigallia, near the North Park. Admission has the symbolic cost of €2, which will be donated to the Mutual Aid Fund of the Municipality of Milan.

Advance reservations are required for both cinemas.

Find several ideas in the articles:

A dip in the water (in Milan or outside the city)

Speaking of bathrooms, if you can't get away from Milan you can go for a dip in one of the many swimming pools (municipal and non-municipal). If you are looking for advice on the most beautiful pools, you can find it in my article Outdoor pools in Milan: where to go?

Alternatively, there are the classic trips outside the city to take a nice swim in the sea or the lake. Find some ideas in these articles already published: "Farmhouse with swimming pool near Milan: where to go", "Milan, where do you go for a dip outside the city?" o "A trip to the lake" or "Cervo, a pearl of Liguria", "A day in Genoa between the alleys and the sea"


If you are looking for the cool, a nearby and beautiful trip to do is the Bernina Express: from Tirano to St. Moritz with the red train.

Now you have the vademecum to survive, don't despair?

PS Sul website of the Municipality of Milan find all the events organized in the city as well as the updated lists and the geo-referenced map of the businesses open in August and discover the closest business according to individual needs (Pharmacies, bakeries, markets, tobacconists, petrol stations, etc.)

Agriturismo with swimming pool near Milan: where to go ❯

add a comment of August in Milan: what to do and where to go