New York is there main tourist destination in the United States. The reason for this is not only for the many attractions, museums, things to see and do that the city offers, or for its magical atmosphere, especially in the evening with all the skyscrapers that light up the New York night, but also because it is the cheapest and easiest-to-reach destination in the USA from Spain.

If you are a lover of amusement parks and dream of the theme parks of Florida and California, even on a trip to New York you can enjoy a preview of the magical atmosphere that reigns in American parks.

The parks of Florida and California are the best and most beautiful in the world, but also amusement parks in New York and New York State they are just as beautiful and interesting to visit, especially if you love zoos, of which the Big Apple boasts five.

One of the stops and parks not to be missed is the Coney Island funfair, New York's historic amusement park located on the beach. The typical and magical atmosphere that reigns in this place has led many directors to choose this location for their films.

In this short guide you will find all the information on attractions, zoos, aquariums, amusement parks and amusement parks to visit during a trip or vacation to New York.

Fantasy Forest Queens - in the heart of Flushing Meadows Corona Park, near the Queens Zoo, this amusement park offers rides, attractions and shows

Queens Zoo - wildlife park located in the borough of Queens

Fantasy Island - is an amusement park located on Grand Island

Six Flags Darien Lake - is a resort located in Darien, with a theme park, a water park and a campsite

The Magic Forest - is an amusement park located in Lake George


Seabreeze Amusement Park - is a historic amusement park in Irondequoit, a suburb of Rochester

Playland Amusement Park - is an amusement park located in Rye

Sylvan Beach Amusement Park - located on the eastern shore of Lake Oneida, it is an amusement park suitable for the whole family

Santa’s Workshop, North Pole, NY - located in a hamlet of Wilmington, it is one of the first theme parks in the United States

Roseland Waterpark - is a water park in the Finger Lakes region

Huck Finn’s Playland - is an amusement park located in Albany

A - is an amusement park in East Farmingdale 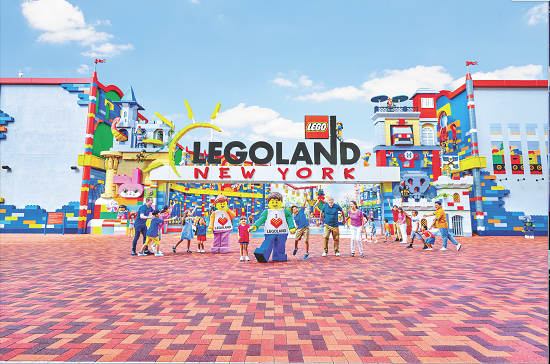