Amber in Salamanca: here's what to expect in Spain 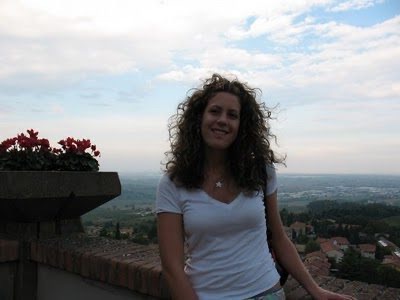 When did you go to Salamanca and why?
I was in Salamanca for the first time back in 2002, it was August, 4 weeks of intensive Spanish course, organized by International Courses, an excellent school for those who want to learn the language. I was 17 at the time, I lived it as a unique and highly formative experience. Salamanca is a perfect one touristic city particularly in the summer and a meeting place for 38.000 students who choose it every year to go to study (not counting those from Erasmus grants and other grants). At the time I still did not know that I would return through the Erasmus grant: I arrived in September 2006 and I stayed there until the end of February 2007, six absolutely unforgettable months. Salamanca is an ideal destination for those who want to make a pleasure trip but it is also the best from a linguistic point of view, because there is the best school for teaching and it is one of the most importantInstituto Cervantes (body that promotes Spanish beyond national borders and that deals with certifications as a foreign language).

Salamanca was decreed European city of culture in 2002 (Unesco Heritage), it is small, welcoming, culturally alive and from the point of view of entertainment it lacks nothing: there are those who have defined it as the Spanish Rimini.

The thing more low cost in Salamanca?
Certainly there drink. In general, everything about it leisure and entertainment: there are still restaurants where for 12-15 euros you can eat a complete menu from appetizers to desserts; in addition, the premises are all free and shots a 1/2 €. Accommodation is also very cheap: I met several people who, before finding a home, stayed several nights in hotels or hostels. You can find nice, clean and downtown locations. 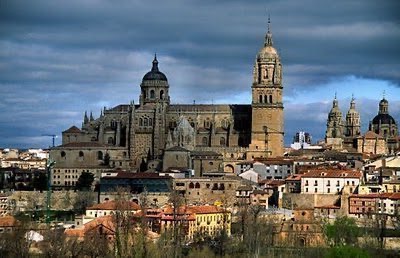 Benefits and defects of Salamanca.
The greatest merit is to be one city ​​on a human scale: small to go around but full of beauties to explore (the whole part of the old city and the Roman ruins, the two cathedrals, the Casa de las Conchas, the most beautiful Plaza Mayor in Spain, and so on). It is a little gem, still unknown to many tourists.

Defects there are two: if you come for a relaxing holiday, don't look for a hotel in the discos area (you won't sleep); the second concerns the prospects of living there for a long period, since there is little employment, few job opportunities, in the long run it can be a closed space.

Have fun in Salamanca
There is truly spoiled for choice: starting withappetizer (the so-called caps or pinchos as they call them in Castilla) which can be tasted in the many cafes around the Plaza Mayor to the Van Dyck cinema area, about 20 minutes walk from the center. For dinner, as long as you are still hungry, I recommend an excellent one Paella in one of the restaurants located in Rua Mayor (the one at Mesón Las Conchas is wonderful), as well as typical Spanish dishes and usually low-cost menus that can be found in bars all over the city. For after dinner, however, the most popular places are there chupitería and discos on Calle Prior and the Gran Vía area, a must at the Daniels chupitería. All strictly in the center. 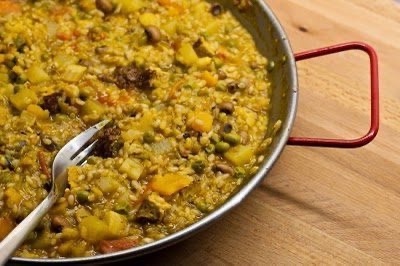 How to find one house in Salamanca and how much is it
Finding a home is very easy: there is a constant turnover and most people and students arrive in the city without accommodation find them easily in less than a week. The best way remains that of the site of theSalamanca University: in the section Accommodations find ads. I stopped the pockmarked house from Italy, with a deposit. I have not regretted it then. However, if you want to see it first, then book a hotel / hostel on one of the dedicated portals or through the university website, they are cheap (for the hotel, around 40 € per night the single, thehostel 18-25 € about) and take the time to visit the city covered with ads of houses and rooms for rent. The average cost of renting in the central area in 2007 was about € 200 per month, expenses included. Really low, compared to many Italian university cities.

How are the friends
If you are on Erasmus, go live with Spaniards. It is the best way to make friends, especially if they come from nearby cities for study purposes. You will not miss the opportunity to return with a remarkable command of Spanish. In universities they exist student committees who organize outings, trips and events in general for Erasmus students, to socialize and meet people, the ads can be found on the Faculty website or just ask one of the Tourism offices (Tourist Point) located in the city. The most central is right under the arcades of the Plaza Mayor. In any case, there is no shortage of theme parties: Tuesdays and Thursdays are definitely lively university evenings.

One last Advice, if you are still not convinced to include it in one of the next ones travel destinations, do the virtual tour of the city: no, you are not dreaming.

Audio Video Amber in Salamanca: here's what to expect in Spain
Salon Schmuck, eat in Berlin for less than € 15 ❯

add a comment of Amber in Salamanca: here's what to expect in Spain