A trip to Antarctica: on a cruise to the mythical South Pole

Among fellow travelers we advise each other, exchange info, but above all do we envy each other? And if there is a trip that I have always envied my friend, and great traveler, Francesco Middei, there is obviously his honeymoon. He and Luisa have made the journey that is worth a lifetime, between Argentina, Patagonia, Chile, Easter Island ... but above all:

It happens that this is also my "trip of a lifetime", but not knowing when I will be able to make it, in a "tafazi" moment I asked Francesco if he would like to write his travelogue to Antarctica .. and he accepted!

Enjoy it and look at the incredible photos of this incredible place at the end of the world. 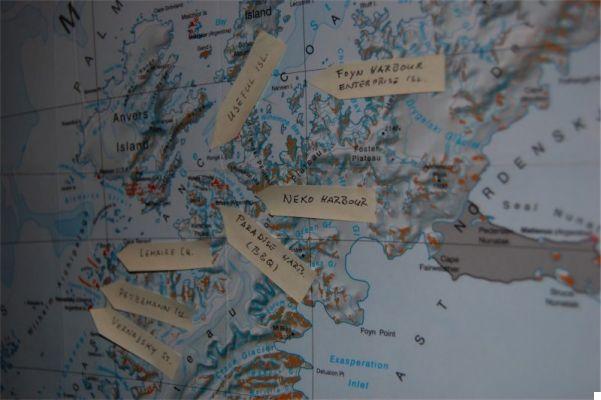 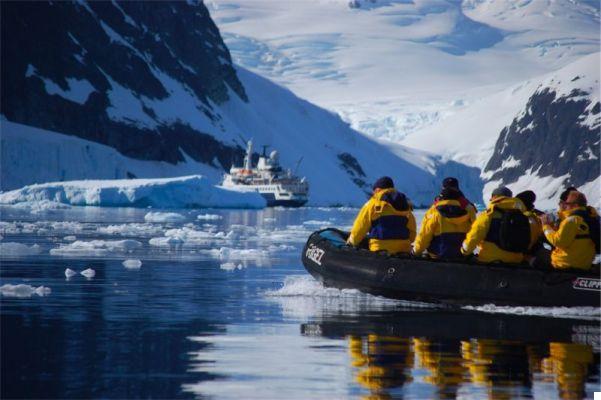 The choice of the period: when to go to Antarctica

"When someone sets the wedding date according to the honeymoon, there are only two possibilities: either he is totally stupid or he wants to fulfill the dream of a lifetime ...go to Antarctica. Luisa and I believe (and hope) to be part of the second category, but when in doubt we made our dream come true.

We left a few days after our wedding and after a couple of weeks around South America (Buenos Aires, Santiago de Chile, Easter Island and Patagonia Argentina) we arrived at Ushuaia, the southernmost city on earth and therefore called “La fin del mundo”… but if the world ends there, just go a thousand kilometers further south to get to paradise… Antarctica.

We embarked on the evening of December 29 on the Clipper Adventure, a cross between a cruise and a scientific expedition, and after exhausting lessons and safety training we finally sailed south. After a leisurely cruise along the Beagle Channel, we passed Cape Horn and began our Drake Passage. 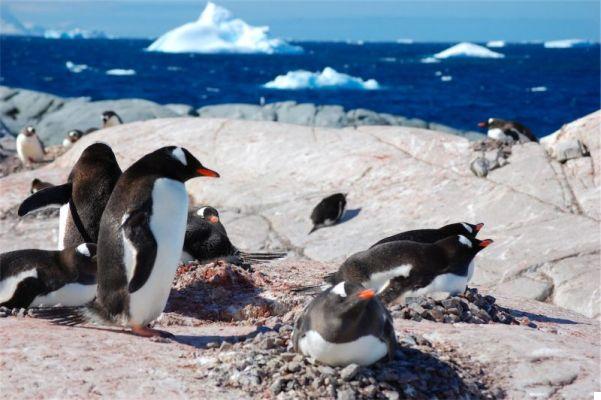 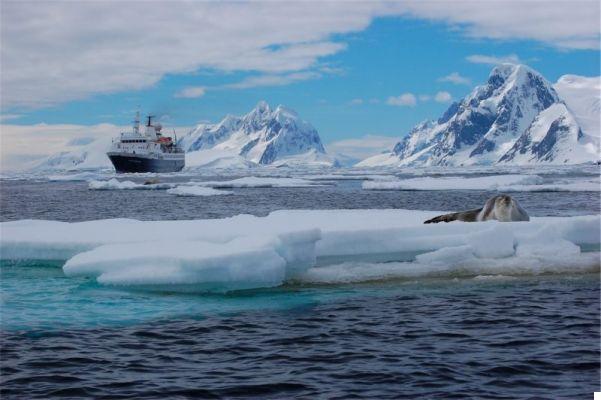 The Cruise to Antarctica

It didn't take many hours to make us understand why this stretch of sea between Cape Horn and Antarctica is the most feared in the world… at 6 the next morning we were woken up by waves 20 meters high and by the voice of the captain via intercom: “Welcome to the Drake !!”. I read somewhere that in the Drake Passage "Nature is left free to do what it wants" and in fact even the largest and most robust ships seem powerless and totally at the mercy of wind and waves.

Despite the splendid company of whales and albatrosses who accompanied us on the crossing, the three days of sailing were quite tough, but once we reached our destination, the Antarctic peninsula, we were amply rewarded by an incredible spectacle, immediately forgetting all the hardships and sufferings of the journey (or at least postponing them to the return journey).

Entering the first bay of Antarctica was creepy: the ship moving slowly to break through the ice pack, surrounded by icebergs of all shapes and sizes, with seals enjoying the sun on some of them and that every now and then we were worthy of a curious look.

As we got closer to the coast, the environment came to life and was populated with penguins who swam and jumped in the water or played while sliding off icebergs. The mountains we saw in the distance have become increasingly clear, showing glaciers so majestic that the Perito Moreno seen a few days earlier in Patagonia looked like a trivial scratcher.

The first landing on the mainland left us an incredible emotion, we got off the rafts we were greeted by thousands of curious penguins. Not being preyed on for years, they do not perceive man as a threat for which they approach without fear. You have the sensation of entering their house and for the first time I had the sensation of being a guest of nature. We were the intruders, the anomaly. 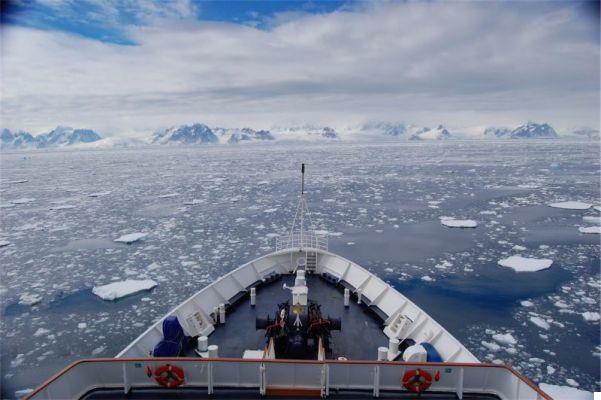 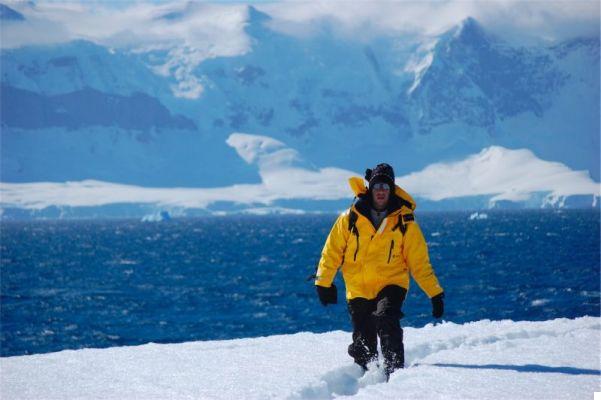 The following days were one wonder after another. The weather was particularly mild and gave us 4 days of sunshine that illuminated and colored the ice with a thousand turquoise colors. We were able to do all the planned excursions without any problems, an eventuality not at all obvious, going down with the rafts twice a day and always in different places. The pack and wind conditions also allowed us to navigate the spectacular Lemaire channel, a narrow channel full of icebergs and with vertical walls of rock and ice, perhaps the most beautiful and impressive natural wonder I have ever seen. I was unable to detach myself from the deck of the ship for the entire crossing.

After four unforgettable days in the midst of hospitable animals and turquoise colors, we once again faced the Drake Passage to return to the “mundo”, in Ushuaia. Fortunately this time the sea was more forgiving and the journey much less demanding. All the time we have been thinking about when we will return to those places, hoping to find them still so beautiful and unspoiled. 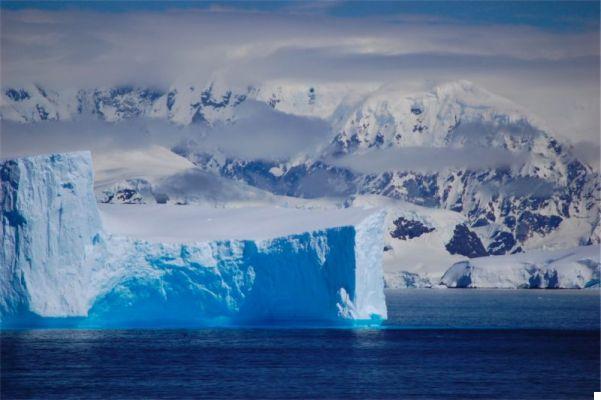 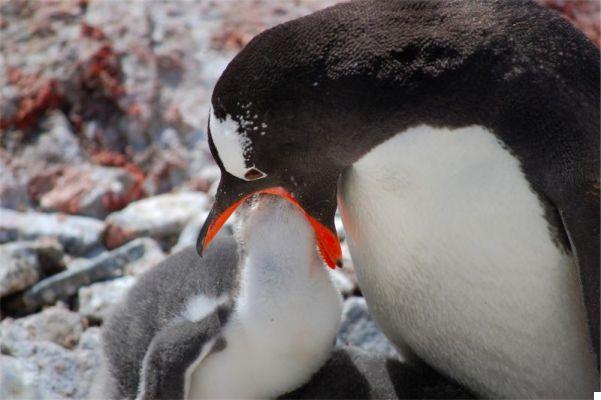 When to go to Antarctica and how to organize the trip

The only time you can visit Antarctica is from November to February. There are several specialized agencies, but I absolutely advise against going with large cruise ships that do not allow you to go ashore even once. Smaller ships are better able to approach the coast and sail in the pack. Only downside… the price !! 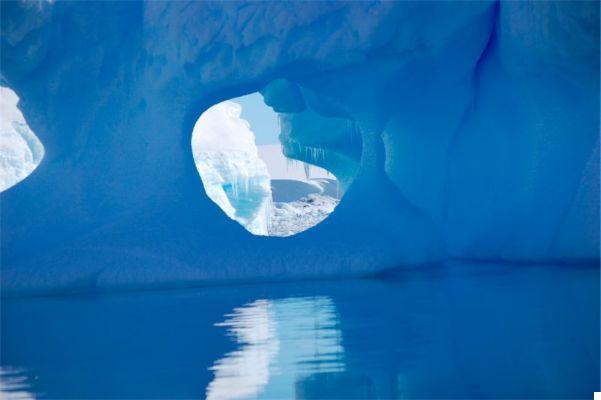 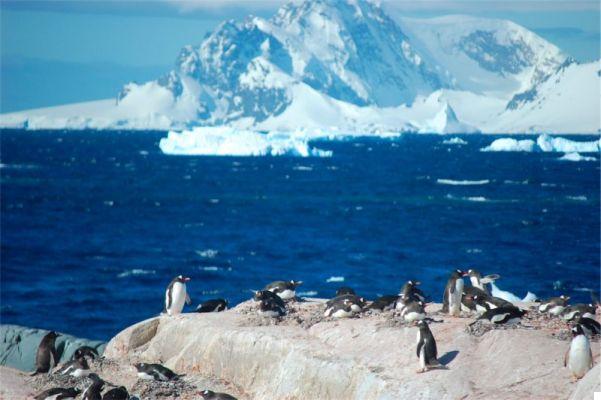 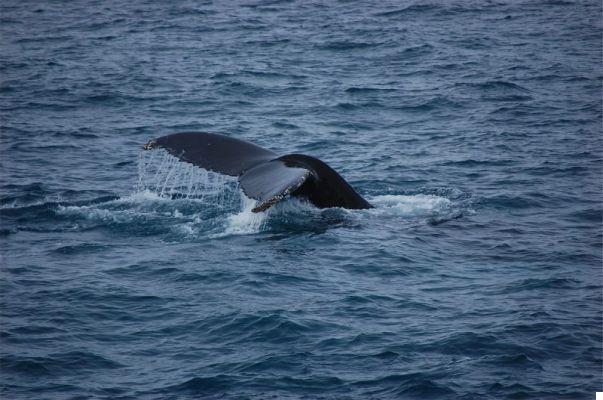 A trip to Burma, the magnificent Myanmar ❯

Chilean Patagonia and Southern Chile: the Lakes Region, the island of Chiloé and Torres del Paine

What to see in Buenos Aires in 3 days

Argentina, five places not to be missed

Perito Moreno: how to organize the visit

add a comment of A trip to Antarctica: on a cruise to the mythical South Pole