A record stay in Dresden 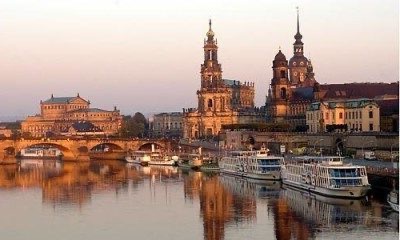 Dresden is a German city that became famous because it was completely razed to the ground during the Second World War. What is not known about this city is that holds a lot of records, with respect to its tourist facilities, food and its monuments as well as having been declared World Heritage Site by UNESCO. A city worth visiting.

Among the various records, even the most trivial or unimportant, even the first tube toothpaste of the world, the first shoe cream in a tube, but also the largest porcelain mosaic in the world, the largest porcelain collection in the world. The first was also invented in Dresden coffee filter, the station of Dresden was the protagonist together with that of Leipzig of the first longest railway connection in Germany in 1839.

The last two goodies are for the oldest funicular in the world for the transport of people, still in operation, dated 1898/1901 and the most beautiful dairy in the world.

Dresden is also home to the most beautiful dairy in the world, born in 1892, built and managed by the Pfund brothers and covered with historical and decorated decorations and tiles. Here the brothers created condensed milk as early as 1886.


If the city of Dresden as a whole is cheap enough, what isn't cheap at all is getting there. THE cheapest flights to Dresden they all make a stopover in Cologne or Frankfurt making the traveler lose almost a day of travel. With Ryanair you can get to Frankfurt with a low cost and then take the train which if not booked well in advance costs you more than the price of the flight.

Audio Video A record stay in Dresden
Sleeping in Paris, Montmartre area at 48 € per night ❯

Frankfurt where to shop: Berger Straße

H + Hotel Bremen: where to sleep in Bremen

Oktoberfest, by bus to Munich

Savory breakfast in Munich for € 7, at Rubenbauer's

HB in Munich, where to party in Germany

add a comment of A record stay in Dresden