A day in Pisa between Modigliani and Mitoraj

Mitoraj and Modigliani exhibition in Pisa, on a day trip to Tuscany, what to see and where to find the artists' exhibitions.

I like to go to Pisa in winter, when the city is quieter and "dozes" but in reality it always holds interesting exhibitions. Even then if the appointment is double, like this time. At Palazzo Blu the theme is particularly interesting, because the exhibition entitled Amedeo Modigliani et ses amis.

If you arrive from Pisa Centrale station, it takes just ten minutes to reach Lungarno Gambacorti on foot. The ticket for the exhibition costs 10 euros and includes the audio guide, which gives good indications for a more complete reading of the exhibition. 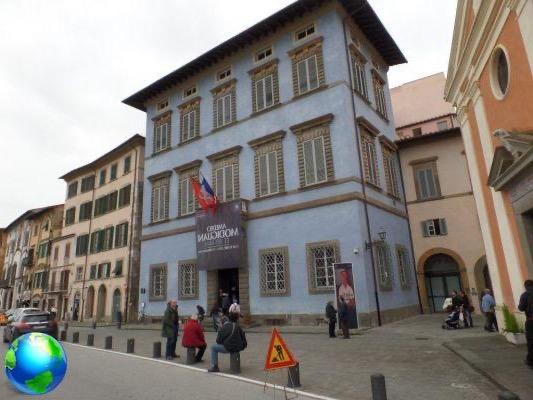 I really like Modigliani but not being very knowledgeable on the subject I was not aware of the cultural context in which he worked and instead this, with that part of the title "et ses amis" is really the framework within which all the characters of that Paris move of the early twentieth century, full of unique, brilliant figures, with interesting lives, sometimes cursed or just unfortunate like Modigliani himself.

His works on display are not as numerous as I expected, but very significant in terms of his innovative approach to sculpture, of his quick and instinctive way of drawing, of his way of making portraits, the ones that made him famous. Also beautiful are some black and white photos that show the models, places and people of her life.

The works on display come largely from the Center Pompidou and other French museums, so seeing them in Pisa is a great opportunity. The exhibition at Palazzo Blu lasts until February 15, 2015.

Collateral to the Palazzo Blu exhibition there is also an exhibition at the San Matteo Museum entitled The False Modigliani where you can see the three heads sculpted as a joke by three young people from Livorno a few years ago and then thrown into the canals of Livorno: at the discovery they talked about the discovery of the century, critics squabbled until the three admitted the joke. 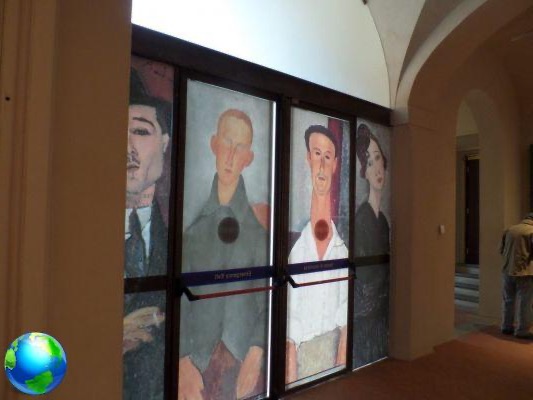 Your day in Pisa can continue with a nice walk along the Lungarno and the subsequent crossing of the river, until you reach the Campo dei Miracoli. Here, between the Palazzo dell'Opera, the Sinopie Museum and the square itself, the exhibition of Igor Mitoraj, Angels. The artist recently passed away and the exhibition, in agreement with the heirs, has been extended until 12 April 2015.

In his imaginative and solemn style one can admire bronzes, large monumental sculptures, unfinished characters; but also plaster - unpublished - and drawings. The entrance fee is 3 euros, but several works are exhibited in front of the famous monuments of Piazza Duomo. 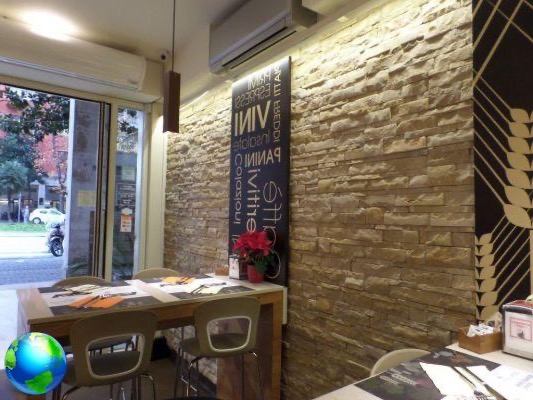 Finally a suggestion for eating. In a previous post I had already recommended the place in piazza Chiara Gambacorti, very close to Palazzo Blu, which is called Bread and wine and which offers dishes from nearby Garfagnana. This time I stopped by instead True Bistro which is located in viale Gramsci 5 (the road that leads from the Central Station to the Arno). The restaurant is new and run by young people, it is suitable for a quick lunch or an aperitif.

There are express dishes and salads, but also sandwiches for the more hasty, desserts and coffee. I appreciated the kindness and good quality of the food, so I recommend it.