3 castles in Great Britain: here are the most beautiful 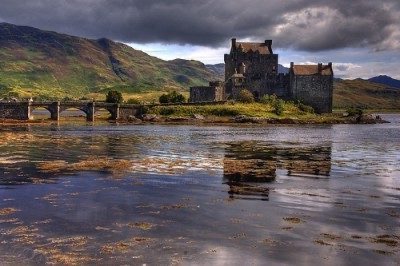 Dunstanburgh Castle's, little known compared to most other British castles, however the atmosphere created by its suggestive ruins is undoubtedly one of the most enchanting in the country. It is located in one of Britain's least famous areas for castles, the Northumberland, with its many imposing fortresses that bear witness to centuries of fighting against Scottish neighbors, it is a paradise for lovers of historic buildings

Eilean Donan She has appeared in scenes in numerous films and television programs, the most famous being Highlander and The World is Not Enough from the well-known James Bond series. Exactly as shown in the films, Eilean Donan is located in an enchanting landscape, offers a decidedly suggestive view and is a mandatory stop on the itinerary that leads to the Highlands northwestern.

Glamis Castle in the central part of Scotland it is known to be the most haunted by spirits. This castle offers countless ghost stories and classic scary images. And if you visit the castle during the winter or on a stormy night you will immediately feel that an unhappy spirit wanders in every tower and dungeon.

Audio Video 3 castles in Great Britain: here are the most beautiful
Photographic exhibition in Modena for April 25th ❯

add a comment of 3 castles in Great Britain: here are the most beautiful