10 tips for surfing in Australia

Ten tips for surfing in Australia: practical advice, technical information, dangers on land and in the water, rips and many other curiosities, only for true surf lovers.

It is one of the most desired and sought-after destinations. To reach it you have to literally go to the other side of the world. Australia is one of those destinations that is unmatched with breathtaking views and rare animals that you only find there or at the zoo. 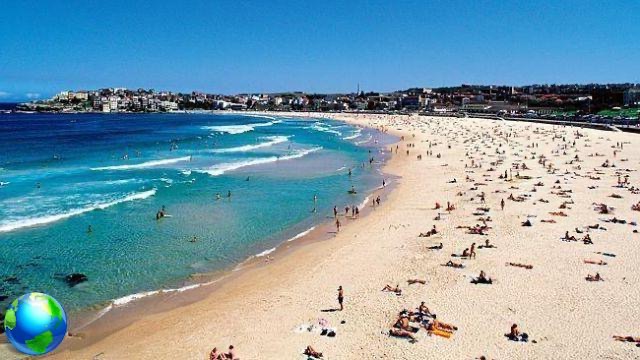 Describing all the beautiful things to see in Australia would be too easy, the web is full of them. In this article I would like to give 10 tips and recommendations for those who decide to embark on this journey.

In some places it might seem catastrophic but I just want to let you know what you might find, so that you can take the necessary precautions. 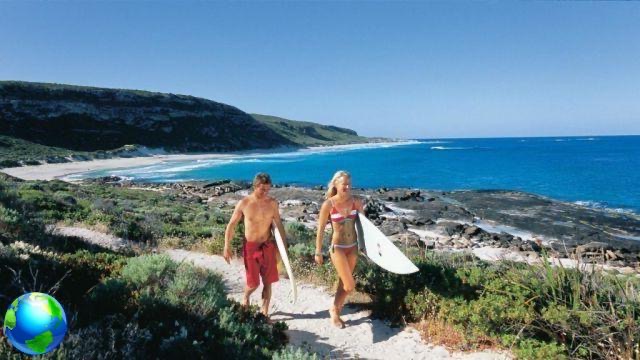 Let's start with the flight

After making reservations, establishing the road map, you arrive at the airport ready to face a journey that lasts on average between 20 and 25 hours, almost always with at least one stopover. So bring something to pass the time, a book is often a solution that doesn't bother the neighbors.

Alternatively, while listening to music, watching movies or playing games on a tablet or smartphone (with headphones), time should pass quickly. When sleeping, time "flies".

Every now and then remember to get up and take a walk to stretch your legs.

Remember that Australia is in the Southern Hemisphere, so the seasons are reversed. Summer is from December to February, autumn from March to May, winter from June to August and spring from September to November.

Due to the position in which it is located, Australia is crossed by two climatic zones, the northern part is tropical and therefore hot, while the southern part is temperate, with the temperature that varies with the seasons and at night. 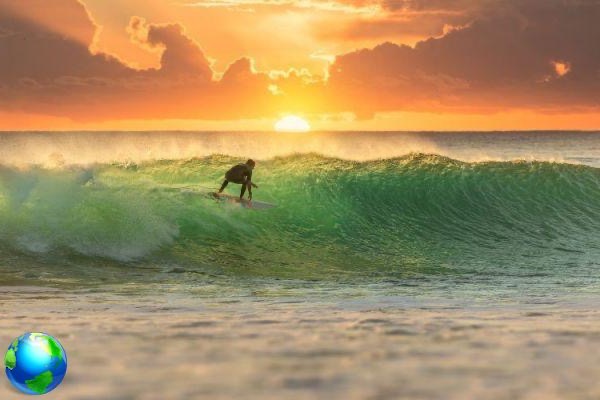 The sun is hot

Pay attention to the sun's rays, very strong both on the coast and in the inland areas, the desert ones to understand.

Pack a good sunscreen, at least a hat and light clothing. Drink a lot to make up for lost fluids and avoid dehydration.

Dangers in the water

Once you arrive on Australian beaches, whether you want to take a swim or are there to surf, you have to pay attention to the animals you might encounter, including sharks and stinging jellyfish. Shark attacks are rare, but it's always best not to take the risk.


Australia is also famous for crocodiles, so check out the signposts before entering the water in rivers, estuaries and lakes. The presence of these predators is always reported. 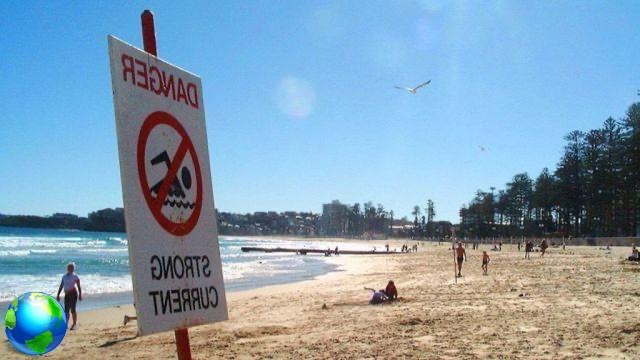 In addition to animal dangers, in the water, you must also be careful of the currents that take the name of "rips". To swim or surf safely check for areas delimited by red and yellow flags.

Inside that body of water you can be safe, as there are no currents and the nets placed offshore prevent sharks and jellyfish from approaching. For any doubt ask the lifeguards, almost always present on the major beaches.

Australia is not just coast and sea. The inland area is also an important attraction.

If you have thought of hiring an off-road vehicle to go and visit Central Australia and take a picture with the famous Uluru in the background, the great boulder symbol of the country, you must have take some precautions.
Make sure the off-road vehicle has a good GPS, get a map, a supply of water, food and fuel and at least 2 spare wheels. It would be advisable to ask for help from a guide who knows the area well. 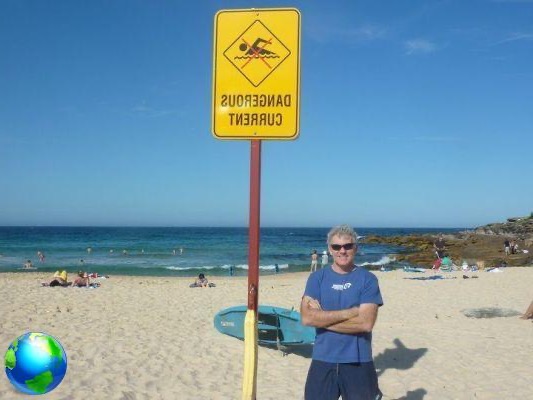 Australia's dangers aren't just found in the waters, whether they're fresh or salty. Even in hinterland excursions you have to be careful where you put your feet.

The most poisonous snakes in the world are found on this continent, then there are spiders, scorpions and insects.
Watch out for kangaroos too, surely you have already seen some videos showing their boxing nature.

Talk to a surfer about Australia and after a few seconds you will see his gaze get lost in the void. His mind has already made the whole journey and now he imagines himself on the crest of the wave.

With 10 thousand km of beaches it is possible to find spots for every level and with every type of wave.
Obviously there are various schools and shops that rent the necessary equipment to enter the water. 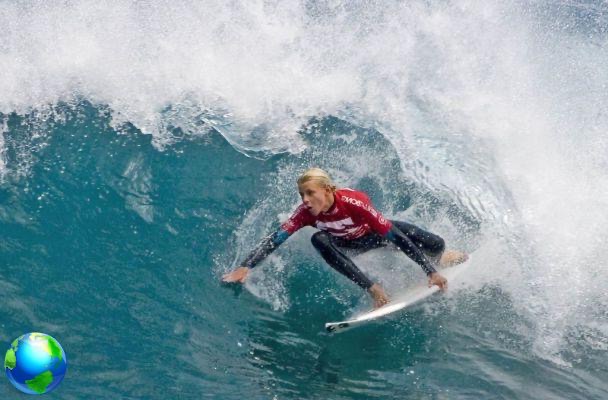 Stages of the world of surfing

If you are passionate, the first 3 of the 11 stages of the World Surfing Championship are held in Australia between March and April. Seeing the best surfers in the world in live action could be a good reason to fly to Australia.

The first stop is in Queensland, on the Gold Coast south of Brisbane.
The second is on the opposite coast, the west coast, in Margaret River south of Perth.
For the third leg you have to fly south, near Melbourne, to Bells Beach, in the state of Victoria.

The currency used for payments is the Australian Dollar (AUD), but you can do the exchange at the airport, hotel or local banks. However, major credit cards are accepted.

Electric current is 220-240 volts, AC 50Hz. The socket is a three-pole Type I socket, so get one or more adapters. In several areas, especially in the most remote ones, cell phones have no range. Access to an internet network is often available in bars, hotels and libraries.

Pay attention to what you bring with you. Customs is very restrictive regarding the import of products derived from animals and plants, it is better to declare everything.

Audio Video 10 tips for surfing in Australia
Couchsurfing: sleep for free in every city in the world ❯

Mini-guide on how to organize a trip to Australia

Sydney: 10 stops in one day

Brisbane: a day to Mt Coot-tha and the Botanic Gardens

add a comment of 10 tips for surfing in Australia