10 reasons to visit Malta in all seasons

Malta is always beautiful in all seasons, here are 10 reasons to visit it in autumn and winter, not just in spring and summer. 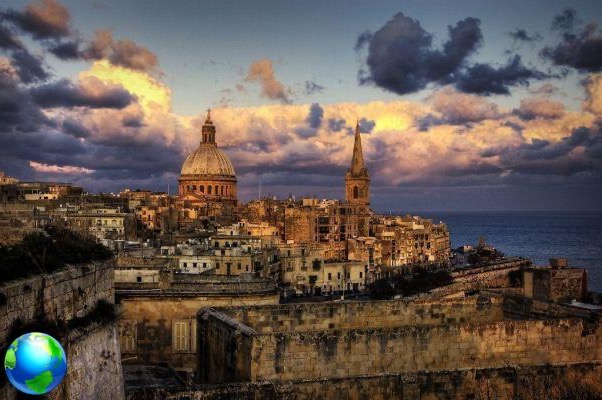 The dazzling light and the colors

It is the first thing that catches your eye as soon as you arrive in Malta. The blue of the sea, the yellow of the houses, the white of the boats, the red of the earth, the purple of the bougavillas ... Anyone who arrives on the island, in any season, is hit by a palette of bright and gaudy colors, which overwhelm like a train in motion and cannot fail to charm even the most distracted traveler. 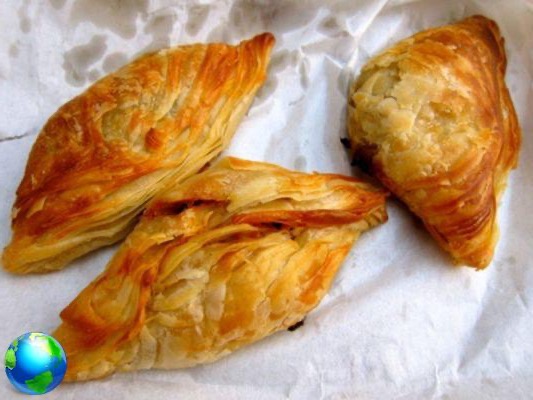 From the fish triumphs of Marsaxlok, to the beloved street food that can be found everywhere for a few euros (not to be missed are the pastizzi and ftira, the local bread stuffed with spicy sauce, tuna, tomatoes, onion, beans and fresh mint), to fusion kitchens, Malta, a crossroads of peoples and people, is a triumph of flavors that are flaunted almost with non-chalance. A restaurant open 365 days a year! How to resist temptations and gastronomic experiences?
Contrasts between old and new
Malta is an island deeply proud of its turbulent past (from the Phoenicians to the English, passing through Romans, Turks and knights… everyone has been there!), Which proudly and consciously exhibits its vestiges. At the same time, however, it is projected towards the future, and has enthusiastically launched into scientific research, logistics and commerce. These two faces are clearly visible, and the gleaming Baroque churches coexist harmoniously with modern shopping malls and designer buildings (just to name a name, the new Maltese parliament is by Renzo Piano).

As small as it is, Malta, like its younger sister Gozo, has a lot to offer… and many, many people of all ages and backgrounds are realizing it. The reason is easy to say: from Paceville, the mecca of discos that every night echoes with the rhythms of dance, techno and Latin American music, to the refined clubs of Valletta, where jazz is the host, to organized reggae music festivals , in the summer, on the beach, the island is a real amusement park, where those who want to have fun are spoiled for choice! 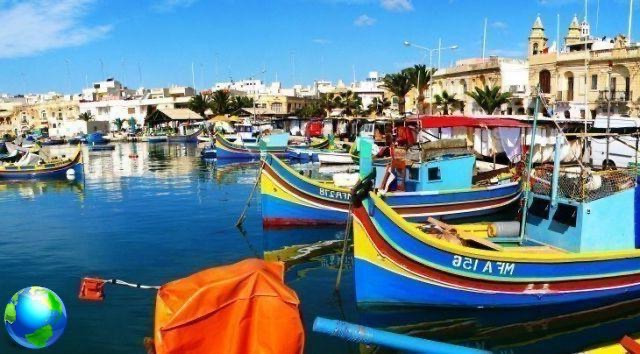 The Arabs dominated Malta for about three centuries (from the IX to the XI), and continued to stay there even after. Their influence, ça va sans dire, is profound and still permeates every aspect of society today: from the kitchen, very spicy, to the language, to the courtyards of the houses, to the talent for business and commerce, to the passion for hunting. The fascinating Arab atmospheres lurk in every corner, and the traveler will seem, as if by magic, to be transported far, far away… Maltese magic.
Lost corners that recall Sicily
It would not seem seeing the glittering shop windows of Sliema or the chaotic streets of Kalkara, but moving a few kilometers away you will find another Malta, made up of villages with a square and benches, prickly pears, silence, windswept rocks and little else. A snapshot of Sicily in the mid-900s, in which the feeling of calm, quiet, reassuring stillness is the master. Experience that deeply touches and irremediably bewitches .. Seeing is believing! 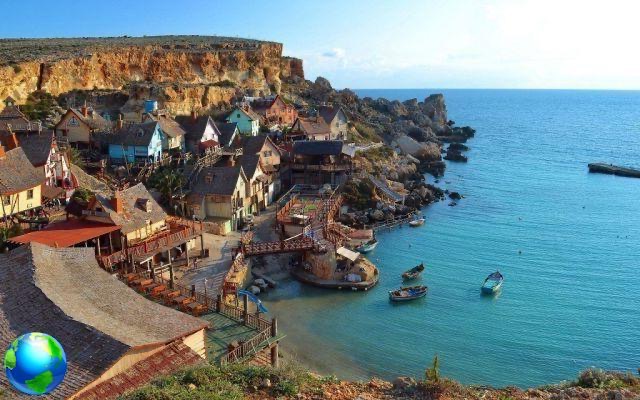 It is known that travel addicts looking for adventure seek, first of all, cheap prices. It is not just a practical requirement! It's a life style! Here in Malta, the ABC of the traveler (transport and beer, a faithful companion in explorations) has a truly negligible price. With € 1.50 you can travel around the island all day by public bus. The ferry to Gozo, round trip, costs less than € 5, and Cisk, the glorious and thirst-quenching local beer, for just over € 1.
There is no excuse, then! All you need is the desire to discover, and you can explore the island with a few euros! 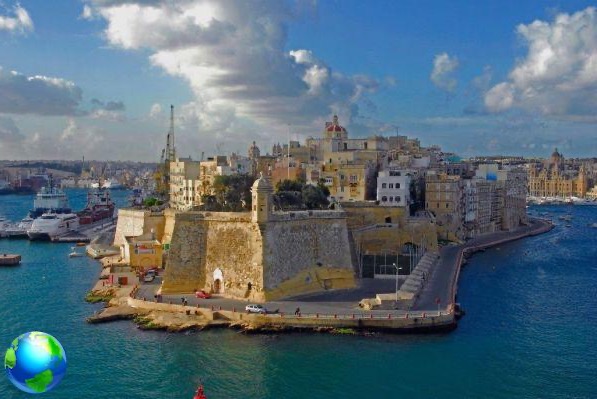 From patronal festivals, where people dress up in the best clothes and the real happenings are the procession and concert of the band, to music festivals, reggae sessions, the Maltese calendar is full of events ... all year round .. other than to taste as much as possible and discover (or re) discover as much as possible, without being intimidated by the incomprehensible language!

Beaches and cliffs are, together with the sea of ​​incredible colors, the main attraction for the throngs of people who every year pour, punctual, in the Maltese islands ... AND REASONLY! Golden beaches, vertiginous cliffs that recall the Irish ones and plunge headlong into the sea, small coves .. the islands of the Maltese archipelago are lands of contrasts, where nature has really indulged itself ...
And all this is available 365 days a year! Thanks to the mild climate, therefore, even in winter you can take long and relaxing walks on the soft beach of Gahin Tuffieha, or challenging trekking experiences on the southwestern cliffs! The choice is yours, dunq ue! Malta is there and, fortunately, does not run away! 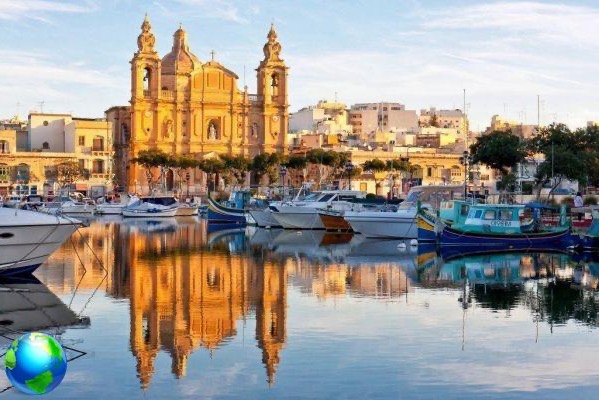 Last but not least, we cannot but conclude this post without mentioning them: the Maltese. What is a place without the people who inhabit it? An empty container!
Well, that's not the case with Malta. The Maltese "fill" the island and characterize it. They are a people deeply attached to their culture; apparently shy, also because of the language, he reserves unsuspected openings (especially towards Italians, who feel a bit like neighbors) and gestures of kindness. Above all, they are a delightful people, who take advantage of every moment and every corner (from the village party to the most remote tavern) to party and have fun. Let's not forget that there are also in winter! 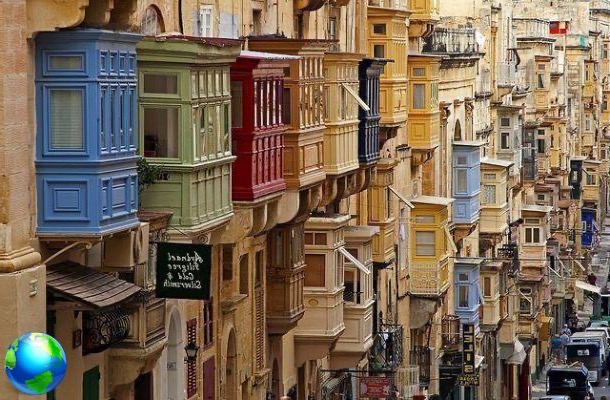 As a bonus, the eleventh reason to visit Malta.
It is the magical synergy between the scent of oregano and the wind that comes from the sea. Go to the Dingli Cliffs or the cliffs surrounding Paradise Bay ... and BREATHE ...
A wild, powerful, primitive force will penetrate your lungs .. and make you understand why everyone is trapped and subdued by the energy that this island exudes from every pore.

Gozo (Malta): what to see and the most beautiful treks

How to get from Malta Airport to the center